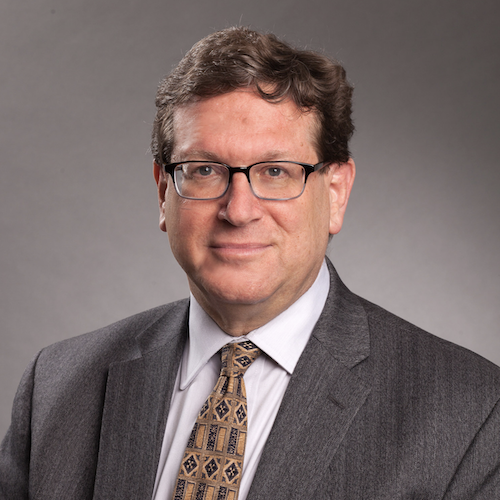 Steve Pershing is an experienced litigator and law teacher with a lifelong passion for civil rights. From the late 1980s to the mid–’90s, he developed and litigated civil rights and liberties cases as legal director of the Virginia ACLU, and ever since then has served on its legal panel. From 1996 to 2005, he was a senior attorney in the Civil Rights Division at the U.S. Justice Department, litigating for minority voting rights across the nation.

Steve then served for four years as senior counsel at the Center for Constitutional Litigation, P.C., in Washington, a boutique aligned with the plaintiffs’ trial bar which litigates civil justice issues nationwide under the U.S. and state constitutions. From 2009 to 2011 he was the first full-time director of the UCDC Law Program, the intensive Washington semester program for the law schools of the University of California, and in 2011 he founded a similar program of his own as a nonprofit consortium of law schools. He has taught voting rights law as an adjunct at George Washington since 1999, and has also taught law at William & Mary and American University. He has been of counsel to the plaintiff-side civil litigation firms Hall & Sethi and Charlson Bredehoft Cohen & Brown, both in Reston, and The Chavers Firm, LLC, in Washington, representing civil rights plaintiffs and other individuals and businesses in a wide variety of matters.

In an article for Law360, Steve explained that employment law is the busiest area of civil rights litigation and often involves the most vulnerable members of our community. “Workplace injustice isn’t going out of style,” he said. “And in a society like ours, where people’s identity is so wrapped up in their work, I feel the predicament of my employee clients especially keenly.” Read the full article here.

Steve is a 1979 graduate of Harvard College and a 1987 graduate of the University of Virginia Law School, where he successfully sued his alma mater on behalf of student protesters under the First Amendment. From 1987 to 1989 he was law clerk to U.S. District Judge Julian A. Cook, Jr., of the Eastern District of Michigan in Detroit, who presided over the $1 billion Northwest Flight 255 air crash litigation.

Steve grew up in Huntsville, Ala., and New York City. He is a devoted amateur classical violinist and a former public radio music producer, long-distance cyclist, and recreational sculler. In his nonexistent spare time, he is a freelance editor and voice-over artist. He lives on Capitol Hill with his spouse and son. You may see him zipping around town on his silver Vespa 250.