A Major Win for “Employees” in California

For years, companies have had to make the choice of classifying workers as employees or independent contractors.  As a historical example – and to oversimplify things – an assembly-line factory worker would likely be classified as an employee if he punches a clock on a regular schedule, uses the company’s tools, and takes direction from his supervisor.  In contrast, a plumber would be classified as an independent contractor if she gets a project-based and time-limited job, sets her own hours of work and rates of pay, uses her own tools, and largely decides on her own how the work is accomplished.  For many types of jobs, however, the distinctions are not so clear.

Unfortunately, we have seen a recent trend in which many companies improperly classify workers in a way that denies them numerous workplace benefits and protections, specifically by labeling them as independent contractors.  If you are confused, you’re not alone.  Courts, government agencies, and advocates for businesses and workers have grappled for years with how to define these terms.  Why?  The resulting label has significant implications.  If a worker is classified as an employee, the employing business bears the responsibility of paying federal and states taxes (including Social Security and unemployment insurance), providing worker’s compensation insurance, and it must comply with numerous state and federal statutes and regulations governing wages, hours, and working conditions.  On the other hand, if a worker is classified as an independent contractor, the business typically does not bear any of those costs and responsibilities.  Moreover, in most circumstances, the independent contractor has none of the numerous labor law benefits and protections.
As David Weil, former Wage and Hour Administrator at the U.S. Department of Labor, described, while independent contracting relationships can be advantageous for workers and businesses in some circumstances, “some employees may be intentionally misclassified as a means to cut costs and avoid compliance with labor laws.”  Unfortunately, as Dr. Weil found, “the misclassification of employees as independent contractors is found in an increasing number of workplaces in the United States.”
Most recently, the subject of worker classification has gained notoriety with the surge in what has been termed “the gig economy.”  For instance, are the drivers who work for Uber and Lyft employees or independent contractors?  The companies say they are independent contractors, and perhaps for unsurprising reasons.  According to one calculation, just one of these companies is able to save approximately $4.1 billion a year by classifying its drivers as independent contractors.  As mentioned above, such a label requires the worker to pay additional taxes, and they may be denied labor-related protections, like minimum wages, maximum hours, and certain working conditions (like minimally required meal and rest breaks). 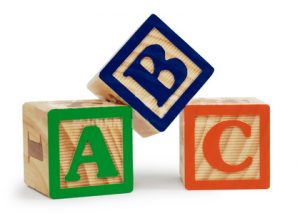 To help clarify things, the Supreme Court of California recently issued a decision that will hopefully limit future misclassification.  The case, Dynamex Operations West, Inc., involves a lawsuit brought by two delivery drivers against a nationwide package and document delivery company.  The drivers alleged that the company misclassified them as independent contractors, which improperly denied them protections under certain California wage laws.  In a decision widely seen as favoring workers, the court adopted the so-called “ABC” test as the appropriate method for determining whether a worker is an employee or an independent contractor.  More specifically, the test requires a business that wants to classify a worker as an independent contractor to prove each of the following:
A.      that the worker is free from control and direction of the hirer in connection with the performance of the work, both under the contract for the performance of such work and in fact;
B.      that the worker performs work that is outside the usual course of the hiring entity’s business; and
C.      that the worker is customarily engaged in an independently established trade, occupation, or business of the same nature as the work performed for the hiring entity.
The court further explained that “this standard, whose objective is to create a simpler, clearer test for determining whether the worker is an employee or an independent contractor, presumes a worker hired by an entity is an employee and places the burden on the hirer to establish that the worker is an independent contractor.”
Putting the burden on the employer to demonstrate each factor is a major win for workers in California who might otherwise be misclassified and denied an array of workplace protections.  But the struggle continues in numerous states.  As Lydia DePillis describes, legal outcomes around the country have been mixed, with courts and legislatures providing different views on the matter.  Additionally, last summer, the U.S. Department of Labor withdrew Dr. Weil’s Administrative Interpretation, described above, that helped clarify and define the distinction between employees and independent contractors.  While the federal government has moved in a questionable direction, California appears to be taking a positive step forward on this important issue.
If you believe that you are misclassified and want legal advice or assistance, call our Washington DC office at 202.331.9260 or complete our online form here.  Kalijarvi, Chuzi, Newman and Fitch may be able to help.
This blog is provided to our readers for informational purposes only. It is not offered as legal advice. Communication of information through this blog does not create an attorney-client relationship. You should not rely upon information contained in this blog without first seeking professional legal advice. If you would like a telephone screening or consultation with a KCNF attorney, you are welcome to call 202-331-9260 to begin our intake process, or submit your legal issue at kcnfdc.com/contact.