Agreements Must Include OWBPA Language to Waive an Age Discrimination ClaimPosted by Aaron Herreras Szoton February 20, 2017 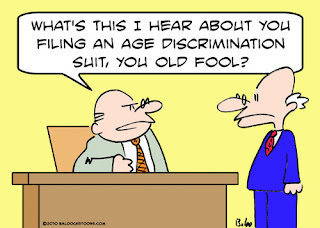 In the 1980’s, after the Age Discrimination in Employment Act (ADEA) was passed, American businesses realized they could not simply fire their older employees as in the past. Accordingly, older employees found themselves confronted with proposed separation agreements, under which in exchange for their irrevocable resignation and waiver of claims, they would receive their stock options (or some other benefit). Some of those employees sued nonetheless, alleging that they were the victims of age discrimination and their waivers were not “voluntary.”

Although the ADEA and Title VII are found in different parts of the U.S. Code, courts found their goals sufficiently similar to impose on ADEA waivers the requirements that they be signed “knowingly, willfully and free from coercion.” In making that determination, several courts adopted the following factors:

In 1990, Congress amended the ADEA by adding the Older Workers Benefit Protection Act (OWBPA), which establishes specific requirements for a “knowing and voluntary” release of ADEA claims. This statute was designed to protect the rights and benefits of older workers through a strict, unqualified statutory stricture on waivers. Specifically, the OWBPA, adopting the growing number of judicial decisions, requires satisfaction of the following seven factors for a waiver of age discrimination claims to be considered “knowing and voluntary”:

Items 3-4 must be included in the waiver agreement. Even when a waiver complies with these seven requirements, a waiver of age claims will be invalid and unenforceable if an employer used fraud, undue influence, or other improper conduct to coerce the employee into signing it or it if contains a material mistake, omission, or misstatement.

Prior to October 2016, the U.S. Equal Employment Opportunity Commission (EEOC or Commission) held that the protections of the OWBPA are only triggered when an employee raises an age discrimination claim before signing a waiver/release agreement. Thus, if a federal employee signed a waiver agreement for an EEO complaint alleging race discrimination, that waiver would preclude claims of age discrimination even if the agreement did not include the OWBPA language cited above.

In Hester S. v. EEOC, however, the Commission overruled that interpretation of the OWBPA. Specifically, the Commission held that “the OWBPA applies to waivers of ADEA rights or claims regardless of whether the rights or claims were raised before the execution of the waiver agreement.” In Hester S., the complainant initiated contact with an EEO counselor in April 2011, alleging discrimination on the basis of disability and in reprisal for protected EEO activity when she was issued a performance improvement plan and denied a reasonable accommodation. In June 2011, complainant expanded her bases to include race, national origin, sex, and age. In May 2011, complainant was presented with a settlement agreement, which she signed. Amongst other provisions, the settlement agreement stated:

(5) The Employee hereby agrees to accept the Agency’s actions detailed [above] in full resolution of any pending or anticipated claims or other rights of actions that occurred on or before the date of the signing of this Agreement . . . .

(7) The Employee represents that at the time of the signing of this Agreement, the Employee has no pending claims against the Agency, including but not limited to EEO complaints.

In August 2011 (almost three months after complainant signed the settlement agreement), complainant filed a formal EEO complaint alleging that the agency harassed and discriminated against her on the bases of race, sex, national origin, disability, age, and in reprisal for prior protected EEO activity arising under the Rehabilitation Act when the agency failed to provide her with a reasonable accommodation for her disability. In its final decision, the agency dismissed complainant’s complaint on the ground, among others, that it failed to state a claim because it was resolved by a settlement agreement.

On review, the Commission determined that, indeed, the settlement agreement constituted a waiver or release of complainant’s August 2011 EEO complaint and settled complainant’s claim that she was subjected to discrimination on the bases of race, national origin, sex, disability, and in reprisal for EEO activity—complainant’s non-age claims. Because the OWBPA governs waivers or releases of ADEA claims, however, the Commission made it clear that age claims cannot be validly waived unless the requirements of the OWBPA have been met—even if the age claim purportedly waived by a release was not filed until after the execution of the waiver. Thus, despite the agency’s assertion that complainant knowingly and voluntarily signed the agreement, because the complainant was not (1) advised in writing to consult with an attorney prior to executing the agreement, (2) given a period of at least 21 days within which to consider the agreement, and (3) given a seven-day period in which she could revoke the agreement after its execution, the Commission held that the waiver was not effective to waive complainant’s age discrimination claims and directed the agency to reinstate these claims.

Given the EEOC’s holding in Hester S., an agency’s failure to comply with the OWBPA’s stringent waiver safeguards will now void a settlement agreement, with regard to the ADEA claims, irrespective of whether the employee had filed an ADEA claim at the time the agreement was effected. This change in Commission precedent is consistent with the congressional purpose of the OWBPA: to prohibit employers from discriminating against individuals age 40 and older because of age—no exceptions.