Can I file an EEO complaint that involves my security clearance? Maybe.

The EEOC is required to hear allegations of discrimination—including discrimination based on sexual orientation—filed by federal employees. Recently, a married gay couple filed EEO complaints against the CIA alleging discrimination. The CIA dismissed the claims without investigation, concluding that the allegations were based on a security clearance determination, which is not reviewable under EEO laws. The EEOC agreed with the CIA. As explained in more detail below, we believe that those decisions are incorrect, because the claims do not, in fact, relate to a security clearance determination itself, but only to the policy and process of clearance determinations, which are reviewable under EEOC law. 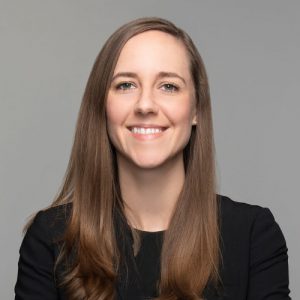 The EEOC recently dismissed two cases alleging sexual orientation discrimination in security clearance processing. Kenneth M. v. CIA, EEOC Appeal No. 2022000960 (April 4, 2022); Winford M. v. CIA, EEOC Appeal No. 2022001048 (April 4, 2022). As we discussed in an earlier post, claims of discrimination or EEO retaliation involving security clearances are reviewable only in certain circumstances, namely when the claim a) relates to procedures or peripheral facts and b) does not relate to the substance of a security clearance decision. (In fact, a favorable decision in a reviewable case will not result in an order that an agency grant or reinstate a clearance.) This is due, in part, to the national security exception to Title VII protections and a 1988 Supreme Court decision in which the Court held that “an outside nonexpert body” (for example, the MSPB or the courts) may not disturb an agency head’s decision regarding who may access its classified information.

In these two cases, the CIA and the EEOC both dismissed the claims before an initial investigation, asserting that the complaints were not reviewable because they would require “reviewing the substance of a security clearance determination.” We disagree.

Both cases involved the same incident—a CIA employee who was stationed overseas and requested a “remote spousal work accommodation” (an employee benefit under CIA policy) for his husband, a National Geospatial Agency employee.  When the CIA denied the request, both men filed complaints which alleged denial of a benefit and privilege of the employee’s employment based on sex (male) and sexual orientation, resulting in two separate decisions with identical reasoning. For the sake of clarity, we will discuss only the complaint filed by the CIA employee (“the employee”).

According to the EEOC, the employee’s spouse underwent a background investigation, including completing an SF-86, the form used in investigations of security clearances. Shortly thereafter, NGA informed the employee’s spouse that the CIA had canceled the employee’s request, thereby denying his request for the spousal remote work accommodation and a position at the Agency facility. NGA reported that the CIA said only that “[b]ased on information provided, or that was otherwise obtained during the assignee processing, it was determined that we can no longer continue processing [the spouse’s application] . . .”

During EEO counseling, the CIA asserted that “due to [policy] they [were] not able to process security clearances for non-mission critical work requirements.” The employee filed a complaint alleging that “the Agency denied [the] spousal remote work accommodation and a National Geospatial Intelligence Agency assignee status because the Office of Security canceled [his spouse’s] security vetting process.” The CIA dismissed the complaint without investigation with two explanations:

(2) “it was not possible to review the denial of [the employee’s spouse’s] spousal work accommodation and assignee status without also reviewing the cancellation of his security vetting process; therefore, the Agency found that the complaint failed to state a claim and was subject to dismissal.”

The employee appealed the dismissals to the EEOC. The EEOC affirmed the dismissal on two grounds: (1) it agreed with the CIA and concluded that it could not address the matter because “it involve[d] reviewing the substance of a security clearance determination”; and (2) it concluded that it found “no persuasive evidence” that “the security clearance determination was carried out in a discriminatory manner.” The EEOC elaborated that “the mere fact that some individuals cleared the process, while [the employee’s spouse] did not, does not indicate discrimination” and that the employee “[did] not allege, nor [did] the record establish that any of the spouses of the comparators [the employee] cited required additional security vetting or processing, he merely speculate[d] that these individuals were treated differently than [his spouse] because of their sex and sexual orientation.” Both conclusions are contrary to EEOC precedent.

First, the complaint—that “the Agency denied [the] spousal remote work accommodation and a National Geospatial Intelligence Agency assignee status because the Office of Security canceled [the employee’s spouse’s] security vetting process”—is reviewable because it speaks to the process and not the substance of a security determination. As the EEOC explained in its 1989 policy guidance, and as recently as 2018, “[t]he Commission is not precluded from determining whether the grant, denial or revocation of security clearances is conducted in a nondiscriminatory manner.” Willa B. v. Secretary of State, EEOC Appeal No. 0120162798, *4 (2018).

In that case, the complainant alleged that her employer discriminated against her when information about her was forwarded to her employer’s security office, and when that office initiated a review of her continued eligibility and asked her to undergo a medical examination. Initially, an administrative judge dismissed the complaint, concluding that the complaint required review of a security clearance determination and was therefore not reviewable. The EEOC reversed, explaining that the incidents at issue—“the acts of forwarding information, initiating a review, and requesting a medical examination”—“go to process, not substance” and were therefore reviewable by the Commission. Here, the decision to terminate the review is also confined to a question of process and is therefore reviewable. The CIA’s explanation that it terminated the review based on a policy not to “extend additional security vetting or processing for ‘Assignee-Detailee’ candidates” is further evidence that the claims relate to information and decisions unrelated to a substantive clearance determination.

Second, the EEOC improperly affirmed dismissal based on the merits. In federal sector cases such as this, the standard is not as stringent as that imposed on plaintiffs in court—the Agency must accept and investigate a complaint that “allege[s] an injury or harm to a term, condition or privilege of employment for which there is a remedy.” Klein v. Office of Personnel Management, EEOC Appeal No. 0120062444, at *2 (Mar. 16, 2007) (citing Diaz v. Department of the Air Force, EEOC Request No. 05931049 (April 21, 1994)). The EEOC cautions against applying a higher standard in its 2014 report, “Preserving Access to the Legal System: Common Errors by Federal Agencies in Dismissing Complaints of Discrimination on Procedural Grounds”—“[t]he evidence in support of this claim will be developed during the investigation and does not need to be referenced in the complaint or during pre-complaint counseling.” The EEOC has also addressed this specific issue directly: “In dismissing the complaint for failure to state a claim, the [Final Agency Decision] reasoned that a comparative employee was not similarly situated. This reasoning goes to the merits of the complaint and is irrelevant to the procedural issue of whether complainant has stated a justiciable claim under the regulations.” Murray v. Dept. of Army, EEOC Appeal No. 01A02976, at *1 (June 21, 2000). The EEOC provided no support or explanation for its departure from precedent here.

At a minimum, the complainants were entitled to an investigation of their complaints. To be sure, even the most favorable outcome would not require the CIA to provide the spousal accommodation, but it could require the CIA to continue processing the request and award the complainants any related damages. The CIA and EEOC’s decisions significantly disadvantaged the complainants, forcing them to choose between a costly civil suit in federal court or giving up on fighting a decision they believed discriminated against them on the basis of sex—a choice the federal sector complaint process is intended to prevent.