CHANGING LANES: Burrowing From Political to Career in the Civil Service 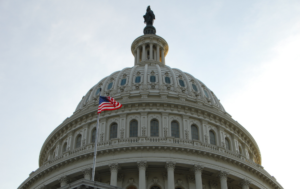 UPDATED January 21, 2021
The Washington Post is reporting that Michael Ellis was placed on administrative leave after only three days on the job after the Pentagon inspector general opened an investigation into circumstances surrounding his appointment.

Once again, a presidential administration is coming to an end and, as usual, those of us interested in the health of the federal civil service are confronted with the prospect of “burrowing.” We know that at any given time, over a thousand positions in the federal government are filled by political appointees – some (but not all) of whom must be confirmed by the Senate – in addition to excepted service Schedule C appointees, who are appointed but need not be confirmed. Most of these appointees are unemployed at noon on the day a new president is inaugurated. Many of these appointees want to remain in federal service, and the process by which that conversion takes place is called “burrowing.”

For various reasons, including the “loyalty” and “qualifications” of the burrowed, the party about to take over the Executive Branch expresses serious concerns with burrowing (those concerns are less intense among those who are about to lose the Executive Branch). Towards that end, the Office of Personnel Management (OPM) has issued guidance providing that while “political appointees may not be excluded from consideration for federal jobs because of their political affiliation, they must not be given preference or special advantages.” Since OPM is part of the Executive Branch, its review of proposed burrowing conversions produces a degree of tension and conflicts.

Which brings us to Michael Ellis, who – hours before the Inauguration – became the general counsel to the National Security Agency, a competitive service position. Prior to this appointment, Ellis had no civil service status: he was on the staff of Representative Devin Nunes, and in 2017 he became an attorney at the National Security Council in the White House; in 2019 he was named senior director for intelligence at the NSC. Ellis applied for the general counsel position and was selected by the Pentagon’s general counsel over the concerns of the NSA Director, Gen. Paul Nakasone, who believed Ellis lacked the qualifications for the position. On the Saturday before Inauguration, the Acting Defense Secretary, Christopher Miller, ordered General Nakasone to complete paperwork for Ellis’s appointment, and General Nakasone did so the next day.

There are several reasons to believe that Ellis’ tenure will be short lived. First, it is not clear that OPM approved Ellis’ appointment, a requirement (as noted above) in cases such as this. If he was not properly appointed, he can be removed, as the Federal Circuit held in the Avalos case last year. Second, even if Ellis for some reason would ordinarily have the right to appeal his removal to the Merit Systems Protection Board, Congress has denied appeal rights to any employee of an intelligence agency, such as NSA. 5 U.S.C. § 7511(b)(8). And, finally, even if Ellis could file a complaint with the Office of Special Counsel alleging that his removal was politically motivated, that might be a difficult argument to make when the evidence is clear that his appointment was politically motivated.

In sum, since 1883, the American civil service has prided itself on focusing on merit and credentials for most of its ranks. The appointment of political employees into the federal civil service must be based on merit, and not on political favoritism.