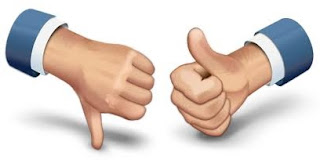 In early March, the Court of Appeals for the Eleventh Circuit held that, while a claim of discrimination based on gender non-conformity is actionable under Title VII of the Civil Rights Act of 1974, sexual orientation discrimination is not.

In Evans v. Georgia Regional Hospital, Jameka Evans began working for the hospital as a security guard in August 2012. She wore her hair short and dressed in a male guard’s uniform. Although she is a lesbian, she did not “broadcast” her sexual orientation in the workplace. The head of Evan’s department continually harassed her because Evans did not carry herself in a “traditional woman[ly] manner.” After being passed over for a promotion for which she was more qualified, Evans went to the hospital’s Human Resource’s office and lodged a complaint. The harassment continued until Evans voluntarily left her job in October 2013 due to the hostile working environment.

Evans filed first at the EEOC and then in federal court. However, she asked the court to allow her to proceed in forma pauperis and appoint her counsel, as she did not have the assets to pay the filing fee. The case was assigned to a magistrate judge who reviewed Evans’ petition and determined that, per 28 U.S.C. § 1915(e)(2)(B)(ii), Evans had “fail[ed] to state a claim on which relief may be granted.” Specifically, the magistrate found that Title VII “was not intended to cover discrimination against homosexuals” and that claims of discrimination based on gender non-conformity were “just another way to claim discrimination based on sexual orientation.” The magistrate judge recommended that the case be entirely dismissed. The district court adopted the magistrate’s Report & Recommendation and appointed counsel from the Lambda Legal Defense and Education Fund to represent Evans on appeal.

Curiously, Evans also argued that the district court was wrong to dismiss her gender non-conformity discrimination claim, and on this the Court of Appeals partially agreed. The court pointed to its earlier cases which held that discrimination based on a failure to conform to a gender stereotype is sex-based discrimination and constitutes an avenue for relief under Title VII. However, the court concluded that Evans had not “provided enough factual matter to plausibly suggest that her decision to present herself in a masculine manner led to the adverse employment actions.” Even so, the court held that the district court should have given Evans a chance to amend her complaint and plead more facts to support her claim.

Thus, while the Fifth Circuit ordered the district court to give her an opportunity to amend her complaint in order to include more facts about her gender non-conformity discrimination, it barred her from pursuing her claims of sexual orientation discrimination in this litigation.

Despite the Eleventh Circuit’s decision in Evans, the Court of Appeals for the Seventh Circuit came to a contrary holding less than one month later.

In Hively v. Ivy Tech Community College of Indiana, Hively, a lesbian, taught as an adjunct professor from 2000 until 2014, when her contract was not renewed. During her tenure at the College, she had unsuccessfully applied for at least six full-time teaching positions. Like Evans in the Eleventh Circuit, Hively first filed pro se at the EEOC and then in federal court. The College moved to dismiss Hively’s complaint, and the district court agreed, based on Seventh Circuit precedent that held that sexual orientation is not a protected class under Title VII.

Again, as in Evans, the Lambda Legal Defense and Education Fund represented Hively on appeal to the Seventh Circuit. The three judge panel assigned to the case affirmed the district court’s dismissal of the matter. Hively then requested en banc review (i.e., by the entire court). In an eight to three decision, the Court of Appeals overruled its prior decisions and held that discrimination on the basis of sexual orientation is a form of sex discrimination and, therefore, prohibited under Title VII.

Here, the Court of Appeals approached the issue from two directions. First, the court explained that “[a]ny discomfort, disapproval, or job decision based on the fact that the complainant – woman or man – dresses differently, speaks differently, or dates or marries a same-sex partner, is a reaction purely and simply based on sex” and, therefore, any adverse actions taken against complainant based on that discomfort is illegal under Title VII. Second, the court explored the associational discrimination theory propounded by Hively. Hively argued that Loving v. Virginia struck down miscegenation laws and, therefore, paved the way for a line of employment cases holding that an employee can make a claim of associational race discrimination if his employer treats him adversely on the basis that he is married to a spouse of a different race. The court accepted that argument: “No matter which [protected] category [under Title VII] is involved, the essence of the claim is that the plaintiff would not be suffering the adverse action had his or her sex, race, color, national origin, or religion been different.” The Court of Appeals remanded Hively to the district court to continue litigation.

Moreover, while the Eleventh Circuit totally rejected Evans’ reliance on the Supreme Court’s Oncale decision as “not on point”, the Seventh Circuit embraced the decision as support for its holding. While Oncale did not specifically involve sexual orientation, the decision (which did involve harassment of a man by a group of men) said this:

Title VII prohibits “discriminat[ion] . . . because of . . . sex” in the “terms” or “conditions” of employment. Our holding that this includes sexual harassment must extend to sexual harassment of any kind that meets the statutory requirements.

The Seventh Circuit interpreted that language as holding that “the fact that the enacting Congress may not have anticipated a particular application of the law cannot stand in the way of the provisions of the law that are on the books.” That holding is totally opposite the Eleventh Circuit’s holding in Evans.

Based on decisions like these, it is becoming increasingly apparent that we will not have a nationwide understanding of what protections Title VII offers LGBTQ workers until the Supreme Court decides the issue. However, Ivy Tech Community College has already announced that it will not seek Supreme Court review of the decision. In the meantime, local laws protect LGBTQ people from employment discrimination in approximately 20 states and the District of Columbia.