Despite Shutdown, Essential Employees Must Be Paid on Time 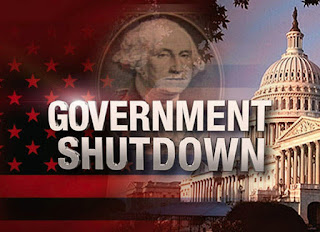 At midnight on January 20, 2018, the federal government ran out of money. While members of Congress and the White House continued to negotiate a continuing resolution to fund the government, a large portion of the federal bureaucracy shut down. However, federal employees who provide services involving the safety of human life or the protection of property are considered essential and are instructed to continue to report to work. Additionally, the federal government is required to pay these “excepted” or “essential” employees, on their regularly scheduled payday, for the time they worked during the pay period – whether or not Congress has passed a budget.

In 2013, the federal government shut down from October 1 through October 16. Essential employees, like correctional officers at federal prisons, continued to work through this time. On October 11 – the government’s regularly scheduled payday for pay period 21 – these essential employees were not paid for any time they worked from October 1 through October 5 (the last day of pay period 21). Losing a third of a paycheck can be, and was, devastating for some families.

While the government eventually paid the essential employees for their October 1 through October 5 work, KCNF partner Heidi Burakiewicz filed a lawsuit on their behalf arguing that the federal wage and hour law, the Fair Labor Standards Act (“FLSA”), requires that employees be paid on their regularly scheduled pay day for all the hours they worked during a pay period, regardless of whether the government was shut down.

The government opposed the lawsuit and argued that another federal law, the Anti-Deficiency Act (“ADA”), prohibits the government from spending money when specific appropriations are not in place, as is the case during a shutdown. The chief judge of the United States Court of Federal Claims did not buy that argument and held that the ADA does “not … cancel defendant’s obligation to pay its employees in accordance with the manner in which the FLSA is commonly applied.”

Because it was obvious, and mostly undisputed, that the government’s actions in this situation violated the FLSA, the only requirement remaining was for the court to determine if the government could demonstrate that it had reasonable grounds for believing its failure to pay timely wages to essential employees during the shutdown was allowed. The government argued its position that the ADA precluded timely payment of wages to plaintiffs during the shutdown because, in the absence of appropriations, there was no source of appropriated funds by which federal agencies could comply with the FLSA. The court responded:

If you have concerns about how you were paid during the 2018 Shutdown, please reach out to the attorneys at Kalijarvi, Chuzi, Newman and Fitch, P.C., for a consultation.