Did Your Employer Do Enough When You Complained About Harassment? 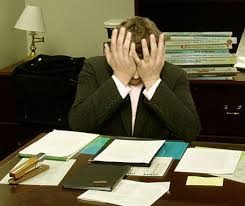 So, let’s say your supervisor is harassing you to the point you don’t want to go to work. Comments on how you look, suggestions for dinner or dates, questions about your relationships, conversations about his or her sex life, unwelcome touching. Your supervisor has not subjected you to a tangible employment action such as termination or demotion, but you reported your discomfort to management. What should happen next? The question is important because if you file a complaint with your agency (if you’re a federal employee) or with the EEOC (if you’re a private employee), what you can expect depends a lot on what your employer did before and after your complaint. It’s important to know that if your employer is found to have done enough to prevent and correct harassment, it will not be liable for the conduct of your supervisor.

1) Employers must have an effective anti-harassment policy in place to prevent harassment.

One of the easiest paths an employer can follow to avoid liability is to have an effective anti-harassment policy in place, stating in no uncertain terms that harassment of employees is not permitted. In the face of a harassment claim, an employer will cite that policy and argue they should not be liable for the supervisor’s conduct that violated the policy. Courts are increasingly warning employers, however, that just having a policy is not enough. In Whitten v. Fred’s, Inc., for example, the Fourth Circuit made it clear that an anti-harassment policy is not the end of the inquiry: if the policy is inadequate, or if the evidence shows that the employer did not enforce the policy reasonably and promptly, the policy will not protect the employer.

2) Employers must conduct a thorough and impartial investigation into the harassment claims to prevent further harassment.

When it becomes aware of a claim of harassment, the employer must conduct a thorough and impartial investigation. That investigation will determine appropriate disciplinary measures against the perpetrator to prevent him or her from engaging in further harassment. According to the EEOC’s “Enforcement Guidance on Vicarious Employer Liability for Unlawful Harassment by Supervisors,” “[t]he alleged harasser should not have supervisory authority over the individual who conducts the investigation and should not have any direct or indirect control over the investigation.”

In Ray, in response to Ray’s complaints, IPC interviewed Ray, some of her co-workers, and the supervisor. Despite having witness testimony that her supervisor harassed Ray, and despite knowing that the supervisor lied when he denied Ray’s allegations, IPC concluded that he had not violated IPC’s anti-harassment policy and did not impose any discipline on him which would reasonably stop his continued harassment of Ray. Under these circumstances, the Court concluded that a reasonable factfinder could find that IPC clearly failed to “respond to a complaint of harassment with an adequate investigation.”

One aspect of “prevent and correct” that is frequently overlooked in court decisions is the requirement that the employer correct the effects of the harassment. In cases involving federal employees, however, the EEOC has taken a very strong position, holding that “correcting” the effects of harassment demands a remedy for the victim. In Maxine v. U.S. Postal Service, for example, the Commission found that the Agency failed to do “whatever is necessary” to correct the effects of harassment on the victim when it failed to restore the sick leave and leave without pay she used as a result of her supervisor’s harassment. Even though the Agency’s management undertook a thorough investigation into her complaints of harassment, reassigned and subsequently removed the supervisor, the Commission found this was not enough to make the victim whole. “Taking only some remedial action does not absolve the agency of liability where that action is ineffective.” Because the Agency failed to remedy the effects of the harassment on the victim by restoring her leave, the Commission found that the Agency did not reasonably correct the harassing behavior and, therefore, the Agency was still fully liable for the supervisor’s conduct.

The Commission was even more blunt in Isidro A. v. Postmaster General:

The Agency investigation did not begin until three weeks after the incident was reported, and in the meantime, the Supervisor only advised the Manager to “lay low.” The report, in which the Manager admitting to making the offensive remarks, was not issued until August 21, 2017, five weeks after the incident. Moreover, the only action taken against the Manager was a letter of warning, a woefully inadequate response to a management official making racially charged comments in a meeting with all the CCAs. As such, we conclude the Agency failed to take prompt and effective action after learning of the harassment. Because the Agency failed to meet its affirmative defense burden, we find that it is liable for the Manager’s actions and reverse the Agency’s determination of no discrimination as to Complainant’s claim of race-based harassment.

In Tammy S. v. Department of Defense, the Commission explained that, “[t]he appropriateness of the agency’s conduct in response to harassment depends upon the ‘particular facts of the case-the severity and persistence of the harassment, and the effectiveness of any initial remedial steps.” Indeed, “‘appropriate corrective action’ is a response that is reasonably calculated to stop the harassment.” In Tammy, after the Complainant complained to her management about a co-worker’s website featuring an offensive cartoon with sexual overtones that the co-worker openly discussed at work, the Agency took two months to block his website from viewing in the workplace. The Commission found the two-month delay in taking action unacceptable and held that the Agency failed to take immediate corrective action.

The bottom line is that employers are liable for the harassment of employees by supervisors and co-workers unless they meet fairly stringent requirements. Each harassment case has its unique set of facts and circumstances. It requires experienced, compassionate employment lawyers to fully understand the complexities of harassment claims, and to be able to expertly advise clients on whether their employer took adequate steps to prevent and correct harassment in the workplace. KCNF has such a league of well-trained lawyers available from our website, www.kcnlaw.com.