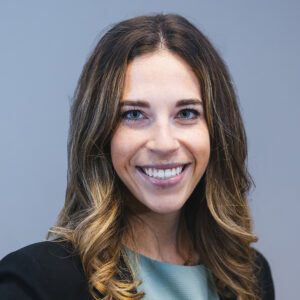 Just last year in Bostock v. Clayton County, the Supreme Court clarified that Title VII’s prohibition of sex discrimination also protects LGBTQ employees and applicants. “An employer who fires an individual merely for being gay or transgender,” Justice Gorsuch wrote, “defies the law.” The Bostock Court, however, did not address the question of whether for-profit employers can claim the religious freedom to hire and fire based on sexual orientation or gender identity. On October 31, 2021, a Texas district court ruled that they can.

In Bear Creek Bible Church and Braidwood Management, Inc. v. EEOC, Civil Action No. 4:18-cv-00824-O (Oct. 31, 2021), Plaintiff Braidwood Management, Inc. sued the EEOC and sought a declaration that the Religious Freedom Restoration Act (“RFRA”) compels a carveout to Bostock’s ruling. Title VII specifically exempts religious organizations such as churches and religious organizations from its coverage. Braidwood, however, sued on behalf of a class of “for-profit entities that produce a secular product”—which do not qualify for Title VII’s religious exemption—arguing that their “compliance with Title VII, as interpreted in Bostock, would substantially burden their religious beliefs regarding homosexual and transgender conduct.” In other words, while Bostock makes clear Title VII bars employers from firing or refusing to hire gay and trans employees because they are gay or trans, Braidwood argued — and the district court agreed — that RFRA allows it to do so anyway.

RFRA was passed (and later amended) to address concerns that laws may burden religious exercise even if they are neutral toward religion. The statute imposes a burden that governments must meet when enforcing such a law: once a plaintiff (such as Braidwood) shows that complying with Title VII substantially burdens its exercise of religious beliefs, the government must prove that this burden 1) serves a compelling interest that 2) is advanced through the least restrictive means.

The Bear Creek court determined that Title VII’s prohibition on sexual orientation and gender identity discrimination substantially burdens Braidwood’s ability to conduct business in accordance with its religious beliefs that a) marriage is limited to a man and a woman, and b) “men and women” must “behave in accordance with distinct and God-ordained, biological sexual identity.” Turning to the government’s case, the court found that the EEOC had failed to carry its burden to show that requiring Braidwood to comply with Title VII was the least restrictive means of advancing a compelling government interest. The EEOC argued Title VII served the interest of “preventing all forms of discrimination” and that there was no less burdensome way of doing so. The court disagreed, finding the eradication of discrimination to be too broad an interest and stated that, nevertheless, there surely was a less restrictive way of advancing such an interest.  Significantly, the court did not identify any “less restrictive” alternative to enforcing Title VII.

As the result of this ruling, though from only one district court, LGBTQ employees nationwide may legitimately fear that their right to be protected from employment discrimination, confirmed in Bostock, may be lost if their employer can successfully argue that its religious beliefs are substantially burdened by Title VII.  In fact, each piece of the court’s reasoning—whether Braidwood is substantially burdened such that it may invoke RFRA, whether the government’s articulated interest is sufficiently specific and compelling, whether Title VII is the least restrictive means of furthering that interest, and whether a company’s “religious belief” can override an employee’s Title VII rights —raises a question of law that is in constant development. For instance, many of the recent cases considering religious exemptions from the vaccine mandate have found “curbing the spread” of the disease, which is arguably as broad an interest as eradicating discrimination, to be a sufficiently specific compelling interest. The evolution of case law involving the scope of religious rights in the workplace means the Bear Creek decision is not yet a reason for panic.

It’s important to note that Bear Creek is the first of its kind and will certainly face challenges as it works its way through the judicial system. Eventually, this question will likely make it to the Supreme Court, though that Court’s recent rulings on religious freedom may predict a sympathy with the more conservative stance of the Bear Creek court. In Burwell v. Hobby Lobby, the Court emphasized the strictures of RFRA’s test, holding that the government failed to use the least restrictive means of ensuring access to cost-free birth control when it required employers, including those with contrary religious beliefs, to assume the cost of that coverage. In 2021, in Fulton v. City of Philadelphia, the Court ruled unanimously in favor of a religiously affiliated foster care agency that refused to certify same sex couples as foster parents, finding the city’s insistence that it do so violated the agency’s rights under the Free Exercise Clause. And even in Bostock itself, Justice Gorsuch characterized RFRA as a “kind of super statute, displacing the operation of other federal laws” and opined that it “might supersede Title VII’s command in appropriate cases.” In the meantime, however, Bostock remains good law, and any employer that seeks an exemption from its sweep bears the burden of proving as much in court.

If you have questions about LGBTQ rights, or you are concerned that your employer is discriminating against you because of your status, please contact the experienced employment attorneys at Kalijarvi, Chuzi, Newman & Fitch, P.C.