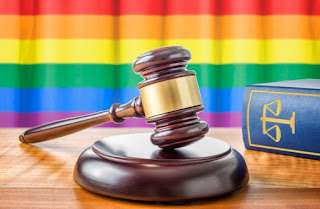 In July 2015, this blog discussed the decision of the Equal Employment Opportunity Commission (“EEOC” or “Commission”) in Baldwin v. Department of Transportation, in which the Commission held for the first time that under certain circumstances, Title VII of the Civil Rights Act of 1964 (“Title VII”) covers claims of sex discrimination on the basis of sexual orientation. Specifically, in Baldwin, the EEOC held that a person could demonstrate sex discrimination on the basis of orientation as a violation of Title VII if the treatment at issue: (1) would not have occurred but for the individual’s sex; (2) was based on the sex of the person(s) the individual associates with; and/or (3) was premised on the fundamental sex stereotype, norm, or expectation that individuals should be attracted only to those of the opposite sex. Because Baldwin was the result of an administrative complaint brought by a federal employee, it is technically applicable only to federal government employers. The subject of this blog is to analyze the extent to which Baldwin has been adopted by federal courts. The short answer is: not yet.

The Courts of Appeals have been confronted with this issue, but seem slow to go beyond their legal precedent when it comes to defining what constitutes “sex” discrimination under Title VII. In May 2016, the Fourth Circuit issued its decision in Hinton v. Virginia Union University, in which it refused to defer to the EEOC’s Baldwin decision, proclaiming that, “[it] is explicitly the law of the Fourth Circuit that Title VII does not protect against discrimination based on sexual orientation.” The Fourth Circuit rejected Hinton’s argument that Baldwin displaced the Fourth Circuit’s earlier decision in Wrightson v. Pizza Hut, in which the Fourth Circuit held that “Title VII does not afford a cause of action for discrimination based upon sexual orientation.” The Fourth Circuit stated that EEOC interpretations of Title VII are entitled to deference only to the extent that they “have the power to persuade.” To determine the persuasive effect of Baldwin, the Fourth Circuit noted that it had cited Wrightson approvingly, even after Baldwin was issued, in Murray v. N. Carolina Department of Public Safety (a 2-page unpublished decision, in which the court cited Wrightson in dicta, and in a footnote). In Hinton, the Fourth Circuit also looked at district court decisions which had followed Baldwin, but dismissed those decisions as unpersuasive because those decisions did not follow the law of their respective circuits. The court did not explain how, under this standard of review, it could ever defer to an administrative decision if there were legal precedent to the contrary.

More fundamentally, the Fourth Circuit appears to have strained to rely on Wrightson, which in fact is consistent with Baldwin. In Wrightson, in which a heterosexual male claimed he was sexually harassed by his homosexual supervisor and homosexual co-workers, the Fourth Circuit specifically held that “a claim under Title VII for same-sex ‘hostile work environment’ harassment may lie where the perpetrator of the sexual harassment is homosexual.” Indeed, the court emphasized that Wrightson:

[D]oes not allege that he was discriminated against because he is heterosexual. He specifically alleges in his complaint that he was discriminated against ‘because of his sex, male…’ [This allegation] is more than adequate when coupled with his allegations that the harassers were homosexual and that other males (and no females) were the targets of the harassment. Of course, even had Wrightson alleged that he was discriminated against both because he was heterosexual and because he was male, he would still state a claim under Rule 12(b)(6). As the Supreme Court recognized in Price Waterhouse v. Hopkins, a Title VII cause of action lies even though the discrimination against the employee is not ‘solely’ because of the employee’s sex, as long as the employee’s sex was a cause of the discrimination.” In Price Waterhouse, the Supreme Court stated that, “we know that the words ‘because of’ [in Title VII] do not mean ‘solely because of’; we also know that Title VII meant to condemn even those decisions based on a mixture of legitimate and illegitimate considerations.”

Recent events at the Seventh Circuit suggest it may be evolving more rapidly than the other federal circuit Courts of Appeal. On October 11, 2016, it granted a petition to rehear en banc its July 28, 2016 decision in Hively v. Ivy Tech Community College. (See our September 22, 2016 blog, “Seventh Circuit Upends EEOC Decision on LGBT Coverage.”) In its July 2016 panel decision, the Seventh Circuit reluctantly held that due to its precedent, an adjunct professor’s claims of sexual orientation discrimination were not cognizable under Title VII. However, throughout the 42-page opinion, the court painstakingly outlined the quagmire of conflicting decisions which courts have issued on this topic. Citing the Price Waterhouse decision, which makes it illegal to discriminate on the basis of sex stereotypes, the Seventh Circuit panel observed that, “[i]t seems illogical to entertain gender non-conformity claims under Title VII where the non-conformity involves styles of dress or manner of speaking, but not when the gender non-conformity involves the sine que non of gender stereotypes-with whom a person engages in sexual relationships.” The panel concluded its opinion by inviting the full Seventh Circuit to take another look at its precedent: “Perhaps the writing is on the wall…But writing on the wall is not enough. Until the writing comes in the form of a Supreme Court opinion or new legislation, we must adhere to the writing of our prior precedent….”

On October 11, 2016, the Seventh Circuit granted Hively’s petition for a rehearing en banc. Oral arguments are scheduled for November 30, 2016. In support of the petition, five members of Congress submitted an amici curiae brief. These five members of Congress are all co-sponsors of the Equality Act of 2015. The Equality Act of 2015 expressly adds “sexual orientation” and “gender identity” to Title VII, and it defines “sex” to include “sexual orientation and gender identity.” The Equality Act was referred to the Subcommittee on the Constitution and Civil Justice on September 8, 2015, but has gone nowhere since. As in many other areas of the law, if Congress is unable to act due to ideological paralysis, it may be up to the courts to fill the void. Given the EEOC’s leadership on this issue, the judicial remedy may come sooner than later.

Written by Valerie A. Chastain

This blog is provided to our readers for informational purposes only.  It is not offered as legal advice. Communication of information through this blog does not create an attorney-client relationship. You should not rely upon information contained in this blog without first seeking professional legal advice. If you would like a telephone screening or consultation with a KCNF attorney, you are welcome to call 202-331-9260 to begin our intake process, or submit your legal issue at kcnfdc.com/Contact.