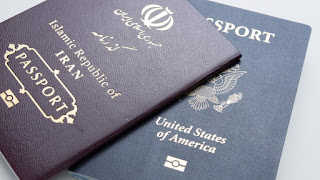 New Adjudicative Guidelines went into effect on June 8, 2017. These govern security clearance determinations throughout the federal government for both employees and contractors. Of the thirteen guidelines, Guideline C: Foreign Preference has the most changes.

In the previous 2005 version, Guideline C stated its concern:

When an individual acts in such a way as to indicate a preference for a foreign country over the United States, then he or she may provide information or make decisions that are harmful to the interests of the United States.

(¶ 9 (2005)). In the 2017 version, the Adjudicative Guidelines begins with this same statement, but adds the following new explanation:

Foreign involvement raises concerns about an individual’s judgment, reliability, and trustworthiness when it is in conflict with U.S. national interests or when the individual acts to conceal it. By itself, the fact that a U.S. citizen is also a citizen of another country is not disqualifying without an objective showing of such conflict or attempt at concealment. The same is true for a U.S. citizen’s exercise of any right or privilege of foreign citizenship and any action to acquire or obtain recognition of a foreign citizenship.

Significantly, the new Guideline C makes clear that dual citizenship in itself is not disqualifying. If the dual citizenship is appropriately disclosed in the clearance application process and is not judged to be contrary to U.S. national interests, the dual citizen may nevertheless be granted a security clearance. This is a big departure from previous practice where applicants who were dual citizens could get past Guideline C only after surrendering their foreign passport and professing a willingness to renounce the foreign citizenship.

Changes to “Conditions that could raise a security concern and may be disqualifying” (¶ 10 in both the 2005 and 2017 versions) give some indication of how this reshaping of Guideline C is likely to be implemented. A concern raised by “applying for and/or acquiring citizenship in any other country,” (¶ 10(a) (2017)) may be mitigated if it is found that “the foreign citizenship is not in conflict with U.S. national security interests.” (¶ 11(a)). The applicant does not control this determination, of course, but no longer is the exclusion a blanket one for all dual citizens of even the friendliest countries.

Exercise of “the rights, privileges, or obligations of foreign citizenship,” which, under the previous guidelines could be mitigated if this exercise of rights took place before the applicant became a citizen of the U.S., now may also be mitigated if they “do not present a national security concern.” (¶11(e) (2017)).

Of course dual citizenship is not the only circumstance addressed by Guideline C. Under the new Guideline C, the activities of lobbyists or business people who may or may not be foreign nationals are also addressed. Concerns may be raised if an applicant acts,

to serve the interests of a foreign person, group, organization, or government in any way that conflicts with U.S. national security interests.

(¶10(d)(2) (2017)). This concern sweeps into its breadth those who lobby for a foreign government or business. And while it may encompass inadvertent as well as deliberate service to the interests of a foreign entity, it may also allow such service unless it conflicts with U.S. national security interests.

The new Guideline C is good news for dual citizens. It is now possible for a dual citizen to get a security clearance if she fully discloses her connections to the foreign country and if that country is judged to pose no risk to U.S. national security interests. The first is within the control of any applicant; the second is not. It remains to be seen how the new breadth of Guideline C will be implemented.