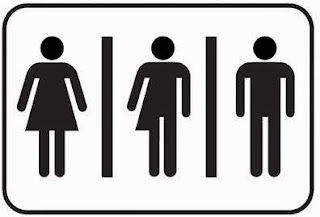 Aimee Stephens began working for R.G. & G.R. Harris Funeral Homes, Inc., (“Harris”) in October 2007 and served as its Director. During Stephens’ employment with Harris, Stephens presented as a male.

On July 31, 2013, however, Stephens submitted a letter to her supervisor, Thomas Rost, who is also Harris’ owner, informing him that “[she] had decided to become the person [her] mind already [was]” and the first step would be to “live and work full-time as a woman for a year.” Stephens informed Mr. Rost that after August 26, 2013, Stephens would be identifyingas Amiee Australia Stephens.

In response, on August 15, 2013, Mr. Rost terminated Stephens’ employment with Harris because Stephens dressing as a female would violate Harris’ policy that required male and female employees to wear a suit and tie, or a skirt and a jacket, depending on their biological gender. Mr. Rost testified, “We have a dress code that is very specific that men will dress as men.” “[Stephens] was no longer going to represent himself as a man. [Stephens] wanted to dress as a woman.”

The EEOC brought two claims against Harris. First, the EEOC claimed that Harris violated Title VII when it terminated Stephens from her employment because she was a transgender individual, because she was transitioning from male to female, and because she did not conform with Harris’ sex or gender-based preferences, expectations, or stereotypes. Second, the EEOC claimed that Harris violated Title VII by providing clothing allowance or work clothes to male employees, but not to female employees. (The Court dismissed the EEOC’s second claim because it was not raised by Stephens in the initial EEOC charge and it did not affect Stephens directly.)

After the closing of discovery, both parties moved for summary judgment, requesting the Court to rule in their favor without the need for a trial. In regards to the EEOC’s motion, the Court found that the EEOC had in fact presented direct evidence of sex stereotype discrimination, which was rare in employment cases, to support a finding in favor of the EEOC. However, Harris’ motion presented two defenses that protected it from liability.

First, Harris argued that it was not liable because enforcing its sex-specific dress code did not constitute impermissible sex stereotype. The Court rejected this defense because the EEOC was not challenging Harris’ sex-specific dress code policy in its lawsuit. Second, however, Harris argued that it was exempt from liability because the Religious Freedom Restoration Act of 1993 (RFRA) prohibited the EEOC from applying Title VII to force Harris to violate its sincerely-held religious beliefs. This posed a problem for the EEOC.

The RFRA prohibits the government from substantially burdening a person’s exercise of religion even if the burden results from a rule of general applicability, unless the government demonstrates that application of the burden to the person (1) furthers a compelling government interest and (2) is the least restrictive means of furthering that interest. The purpose of the RFRA is “to provide a defense to persons whose religious exercise is substantially burdened by the government.” 42 U.S.C. § 2000bb(b)(2). The RFRA includes for-profit corporations as “persons” and the EEOC as a government agency.

Here, Harris had the initial burden of showing that compliance with Title VII imposed a substantial burden on its ability to conduct business in accordance with its religion, and it was successful in doing so. The evidence showed that Mr. Rost had been a Christian for thirty-five years; that Harris’ mission was to “honor God”; that God had called him to serve the grieving; and that he believed that sex was an immutable God-given gift and not a social construct. Mr. Rost also testified that he would be violating God’s commands if he were to allow Stephens to deny her sex and that he would feel compelled to sell his business if he allowed Stephens to present as a female while at work.

Accordingly, the Court held that “to enforce Title VII, by requiring [Harris] to provide a skirt or allow an employee born a male to wear a skirt at work would impose a substantial burden on Rost’s ability to conduct business in accordance with his sincerely-held beliefs.” Therefore, Harris was exempt from Title VII liability, unless the EEOC could show that compliance with Title VII by allowing Stephens to wear a skirt at work furthered a compelling government interests and that it was the least restrictive means of furthering that interest.

Here, the Court held that the EEOC could not meet its burden. First, the EEOC did not show a compelling government interest as to the “particular person burdened,” in this case, Harris. Yet, because the Court was at “a loss” of how it was “supposed to scrutinize” this first prong, it assumed that the EEOC had met its burden. Second, the EEOC did not provide a “focused to the person” analysis of how the burden on Harris’ religious exercise was the least restrictive means of eliminating clothing gender stereotypes at Harris. In fact, the EEOC offered no discussion of how it had explored the possibility of any solutions, other than just taking the position that Harris was required to allow Stephens to wear a skirt while at work to express her gender identity.  The Court noted that if the EEOC’s intent was to eliminate sex stereotype at work, the EEOC did not propose a gender-neutral dress policy, which could have been less restrictive for Harris.

Therefore, because the EEOC did not meet its burden in showing that allowing Stephens to wear a skirt while working at Harris to match her gender identity was the least restrictive means in furthering the government’s compelling interest of eliminating sex stereotypes at work, the RFRA provided Harris with a defense to Title VII liability.

This is a big loss for the EEOC, but perhaps the battle does not end there, since the EEOC still has the right to appeal to the U.S. Court of Appeals for the Sixth Circuit.

While this decision has negative implications for the development of employment rights for the LGBTQ community, it is important to note that Harris’ RFRA defense does not apply to suits between private parties. In other words, if a private employee (and not the EEOC) sues a private employer alleging sex stereotype discrimination under Title VII, that employer cannot successfully raise the RFRA defense, which may only be used against the government.

This case has takeaways for both employees and employers. LGBTQ employees need to keep in mind that discrimination “because of sexual orientation” or “because of gender identity” is not an independent and cognizable claim under Title VII. Rather, it must be brought under the theory of sex stereotype, as Stephens did here. As for employers, it is clear that sex-specific dress code policies pose a problem, if not exposure to a lawsuit. While the EEOC did not challenge the sex-specific dress code policy in Harris, employers’ dress code policies must remain gender-neutral.

This blog was written by José Galvan