Federal Employees – Life Amongst the Executive Orders – What Now? 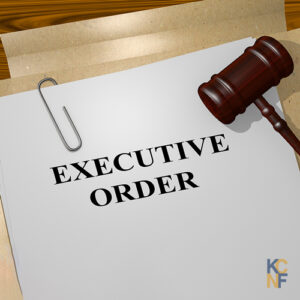 On October 21, 2020, President Trump issued an Executive Order creating Schedule F, a new status of career federal employees who would no longer be protected from arbitrary removal, including removal for purely political reasons. The Order proposed to transfer thousands of currently protected employees into the new status. On October 26, 2020, KCNF posted a blog sharply criticizing Schedule F and noting that there may not be enough time to have it implemented. On January 18, 2021, the Washington Post reported that, in fact, the Trump Administration would not have enough time to move any employees into Schedule F prior to President-elect Joseph Biden’s Inauguration at noon on January 20. The Biden transition team has signaled that the Executive Order creating Schedule F would be among those reversed within days of the Inauguration.

Until the late 19th century, the federal civil service was run on the “spoils system,” under which the President possessed the discretion to hire and fire any federal employee. The result, predictably, was a total turnover of federal employees with every change of Administration. President James A. Garfield was assassinated by a disgruntled civil servant. Frustration with that state of affairs led Congress to enact restrictions on political influence over the civil service. As the Supreme Court observed in 1973,[1] Congress determined “over the last century that it is in the best interest of the country, indeed essential, that federal service should depend upon meritorious performance rather than political service, and that the political influence of federal employees on others and on the electoral process should be limited.” We have noted earlier how these sentiments have led to the Hatch Act, which precludes partisan political activities by all federal employees except the President and Vice President.

President Trump has long dismissed the Hatch Act and has chafed at the restrictions on political influence over the civil service. With his Administration possibly entering its last 90 days, and after railing against a “deep state” consisting of Democrats and other treasonous employees, President Trump let out all the stops on October 21, 2020 and issued an Executive Order creating a new Schedule F in the civil service. According to the EO, Schedule F will consist of “Positions of a confidential, policy-determining, policy-making, or policy-advocating character not normally subject to change as a result of a Presidential transition.” The last 12 words in that definition separate Schedule F from the existing Schedule C (Civil Service Rule § 6.2) positions encumbered by “political appointees”: “Positions of a confidential or policy-determining character.” Political appointees are expected to leave with a new Administration.

Since the Civil Service Rules already provide for excepted service confidential and policy positions, it is reasonable to wonder why the President wants a new Schedule of employees. The answer lies in the protections currently available to employees who are not political appointees. Competitive service employees (and some excepted service employees) may not be subjected to adverse actions, e.g., termination, demotion, or suspension for more than 14 days, unless they are afforded written notice, a chance to respond to the notice with an attorney, and an appeal to the Merit Systems Protection Board if necessary. Because Schedule C political appointees serve at the pleasure of the President – and thus have no expectation that they will retain their positions following a change of administration, or even during an administration — they are not entitled to any of these rights if they are fired or demoted.

The EO is aimed squarely at competitive and excepted service employees who currently receive civil service protection. According to the Order, “the Civil Service Rules and Regulations [providing appeal rights and other protections] shall not apply to removals from positions listed in Schedules A, C, … or F” unless otherwise required by law. In other words, at the stroke of a pen, employees who report to a supervisor graded as low as GS-13, and who arguably occupy positions engaged in policy creation or “advocacy,” will no longer be able to challenge an adverse action except through an EEO or whistleblower complaint.

Also according to the Order, Schedule F will consist of “career professionals in positions that are not normally subject to change as a result of a Presidential transition but who discharge significant duties and exercise significant discretion in formulating and implementing executive branch policy and programs under the laws of the United States. …[A]ppointments to these positions are generally made through the competitive service.” In other words, the “deep state.” Because these competitive service employees are expected to “display appropriate temperament, acumen, impartiality, and sound judgment…agencies should have a greater degree of appointment flexibility with respect to these employees than is afforded by the existing competitive service process.” That flexibility apparently includes the ability to fire these employees – for any reason deemed appropriate by their superiors – without any due process protections.

The fancy language aside, the motivation behind the EO is clear: even before it assumed office, this Administration has demanded that high-profile federal employees express their loyalty to the President; those who resisted that loyalty and honored the oath they took upon their appointment, with the possible exception of Dr. Anthony Fauci and a few others, are no longer employed by the federal government. Competitive service employees have been able to resist those demands because of their civil service protections. In 210 days, if this Administration has its way, those employees will be fair game.

There may be impediments to the imposition of Schedule F. First, while the EO takes effect in 210 days, the Administration may not survive past January 19, 2021. If that is the result, the EO may not survive either. Secondly, however, it may be more difficult to remove the statutory due process protections than the EO envisions. Current competitive service employees (and excepted service employees with at least two years of service in their positions) will have to be reassigned to Schedule F. However, to avoid future appeals, the MSPB has held that such reassignments must be accompanied by notice that the employee will no longer have appeal rights in the new position.[2] This requirement was confirmed in dictum by the U.S. Court of Appeals for the Federal Circuit (Rice v. MSPB, 522 F.3d 1311, 1318-19 (Fed. Cir. 2008).

A competitive service employee targeted for reassignment to Schedule F will have the right to decline the reassignment, which likely will result in their removal. They will, however, then have the right to appeal to the MSPB the reassignments leading to the removal. Those appeals will no doubt challenge any finding that their positions were properly included in Schedule F because they were “of a confidential, policy-determining, policy-making, or policy-advocating character.”

The basis for the protections afforded competitive service employees, and the corresponding restrictions on political activity, were succinctly articulated by the Supreme Court in Letter Carriers:

It seems fundamental in the first place that employees in the Executive Branch of the Government, or those working for any of its agencies, should administer the law in accordance with the will of Congress, rather than in accordance with their own or the will of a political party. They are expected to enforce the law and execute the programs of the Government without bias or favoritism for or against any political party or group or the members thereof.[3]

With the new Executive Order, the non-partisan, apolitical civil service, put in place in the late 19th century precisely to avoid politicization of the federal workforce, is again on life support.

If you have questions about how this affects you, please contact the employment lawyers of Kalijarvi, Chuzi, Newman & Fitch.