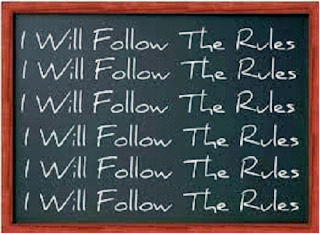 On June 15, 2017, President Trump signed the “Follow the Rules Act,” H.R. 657 (“the Act”), after it passed both the House and Senate unanimously. The Act amends the Whistleblower Protect Act (“WPA”), 5 U.S.C. § 2302(b)(9)(D), to protect federal employees when they are, “refusing to obey an order that would require the individual to violate a law, rule, or regulation[.]” The Act added the last three words: “rule or regulation.”

Through this law, Congress makes clear that it has always intended that federal employees would be protected from retaliation when they refuse to violate a rule or regulation. The House Committee Report No. 115-67 stated, “the provision was an explicit rejection of the general policy for federal employees to ‘obey first, grieve later.’”

The new Act was necessary because the Federal Circuit in Rainey v. Merit Sys. Protection Bd. focused on the word “law” and held that § 2302(b)(9)(D) only protects federal employees when they are refusing to violate a law passed by Congress.

To justify this limited view of the WPA’s protections, the Federal Circuit relied on the Supreme Court’s 2015 decision in Department of Homeland Security v. MacLean, 135 S. Ct. 913 (2015). There, the Supreme Court was considering the provision in § 2302(b)(8)(A), which protects a disclosure about a violation of a law, rule or regulation, fraud, waste, abuse, or a danger to public health and safety:

Federal Air Marshal Robert “Bob” MacLean had disclosed a 2003 plan by TSA to shut down travel by the air marshals to save money. MacLean leaked the plan to MSNBC, and TSA found the money to restore air marshal travel within 24 hours. Two years later, TSA figured out that MacLean had been the whistleblower and fired him for it. MacLean argued that because he only violated a TSA regulation prohibiting disclosures, and not any law passed by Congress, his disclosure was protected.

Notably, Sections 2302(b)(8)(B) and (b)(9)(C) of the WPA protect disclosures to the Office of Special Counsel and any Inspector General, regardless of whether the information disclosed is classified or not.

The Supreme Court agreed with MacLean, and explained its reasoning in part as follows:

Instead, the Federal Circuit focused on the distinction between “law” and “law, rule or regulation” as those terms are used in Section (b)(8)(A) to decide on the meaning of “law” in Section (b)(9)(D). Because they are different words, the court reasoned, they must have different meanings. The outcome today shows that courts should be more focused on the remedial purpose of the law, rather than the particular words used.

Dr. Timothy Rainey was a Supervisory Foreign Affairs Officer in the State Department’s Bureau of African Affairs. In 2013, he was serving as a contracting officer representative (“COR”) for the Africa Contingency Operations Training and Assistance program. He had refused to follow his supervisor’s order to tell a contractor to rehire a terminated subcontractor. Dr. Rainey argued that carrying out the order would have required him to violate Federal Acquisition Regulation (“FAR”) section 1.602-2(d), 48 C.F.R. § 1.602-2(d), by improperly interfering with personnel decisions of a prime contractor and requiring the prime contractor to operate in conflict with the terms of the contract. On October 13, 2013, Dr. Rainey’s supervisor relieved him of his duties as the COR.

Dr. Rainey originally convinced the MSPB’s Administrative Judge (“AJ”) that he had a valid claim under the WPA. However, after the AJ conducted a hearing in the case, the Supreme Court issued its decision in MacLean. The AJ relied on MacLean and dismissed the case. The MSPB and Federal Circuit affirmed. Last December, the Supreme Court denied Dr. Rainey’s request to hear the case.

Significantly, because Congress intended today’s new law to be a clarification of what it always meant in 5 U.S.C. § 2302(b)(9)(D), the MSPB is likely to hold that it has retroactive effect, and should be applied to all pending cases. The House Committee Report helpfully declares the purpose of H.R. 657 as follows:

H.R. 657, the Follow the Rules Act, clarifies that the prohibition against certain personnel actions includes personnel actions taken against any employee or applicant for employment for refusing to obey an order that would violate a rule or regulation.

The MSPB previously held in Day v. Department of Homeland Security that the 2012 Whistleblower Protection Enhancement Act amendments to the scope of protection were clarifying, and therefore have retroactive effect. I co-wrote an amicus brief in Day.

The bottom line is that the Federal Circuit’s holding in Rainey is now legislatively overruled. Indeed, Congress has made clear that § 2302(b)(9)(D) has always protected refusals to violate rules or regulations. Whistleblowers who have cases pending now on this issue need to inform their judges about this new law, and the application of the MSPB’s holding on retroactivity in Day. Together, these points should make clear that such whistleblowers have always had protection under the WPA.