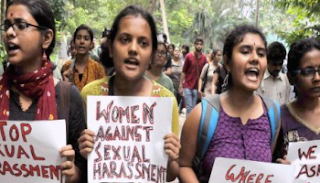 Recent sexual harassment scandals involving Harvey Weinstein, Roger Ailes and Bill O’Reilly have raised concern about the effect of confidentiality clauses in settlement agreements. These “gag clauses” can prevent victims from learning about other victims of the same harasser, deter victims from acting in concert to stop harassment, and deny them the comfort of sharing their account of what happened to them. It can also stymie the public goal of deterring future harassment and holding perpetrators accountable through civil and criminal proceedings. Some state legislators are considering bills that would ban such clauses.

Most workers, however, already have legal grounds to challenge such clauses. The federal Equal Employment Opportunity Commission (EEOC) prohibits agreements that restrict the right of all workers to file discrimination, harassment, retaliation or other charges with the agency. In EEOC v. Cosmair, Inc., the Fifth Circuit held that, “an employer and employee cannot agree to deny the EEOC the information it needs to advance [the] public interest.” Also, “A waiver of the right to file a charge is void as against public policy.” However, while courts have upheld the ability of victims to file future charges, they also have upheld agreements waiving the ability to obtain damages or other monetary relief as a result of those charges.

When the EEOC is a party to a lawsuit, it will oppose any confidentiality clause. Its policy states:

Once the Commission has filed suit, the agency will not enter into settlements that are subject to confidentiality provisions, it will require public disclosure of all settlement terms, and it will oppose the sealing of resolution documents. The principle of openness in government dictates that Congress, the media, stakeholders, and the general public should have access to the results of the agency’s litigation activities, so that they can assess whether the Commission is using its resources appropriately and effectively. Additionally, one of the principal purposes of enforcement actions under the antidiscrimination statutes is to deter violations by the party being sued and by other entities subject to the laws. Other entities cannot be deterred by the relief obtained in a particular case unless they learn what that relief was.

For publicly traded companies, the Securities and Exchange Commission (SEC) has imposed fines when they seek to restrain employees or former employees from providing information to its official investigations, or even from seeking an award for providing such information. See our previous blogs about this rule here and here.

The Occupational Safety and Health Administration (OSHA) followed the SEC’s example and issued a policy barring clauses in settlement agreements that restrain employees from any “protected activities.”

OSHA investigates violations of 22 federal whistleblower laws that protect activities to help enforce environmental, transportation safety, corporate and consumer finance, food and consumer product safety, and some other workplace safety laws. You can see a more comprehensive list of federal employee protection laws at our blog post on the subject. My presentation on whistleblower laws is available here.

For those workers who have a right to organize a union (whether or not they actually have a union), the National Labor Relations Act (NLRA) protects their right to engage in concerted activity for their mutual aid and protection. The National Labor Relations Board (NLRB) has recognized that this protection includes the right to share information with coworkers about problems with working conditions. This would include not only sexual harassment, but also workplace safety, discrimination, and wages. Employer policies or agreements that make workers think they cannot talk with their coworkers are per se violations of the NLRA.

As a result of these protections for workers, enlightened employers will include “government access” clauses in their settlement agreements. These clauses explicitly permit workers to file charges with or provide information to government agencies. Employees protected by the NLRA or by whistleblower laws are also protected in raising their concerns more publicly. In Department of Homeland Security v. MacLean, the Supreme Court held that a federal air marshal was protected by the Whistleblower Protection Act when he leaked to the media an agency plan to stop air marshals from traveling due to a budget constraint.

This issue of “gag clauses” arises even among those who otherwise protect civil rights: the National Whistleblowers Center (NWC) asked its employees to sign one in 2012. They refused to sign their gag clause, and prevailed by settlement after filing a charge with the NLRB.

With my coworker, Lindsey Williams, I launched a petition drive against NWC’s gag clause that now has over 5,000 signatures.

While new laws against gag clauses will be helpful, publicity about these efforts should not make workers think they have no protections now. Also, why would legislation be limited to victims of sexual harassment? California, for example, already has a law against restraints on disclosures about child sexual abuse. Will California have to pass a separate law to ban clauses affecting every public interest? We suggest that a more prudent approach would be a single statute that protects all disclosures about any illegality, fraud or danger to public health and safety. Then, our First Amendment rights would be truly inalienable.