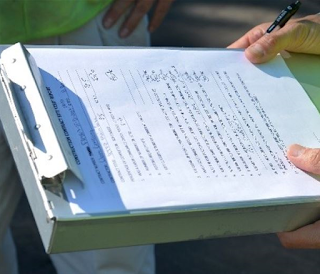 As the legislative session came to a close in April, the Maryland General Assembly passed Senate Bill 853, which expands the liability of a general contractor on a project for construction services under the Maryland Wage Payment and Collection Law. The bill became law without Governor Hogan’s signature and will go into effect on October 1, 2018.

Generally, the Maryland Wage Payment and Collection Law requires that an employer set regular pay periods and pay employees at least once every two weeks or twice each month. In addition to setting requirements for the notice an employer must provide to an employee regarding deductions, pay dates, leave benefits, and rate of pay, among other things, the law requires an employer to pay an employee all wages due for work he or she performed before his or her termination on or before the day on which an employee would have been paid the wages had the employment not been terminated. The Law provides both an administrative mechanism for enforcement of the law, as well as a private right of action to an employee who has not been paid in a timely manner. As long as the wages were not withheld as a result of a bona fide dispute, if a violation is found, the law authorizes an award to the employee of up to three times the amount of the wages, attorney’s fees, and costs.

The enacted change to the Law amends the private right of action for employers and employees in the construction services industry and provides that a general contractor on a project for construction services shall be jointly and severally liable for a violation of the Law that is committed by a subcontractor “regardless of whether the subcontractor is in a direct contractual relationship with the general contractor.”

In principle, the new law is designed to ensure that construction industry employees are paid their wages for work they performed, even if the employee has only directly performed work for a second-, third-, or fourth-tier subcontractor, as is often the case in the construction industry. The law now allows an employee who is owed wages to make a claim for them against the general contractor in addition to his or her direct employer—the subcontractor.

The effects of this expansion may be far reaching. Before the enactment of SB 853, the enforcement of the Wage Payment Collection Act was limited to the employer with whom an employee had a direct relationship. By expressly holding a general contractor on a construction services project jointly and severally liable, the law expands a general contractor’s liability for unpaid wages to far more than the subcontractors with which it is directly contracted. It is possible that as a result of this new law, general contractors will require subcontractors and any subcontractors of their own to carry insurance or a bond to protect against the possibility of wage payment collection actions.

On balance, the law benefits employees in the construction industry who often perform work and suffer delayed payment of wages either as a result of untimely payments from the general contractor or subcontractor(s) a tier or more above their own employer or of disputes about the performance of work sometimes unrelated to their own trade. This law gives construction industry workers the additional security of collecting unpaid wages they are owed, up to treble damages, and attorney’s fees and costs directly from the general contractor on the construction services project for which they were employed.