How Appealing are HHS Scientists Now? 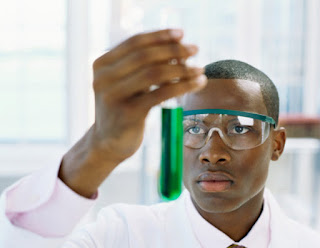 It is widely known that the Department of Health and Human Services (HHS) is the home of one of the greatest collection of scientists and physicians in the world.  The Centers for Disease Control employs investigators of Ebola and other infectious diseases who operate around the globe; the Food and Drug Administration requires researchers in food and drug safety and medical devices; and the National Institutes of Health is widely regarded as the most sophisticated medical research institution in the world.

What is not widely known is that, according to HHS, between 7,000 and 10,000 of these employees were not entitled to appeal to the Merit Systems Protection Board if they are fired, demoted, or suspended for 15 days or more.  A recent decision from the U.S. Court of Appeals for the Federal Circuit declared for the first time that these employees do have civil service appeal rights.

About 70 years ago, the Government realized it could not compete with the private sector for the services of scientists and physicians if their salaries were limited by the Government’s pay scales.  Accordingly, Congress granted the Public Health Service, the agency where most of these employees worked, the authority to “appoint employees without regard to the civil service laws.”  This language, which allows the Government to pay much higher salaries to these employees, was included in two statutes, 42 U.S.C. § 209(f) and 42 U.S.C. § 209(g); as the result, the employees hired under these statutes are called “Title 42 employees.”

In 1979, Congress enacted the Civil Service Reform Act.  The CSRA established procedures, such as advance written notice and an opportunity to reply, which had to be given to “employees” before they could be fired or suspended, and it also allowed them to appeal those actions to the MSPB.  The definition of “employee” included non-probationary competitive service employees, as well as preference eligible employees (veterans) who spent at least a year in the excepted service.  In 1990, Congress changed the definition of employee to include excepted service employees with 2 years of service.  Throughout the introduction of these new laws, however, one thing remained the same: regardless of the definition of “employee”, HHS told its Title 42 employees they could not appeal to the MSPB because Title 42 allowed them to be “appointed without regard to the civil service laws.”  HHS and the MSPB interpreted that language to mean that Title 42 employees could be fired “without regard to the civil service laws.”  Some Title 42 employees, such as CDC employees, were fired or suspended with no notice or opportunity to be heard, while others, such as NIH employees, were given a Proposal and a right to Reply, but were told they would not be able to appeal to the MSPB if the decision went against them.

In 2014, the CDC gave one of these employees, Dr. Renu Lal, a letter telling her she was terminated, but it did not say why and she was not permitted to tell her side of the story.  Dr. Lal went to the MSPB, which dismissed her appeal based on 209(f).

On May 11, 2016, however, the U.S. Court of Appeals for the Federal Circuit reversed the Board. Since Congress expanded the definition of “employee” in 1990 to include excepted service employees, the Federal Circuit has decided three cases in which agencies have taken actions against employees and argued they could not appeal.  In the first case, Todd v. Merit Systems Protection Board, the court agreed that Todd could not appeal the reduction in his salary, but that was because the statute under which he was hired provided that “the employment relationship may be fixed without regard to the Civil Service Act and . . . [sections] 7511, 7512, and 7701 of title 5.”  5 U.S.C. sections 7511, 7512, and 7701 define “employee” and the protections available to employees, including the right to appeal.

In the second case, King v. Briggs, an employee was fired and the agency argued she was not entitled to appeal, citing Todd.  In Briggs, the statute said Ms. Briggs could be appointed “without regard to the provisions of Title 5 governing appointments in the competitive service, or the provisions of chapter 51 and subchapter III of chapter 53 of such title relating to classification and General Schedule pay rates.”  Unlike the statute in Todd, the statute in Briggs said nothing about her removal or appeal rights.  The court held that this difference was critical and that she was entitled to appeal her removal to the Board.

In the third case, Bennett v. Merit Systems Protection Board, a Department of Veterans Affairs employee was fired and was denied the right to appeal to the Board.  She pointed to the decision in Briggs and argued she should have that right.  The statute under which Ms. Bennett was appointed, however, said that she could be “appointed, compensated from funds of the Service, and removed by the Secretary without regard to the provisions of title 5 governing appointments.”  The court held that this statute, as with the statute in Todd but unlike the statute in Briggs specifically provided for removal of the employee without the appeal rights to which she was otherwise entitled.

Reviewing those cases, the court held that the statute under which Dr. Lal was appointed, which said merely that she could be “appointed with regard to the civil service laws”, could not preclude her right to appeal her removal because Congress said nothing about removal in the statute.  The court sent Dr. Lal’s appeal back to the MSPB, where she will be able to argue that she was denied basic due process.

While the court’s decision in Dr. Lal’s case involves 42 U.S.C. § 209(f), there is no reason to believe that the decision applies any differently to employees appointed under § 209(g).  According to a Government Accountability Office Report (look on p. 11), “In 2010, 25% of all NIH employees were Title 42 employees, while 10% of CDC employees and 6% of FDA employees were Title 42. NIH relied on Title 42 authority for a substantial portion – 44% its total research and clinical practitioner workforce.”

Recognizing the government’s need to recruit scientists with specialized knowledge and skills, Congress opened a way for HHS to hire the world’s best scientists at competitive salaries. This worthwhile purpose is not served by permitting HHS to fire these scientists and physicians without the civil service protections normally allowed to tenured federal employees.  The Federal Circuit made the right decision in holding that Dr. Lal, and the thousands of other HHS scientists, have the same appeal rights as other federal employees.  Public health will be served by retaining those specialists who would otherwise be fired for arbitrary or erroneous reasons.

Note:  Mr. Chuzi is the attorney who represented Dr. Lal in her appeal to the Federal Circuit.