Knowing Where You Come From: Perception of National Origin Discrimination 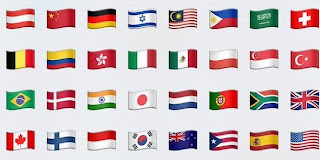 It turns out it may be national origin discrimination even if the harassers don’t actually know where you’re from.

In June 2016, the EEOC issued Proposed Enforcement Guidance on National Origin Discrimination and opened the document for comments until July 5th.  Both the Proposed Guidance and the submitted comments are available online.

One point that drew considerable attention was the guidance on “Perception” discrimination, which the Proposed Guidance describes as follows:

Perception: Employment discrimination based on the belief that an individual (or her ancestors) is from one or more particular countries, or belongs to one or more particular national origin groups. For example, Title VII prohibits employment discrimination based on the perception that someone is from Middle Eastern countries or is of Arab ethnicity, regardless of how she identifies herself or whether she is, in fact, from one or more Middle Eastern countries or ethnically Arab.

Proposed Guidance, p. 6. In support, the Guidance cites a case of an Indian man inaccurately and derisively called at work an “Arab” or “Taliban.” Id. at note 26.  In that case, the Fifth Circuit reversed a Texas court’s summary judgment granted to the defendant because “none of the alleged harassment related to the fact that [the Appellant] is from India.”  E.E.O.C. v. WC&M Enterprises, Inc., 496 F.3d 393, 401 (5th Cir. 2007).  The Appeals Court, citing both the EEOC’s own guidelines and a number of district court cases, concluded that even erroneous conclusions as to a person’s place of origin can provide a basis for a national origin discrimination claim.  As one decision cited by the court said, “The plaintiff may still establish a cause of action under the Civil Rights Act despite the defendant’s mistaken belief that his ethnic characteristics are those of a person of Italian, rather than Greek, descent.”  Id.  (quoting Kanaji v. Children’s Hosp. of Philadelphia, 276 F. Supp.. 2d 399, 401-04 (E.D. Pa 2003) ).

In comments to the EEOC’s proposed guidelines, the Equal Employment Advisory Council (“a nationwide association of employers organized in 1976 to promote sound approaches to the elimination of employment discrimination”) objected that “perceived discrimination” was nowhere to be found by language or implication in Title VII.  EEAC comments, p. 4.  Quoting the language of the statute at 42 U.S.C. § 2000e-2(a), the EEAC declares that “Nowhere does the statute state explicitly, or even imply indirectly, that ‘perceived’ national origin is a legally-protected characteristic.”  Id.  While it is admittedly difficult to prove a negative, the EEAC does not even attempt to support the declaration that the implication of “perception discrimination” is lacking in the language of Title VII.

Moreover, the EEAC’s objections to the guidance on “perceived” national origin discrimination ignore last year’s Supreme Court decision in EEOC v. Abercrombie & Fitch Stores, Inc., 135 S.Ct. 2028 (2015), which placed on employers the burden of demonstrating that Title VII precludes the use of “perceived” discrimination.  In that 8-1 decision (Thomas dissented in part), the Court explained that, “It is significant that § 2000e–2(a)(1) does not impose a knowledge requirement.”  Id. at 2032.  Abercrombie’s defense that it had chosen not to hire a hijab-wearing applicant without knowing that  any religious significance attached to the hijab she wore was insufficient to defend against the EEOC’S claim of religion-based disparate treatment.  The Court made clear that Title VII’s prohibition of intentional discrimination “prohibits certain motives, regardless of the state of the actor’s knowledge.  Motive and knowledge are separate concepts.”  Id. at 2033.   Thus, an actor who intends to discriminate may do so even if his knowledge of the person’s protected category is imperfect.

This is not true, the Court reminded us in Abercrombie, in another civil rights law.  In the Americans with Disabilities Act, an employer’s knowledge of a worker’s disability is a prerequisite to a finding that the employer failed to accommodate that worker.  Id. at 2032-33 (“the Americans with Disabilities Act of 1990 defines discrimination to include an employer’s failure to make “reasonable accommodations to the known physical or mental limitations” of an applicant. § 12112(b)(5)(A) (emphasis added)”).  However, the ADA expressly provides for disparate treatment claims based on a claim that the employee was “perceived” to be disabled, thus permitting a finding of intentional discrimination even when the employer’s conduct is based on faulty – and even incorrect – information.

Nevertheless, the Court’s holding in Abercrombie makes clear that the EEOC’s guidance on perceived national origin discrimination is sound.  Intentional discrimination requires intent, but not knowledge. The flawed perception of where a person is from or his or her ethnicity is sufficient to support a claim for discrimination.  As in many other areas of the law, ignorance is no defense.