Montgomery County, Maryland passes $15/hour minimum wage. Who is affected, what are the caveats, and will it last? 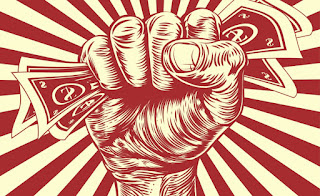 On Monday, November 13, Montgomery County Executive Isiah Leggett signed into law the County Council’s bill increasing the County-wide minimum wage to $15.00 per hour for certain employers by 2021. Under Montgomery County Council Bill 28-17, as enacted, the law provides a transition period to allow for the annual incremental increase of the hourly minimum wage paid by “large” employers, which are defined as those who employ 51 or more employees. Previous incremental adjustments to the County’s minimum wage did not account for the size of the employer.

Regardless of the size of the employer, beginning July 1 in the year after the $15.00/hour minimum wage is reached, the County’s Chief Administrative Officer must adjust the minimum wage each subsequent July 1 by the annual average increase in the Consumer Price Index (CPI) for Urban Wage Earner and Clerical Workers for Washington-Baltimore, during the previous calendar year. For mid-sized and small employers, if the annual average increase under the CPI is less than $.50, then the annual increase shall be one percent of the minimum wage required for the previous year, up to a total increase of $.50.

Who is exempt from the County’s $15.00/hour minimum wage increase?

Moreover, employers with fewer than 51 employees will have a longer transition period to implement the minimum wage.

What are the caveats to the County’s minimum wage increase?

The public policy behind the legislation to provide an improved standard of living for otherwise low-wage, hourly earners in Montgomery County is apparent from the exclusion of employees 19 years and younger who are employed for fewer than 20 hours a week. Still, during their first six months of employment, employers retain discretion to pay employees under 20 years old a wage equal to 85% of the County minimum wage.

Will the law last?

Yet in January 2017, Mr. Leggett’s reported concern was that the legislation would put Montgomery County at a “competitive disadvantage…compared to…neighboring jurisdictions.” By comparison, the $9.25 per hour minimum wage in Prince George’s County increased to $11.50 per hour on July 1, 2017. In the District, the current minimum wage of $12.50 is on track to increase incrementally to $15.00 per hour by July 2020, the same date as the proposed legislation in Montgomery County. In his January 2017 veto message, Mr. Leggett also commissioned a study of the economic impact of a $15.00 per hour minimum wage on the County’s public, private, and non-profit sectors and pushed for a revised bill that extended the wage increase’s phase-in to 2022, and which included an exemption for small businesses and youth workers.

On the whole, most of the conditions Mr. Leggett sought are not satisfied by or do not support the current law. Indeed, the study commissioned by the County Executive fails to make any finding about the impact of the minimum wage increase on non-profit employers in Montgomery County. Opponents of the legislation in Montgomery County, as with those opposed to the $15.00 per hour minimum wage trend, have long argued that such sharp wage increases lead to layoffs and overburden businesses. For example, the study projected that approximately 47,000 jobs would be lost by 2022 as a result of the County’s increase in the minimum wage. Out of those jobs, approximately 43,500 of the lost positions were expected to be for low-wage workers. And far from exempt, under the new law, small businesses must implement the increase to $15.00 per hour by 2024, just three years after large employers are required to do so in four years’ time by 2021.

So why enact this law now? Interestingly, and perhaps as an acknowledgement of the risks the $15.00 per hour minimum wage mandate presents so soon after a recession and as a nod to the business interests in the County, the law provides for the suspension of the minimum wage increases in the event economic conditions do not support a minimum wage increase. Between 2018, and annually until 2024, the County’s Director of Finance must certify to the County Council and Executive whether any of the four following conditions are met:

By signing the law with this provision in the third year of his third and final term as County Executive, Mr. Leggett appears to receive the benefit of embracing and signing a $15.00 per hour minimum wage into law, while simultaneously leaving the door open for his successor to suspend its implementation if economic conditions do not support it.