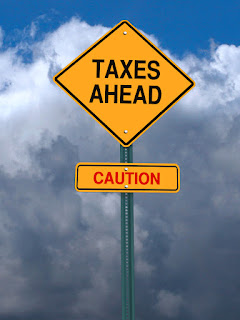 It is no secret that EEOC complaints filed by federal employees can take years before they reach a final decision. In such cases, it is not unusual for an award of back pay to encompass five, six, or even more years. In a recent blog, we observed that the EEOC has required agencies to reimburse an employee the difference between the taxes paid in the year the back pay award was received and the total taxes that would have been paid had the pay been received in the earlier years. This difference is called the tax consequence. The EEOC holds that to require the employee to pay the excess taxes detracts from “make whole relief,” and it has recently held that to avoid leaving the employee responsible for taxes on the tax consequence, agencies must “gross up” the payment of the tax consequence to account for future taxes.

The Merit Systems Protection Board, however, has not adopted the EEOC’s approach to these situations. Rather, starting in Wilson v. U. S. Postal Service, the Board has consistently held that it lacks authority to order a remedy for the tax consequences of a back pay award. Until now.

On June 13, 2017, MSPB Administrative Judge Pamela Jackson issued a decision granting the request for the reimbursement of the tax consequences resulting from a back pay award. In Smith v. Dep’t of Transportation, the Appellant, who was represented by KCNF Partner Elaine Fitch, had been suspended for 30 days in 2005 (and was denied a promotion the next year because of the suspension) and he filed a mixed case appeal. (A mixed case appeal includes an allegation of discrimination and/or reprisal.) The Board’s decision adopting the EEOC’s finding of reprisal was in 2012, and the parties finally agreed that the back pay (plus interest) amounted to $93,115, which was paid in 2016. Smith retained an accountant, who concluded that the lump sum resulted in an additional tax liability to Smith of $10,941. Smith requested that amount, plus the $3,700 fee charged by the accountant. The Agency opposed the request, arguing that the Administrative Judge lacked the authority to overrule the Board’s decision in Wilson.

The decision in Smith opens the door to eliminating the anomalous situation in which an employee prevails on a mixed case but part of an ensuing back pay award is erased by the tax consequence of a lump sum payment. If the full Board adopts Judge Jackson’s reasoning, the gap between the relief available from the Board and the EEOC will be closed.