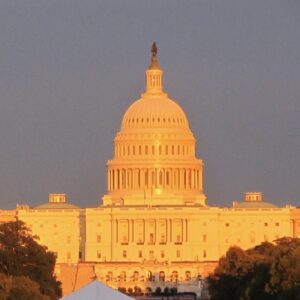 After months of stand-offs and negotiations, and a surprising presidential protest, the 2021 Budget finally was signed into law on December 27, 2020. It includes a diverse set of provisions against discrimination and retaliation. These provisions highlight some of the most uneven aspects of federal laws protecting whistleblowers and other employees.

Section 713 of the law (p. 252) prohibits the payment of any salary to a federal official who prevents or threatens to prevent any federal employee from communicating with any Member of Congress or congressional committee. The law also prohibits retaliation against federal employees who communicate with Congress. This provision is unusual because it extends throughout the federal government, unlike the Whistleblower Protection Act (WPA), which has numerous exclusions.

On pages 560 and 608-09, Congress tells the Secretaries of the Treasury and State, and the U.S. directors of each international financial institution to “encourage each such institution to effectively implement and enforce policies and procedures which meet or exceed best practices in the United States for the protection of whistleblowers from retaliation[.]” Employees of many international institutions, such as the World Bank and International Monetary Fund, are not protected by U.S. law even when they work in the U.S. Congress wants them to adopt policies reflecting U.S. standards for:

However, not only is this provision not binding on these institutions, but U.S. whistleblower protection laws are not consistent on any of these points. The Dodd-Frank Act, for example, creates a right to sue for retaliation only for those whistleblowers who made disclosures to federal agencies, leaving internal whistleblowers in the cold. Digital Realty Trust, Inc. v. Somers, 583 U.S. ___ (2018). Some U.S. whistleblower laws require that the whistleblower show retaliation was a “contributing factor” in the adverse action (WPA, SOX, ERA, STAA, AIR21, ACA, and many others) while others require proof of a motivating factor (OSH Act 11(c), CWA, SWDA, SDWA, TSCA), or even “but for” causation (Title VII private sector retaliation). Statutes of limitations for U.S. federal whistleblower protections range from 30 days (OSH Act 11(c) and environmental whistleblower laws), to 60 days (miners and Peace Corps volunteers), 90 days (AIR 21 and pipeline safety), 180 days (STAA, ERA, SOX, CFPB, ACA, etc.), 1 year (Fair Housing administrative complaints to FHEO), 2 years (FLSA, banking, ADEA), 3 years (WPA, DCWPA, NDAA, FCA, Dodd-Frank, ERISA), 6 years (FCA qui tam award claims), to some having no time limit at all (USERRA). So, in seeking to extend “best practices in the United States,” Congress calls attention to how its own whistleblower protection laws are still wildly uneven in the protections afforded.

On page 1106, Congress requires the General Services Administration (GSA) to create an AI Center of Excellence. By September 23, 2021, GSA’s Director must issue a memo to the heads of all federal agencies that identifies “best practices for identifying, assessing, and mitigating any discriminatory impact or bias on the basis of any classification protected under Federal nondiscrimination laws, or any unintended consequence of the use of artificial intelligence[.]” This provision appears to be based on the case of former Google expert Timnit Gebru, who was fired by Google after she criticized the discriminatory impact of Google’s artificial intelligence products, such as facial recognition.

On Page 1116, Congress amends the whistleblower protection in the 2013 National Defense Authorization Act (NDAA), 41 U.S.C. Section 4712, to expand the protections for employees of “subgrantees.” These amendments became necessary when the Department of Education’s Inspector General (IG) refused to investigate an allegation of retaliation against Head Start teachers because their employers were considered to be “subgrantees” and not “grantees” of the federal education funds. KCNF represented one of those teachers who filed a whistleblower retaliation complaint with that IG.

On page 1156, Congress expands the whistleblower protections in the Wendell H. Ford Aviation Investment and Reform Act for the 21st Century (AIR21), 49 U.S.C. §42121, to protect employees of aircraft manufacturers. Previously, AIR21 only protected the employees of air carriers and their contractors. This provision closes a loophole that was exposed when flaws in Boeing’s 737 Max 8 caused two plane crashes and a grounding of that entire class of aircraft.

Significantly, while over 109,000 Americans die each year from the side effects of lawfully prescribed medications, Congress has not enacted any whistleblower protection specifically for the employees of pharmaceutical companies. Similarly, while over 340,000 Americans have died from covid-19 as of this writing, the protections for employees who raise workplace health and safety concerns remain among the weakest whistleblower laws. For further information on the pandemic issues, see:

Pandemic reveals a hole in our web of whistleblower protections

On page 1172, Congress enhances the FAA’s newly renamed ‘Office of Whistleblower Protection and Aviation Safety Investigations’ and authorizes this Office to receive complaints of whistleblower retaliation by FAA employees. While those employees will now have the ability to file complaints either with that Office or the Office of Special Counsel (OSC), only decisions on complaints filed with OSC can be appealed to the MSPB.

On pages 1709-10, Congress prohibits group health insurance companies from entering into “gag” clauses affecting disclosure of cost and quality of care information. The provision requires that the data shared be “de-identified” pursuant to HIPAA and GINA regulations.

On page 1978, Congress prohibits educational institutions from discriminating “against any borrower or applicant in obtaining a loan on the basis of race, ethnicity, national origin, religion, sex, marital status, age, or disability status.”

On page 2036, Congress amends the Bankruptcy Act to prohibit discrimination in eviction moratorium relief, mortgage forbearance and foreclosure relief under the CARES Act on the basis of having been a debtor in bankruptcy proceedings. 11 U.S.C. Section 525; 15 U.S.C. Sections 9056, 9057, 9058.

The full law is available at:

KCNF maintains a list of federal anti-retaliation laws at: https://kcnfdc.com/most-legal-claims-have-time-limits/

It includes references to whistleblower protections laws cited in this blog.