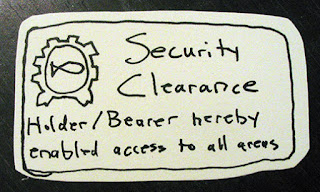 On June 8, 2017, Security Executive Agent Directive 4 (SEAD 4), National Security Adjudicative Guidelines, went into effect. These are the standards used across the federal government to decide whether a person – federal employee, member of the military, or government contractor – may be granted or retain his or her security clearance. These same Guidelines are extended here to serve as standards to determine eligibility for a person to hold a sensitive position, whether or not the occupant of the position has access to classified information. (On its second page, SEAD 4 defines a sensitive position as, “[a]ny position within or in support of an agency in which the occupant could bring about, by virtue of the nature of the position, a material adverse effect on the national security regardless of whether the occupant has access to classified information, and regardless of whether the occupant is an employee, military service member, or contractor.”)

SEAD 4, which updates Adjudicative Guidelines from October 2006, has four parts: the Directive itself and three appendices. The Directive, little more than three pages in length, contains sparse language defining terms, explaining the three appendices, and outlining responsibility for making and recording security clearance decisions. The substance of the document lies in its appendices. Appendix A contains the 13 actual Guidelines, which cover:

They are the “common criteria” used by all executive agencies to make a security eligibility determination for any covered individual. Changes are evident in most of the thirteen guidelines, but for the most part the changes are minor.

For example, under Guideline D, “sexual behavior” now includes “conduct occurring in person or via audio, visual, electronic, or written transmission,” in recognition of the possibilities afforded by social media and other electronic capabilities. Significant changes include, under Guideline C, a willingness to allow holders of dual citizenship to maintain a clearance given the right predicates. Under Guideline F, concerns raised by a failure to pay taxes may now be mitigated if “the individual has made arrangements with the appropriate tax authority to file or pay the amount owed and is in compliance with those arrangements.” Guideline I has added a specific list of behaviors that might cast doubt on a person’s judgment, stability, reliability, or trustworthiness and added two other sections as well. The first makes “voluntary or involuntary inpatient hospitalization” a condition that could raise a security concern. The second addition lists “pathological gambling or associated behaviors” as raising concerns. Guideline J appears to be much altered, but the changes are largely the result of removing Bond Amendment guidance to Appendix B, which is discussed below. However, the new Guideline J now goes beyond the Bond Amendment to make not just “discharge under dishonorable conditions” concerning, but any discharge other than “Honorable.” Guideline M now allows in mitigation evidence that the violation “was inadvertent, promptly reported, there is no evidence of compromise, and it does not suggest a pattern.”

Appendix B contains the Bond Amendment Guidance, gathered here in one place and gaining clarity thereby. The Bond Amendment came into effect in 2008 and prohibits all Federal Government Agencies from granting or renewing a security clearance for any covered person who is an unlawful user of a controlled substance or is an addict. For special access programs specifically, SAP’s, Restricted Data, and SCI, the Bond Amendment makes disqualifying (1) conviction of a felony; (2) dishonorable discharge from the military; (3) determination of mental incompetence. These three disqualifying factors may, however, be waived, in a meritorious case.

Finally, for the first time, authorized exceptions to the Guidelines are outlined in Appendix C. Four categories are provided that allow a security clearance to be granted despite concerning information under the Adjudicative Guidelines or discrepancies in the investigation. The addition of appendices B (Bond Amendment Guidance) and C (exceptions) adds significant clarity to the processing of security clearances. Changes within the Appendices will be discussed in future blogs.