Note to Clearance Holders: Merely “Liking” an Extremist Post Can Get You in Trouble 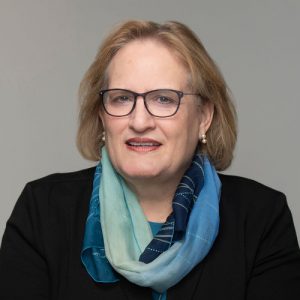 Are you a Security Clearance holder who posts, or tweets, or “likes” the posts or tweets of others?  If so, you should know that something as seemingly innocuous as re-tweeting or “liking” a post, may – if that post or tweet is deemed “extremist” — put a clearance at risk under the newly revised DoD Instruction 1325.06 “Handling Protest, Extremist, and Criminal Gang Activities Among Members of the Armed Forces,” (available here). DoD Instruction 1325.6 was revised by the Countering Extremist Activity Working Group (CEAWG), appointed by SecDef Lloyd Austin in April 2021 in response to concerns raised, at least in part, by the apparent participation of active-duty military in the January 6, 2021, insurrection in Washington, D.C. These concerns are not unwarranted: on January 13, 2022, members of the Oath Keepers, an organization comprising in part current and former military members, were indicted for conspiracy to engage in sedition in leading to the January 6, 2021 riots.

Under the revised policy, commanders are encouraged to “pursue adverse administrative action in addition to or in lieu of punitive action in response to a Service member’s active participation in extremist activities.” Included in the list of possible adverse administrative actions is “loss of security clearance.”  Section 9(b); see Id. at (C)(1)(c). Even “signs of extremism,” that may not rise to the level of active participation but merely suggest the potential for such participation, requires investigation by the commander.  Id. at (d).  A credible report or suspicion of extremist activities will trigger a report to the command security manager, if the military member possesses a security clearance.” Id at (1)(c).

In many ways, the revised extremism policy proposes nothing new for security-clearance holders. On the contrary, Guideline A, Allegiance to the United States, of the current Adjudicative Guidelines (SEAD 4, available here), identifies as a negative indicator, raising concerns:

Association or sympathy with persons or organizations that advocate, threaten, or use force or violence, or use any other illegal or unconstitutional means, in an effort to:

SEAD 4, Appendix A, ¶. 4.  While the proscription of those actions is established, what is new are the detailed ways in which a person who is subject to DoD Instruction 1325.6 may be judged to “associate” or show “sympathy” with extremist organizations. Military personnel who hold clearances are thus doubly put on notice that their participation in extremist activities – even in seemingly minor ways such as “liking” a post – can cost them their clearance and (as a result) their job.

The 2021 version of KCNF’s essential “Security Clearance Law and Procedure” has just been published. If you have any concerns or questions regarding activities that may implicate a security clearance, the attorneys at KCNF are experienced in clearance matters and are available to assist.

This article also appeared in FEDweek on January 25, 2022.