OSC and Unions: A Common-Sense Partnership 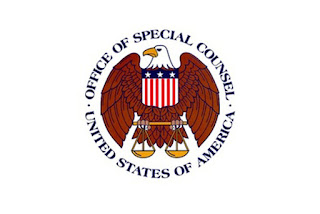 In light of President Trump’s May 2018 Executive Orders targeting civil service protections and union rights, it is more important than ever for unions and the U.S. Office of Special Counsel (“OSC”) to partner toward their common goals. Unions and OSC are natural allies in their efforts to protect employee and whistleblowing rights. Indeed, Special Counsel Henry Kerner recently described OSC’s mission as “safeguard[ing] employee rights and hold[ing] the government accountable.”

Previously, in April 2018, we wrote that federal sector union officials now have a stronger legal basis, under the Whistleblower Protection Enhancement Act (“WPEA”), to bring claims of union retaliation to OSC. Not only do union officials have a better legal avenue under the WPEA, OSC is becoming more effective in carrying out its mission. On June 12, 2018, OSC released its FY 2017 Annual Report , in which it reported that with just a modest increase in its resources, it achieved a record-breaking number of favorable resolutions for federal employees in both prohibited personnel practice (“PPP”) and whistleblower retaliation matters:

In PPP cases this past year, OSC achieved 323 favorable actions, more than triple the number in an average year. Over FY 2016-17, OSC obtained favorable results in 459 whistleblower retaliation actions, which is also triple the rate of an average two-year span. Further, OSC achieved a record 47 systemic corrective actions in FY 2017, which will result in significant policy changes or larger training efforts to proactively prevent future violations at the agencies involved.

FY 2017 Annual Report at 18-19. For union officials who are concerned that the recent Executive Orders might prompt managers to declare “open season” on unions, OSC is an increasingly valuable resource. This is encouraging news for all federal employees, but the timing is particularly critical for unions.

If union officials are concerned that they will suffer retaliation themselves, they are now also worried that labor relations specialists who deal with them in good faith will be targeted and suffer retaliation. On June 19, 2018, 23 federal sector unions came together and wrote a letter to OSC expressing concern that Agencies will retaliate against their own labor relations professionals, specialists who are required by law to engage with unions in good faith. This coalition of unions asked OSC to:

[B]e proactive in investigating retaliation (as well as implied threats of retaliation and other forms of pressure) being taken against labor relations employees at various agencies who push back against carrying orders that violate law.

In their day-to-day duties and negotiations, unions and labor relations professionals often take opposing positions, so it is meaningful that unions are coming to their defense here. Of course, unions need labor relations professionals to be able to work with them in good faith, but this gesture highlights that unions value the symbiotic relationship they have with their management counterparts and the importance of the parties being able to work productively together. We are encouraged to see unions coming together on this significant issue, and we hope that OSC will take any such claims of retaliation seriously.

While unions need all the support they can get right now, this isn’t just a one-way street. OSC would benefit from strengthening its relationships with unions too. By virtue of their mission and structure, unions often serve as the primary point of contact for employees who witness wrongdoing in the federal workplace. Bargaining unit employees who are charged with carrying out new policies or who actually see where “the rubber meets the road” are often in the best position to see where an agency might break the law or fall short of its mandate. What’s more, these employees frequently rely on their union officials to help them navigate the reporting and complaint mechanisms. Unions are essentially in a position to neatly package actionable cases for OSC to carry out its mission.
Unions and OSC are natural allies. We hope that OSC will use the present opportunity to form strong partnerships with unions that represent such a large percentage of the federal workforce.

Even as OSC becomes more effective, it is still a small agency that must process thousands of new matters each year. At KCNF, we are available to help unions and individual employees present the best possible retaliation and whistleblower claims. We are always thinking creatively to develop better legal strategies for our clients. If you have a question about whistleblowing or retaliation, please call 202-331-9260 to begin our intake process, or submit your legal issue here.