Out of the Closet, Out of the Woods? LGBTQ Workers Can’t Get a Straight Answer 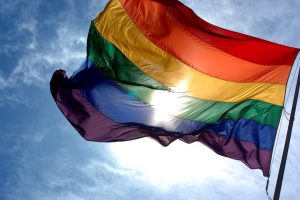 For the LGBTQ community, “coming out” is a big deal—that’s no secret. What is not as widely recognized, however, is that coming out is rarely a one-time event. In reality, every day has the potential to be yet another Coming Out Day. Figuring out whom to tell, and when to do so, can be a complex, strategic undertaking with very real consequences. And, after the more obvious assessment of family and friends, some of the most complicated questions you might have to face are, “Should I come out to my coworkers?” or “Should I come out to my boss?”

According to a recent study by the Human Rights Campaign, 46% of LGBTQ workers are “closeted at work.” This is in stark contrast to the 28% of LGBTQ workers who are “not open to anyone in their lives.” For those who confront that decision, these numbers more than make sense. The workplace is where many adults spend at least half of their waking hours and is quite literally the means by which we meet our basic needs. The possibility that honesty can compromise your livelihood is daunting, to say the least.

Unlike many other classes impacted by biases in the workplace—race, religion, age, national origin, disability, etc.—workplace protections for LGBTQ workers depend more and more on where you live. Under the Obama administration, the EEOC agreed that Title VII provides protection on the bases of sexual orientation and gender identity. Yet more recently the Department of Justice has gone so far as to file a brief in opposition to the EEOC in Zarda v. Altitude Express, Inc., a Second Circuit case which ultimately held that the employee was protected by Title VII. Zarda has been appealed to the Supreme Court, though the Court has not yet decided whether to hear the appeal.

Further evidence of a shift in the availability of protection for LGBTQ workers is the recent revelation of a Health and Human Services memorandum that, according to the New York Times, proposes to “define sex as either male or female, unchangeable, and determined by the genitals that a person is born with,” and “[a]ny dispute about one’s sex would have to be clarified using genetic testing.” This attempt to eviscerate protections for transgender individuals at the most fundamental level is in stark contrast to the Occupational Health and Safety Administration’s (“OSHA’s”) best practices memorandum that explains in detail that “[g]ender identity is an intrinsic part of each person’s identity and everyday life” and that “authorities on gender issues counsel that it is essential for employees to be able to work in a manner consistent with how they live the rest of their daily lives, based on their gender identity.” These two positions are in direct conflict, which creates even greater uncertainty for workers and sends mixed messages to employers.

Federal protections under Title VII are almost as unpredictable, resulting in an unstable circuit split bound to reach the Supreme Court’s attention. In the meantime, just under half of states and the District of Columbia provide legal protections for workers based on sexual orientation and gender identity, and labor contracts work hard to make up the difference. Does it matter? Just like the decision of whether to come out to Great-Aunt Mimi, the answer will be different for everyone. In the end, it’s a personal decision. Legal protections do not eliminate discrimination, but they do provide recourse.

If you think you are being discriminated against in the workplace based on your sexual orientation or gender identity and want to know what your legal options are, please don’t hesitate to give KCNF a call, at 202.331.9260.