Per Se Violations Do Not Require Any Showing Of Causation 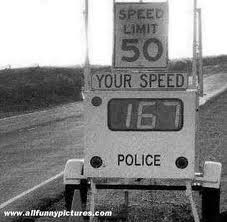 On June 13, 2017, the DC Bar’s Labor and Employment Section presented a panel discussion on Causation Standards in Employment Law. As one of the panelists, I prepared a paper and presented recent developments in per se violations, whistleblower laws, and state statutes and tort claims.

Causation standards matter. These standards determine how easy or difficult it will be for a party to prove its case. In the typical employment discrimination case, the person claiming discrimination has to prove that their protected characteristic (race, color, gender, national origin, religion or disability, for example), was what caused, or motivated, their adverse treatment.

Some claims, however, require no proof of causation whatsoever. These are called “per se” violations because the conduct itself is unlawful – regardless of the true motivation. In federal sector discrimination cases, the EEOC has held that any statements or conduct that discourage employees from reporting discrimination per se violate the law.

For example, in Williams v. Department of the Army, a supervisor told his subordinate “that it would not be in Complainant’s best interest to file an EEO complaint.” Even if the supervisor was saying this to provide a helpful warning to the employee, it is still unlawful because it could discourage participation in the EEO complaint process. EEOC has called such comments, “a flagrant attempt to dissuade Complainant from engaging in the EEO process by suggesting or threatening that he [or she] could suffer unpleasant consequences if he [or she] pursued his EEO claims.” The Commission has found that even if a complainant successfully initiates the EEO process in spite of such threats or suggestions, the complainant is still aggrieved.

The National Labor Relations Act (NLRA), 29 U.S.C. § 157, guarantees an employee’s right to share information with co-workers. It does this by saying, “Employees shall have the right to self-organization, to form, join, or assist labor organizations, to bargain collectively through representatives of their own choosing, and to engage in other concerted activities for the purpose of collective bargaining or other mutual aid or protection . . ..” These are called the “Section 7” rights and employees who exercise these rights are engaging in Section 7 activity.

It shall be an unfair labor practice for an employer

(1) to interfere with, restrain, or coerce employees in the exercise of the rights guaranteed in section 157 of this title; […]

(3) by discrimination . . . to encourage or discourage membership in any labor organization[.]

The National Labor Relations Board (NLRB) investigates and adjudicates claims of violations of this law. On March 18, 2015, the NLRB General Counsel issued a memo explaining how the Board may find that employment policies, typically those found in employee handbooks, can be per se violations of the law.

The most obvious way such a policy would violate Section 8(a)(1) is by explicitly restricting protected concerted activity; by banning union activity, for example. Even if a policy does not explicitly prohibit Section 7 activity, however, it will still be found unlawful if:

Employees have a “Section 7” right to discuss wages, hours, and other terms and conditions of employment with fellow employees, as well as with nonemployees, such as union representatives. Thus, an employer’s confidentiality policy that either specifically prohibits employee discussions of the terms and conditions of employment—such as wages, hours, or workplace complaints—or that employees would reasonably understand to prohibit such discussions, violates the Act. Similarly, a confidentiality rule that broadly encompasses “employee” or “personnel” information, without further clarification, could reasonably be construed by employees to restrict Section 7-protected communications. Examples of unlawful policies include:

Similarly, if a whistleblower law protects employees who copy documents they are permitted to access, who disclose them to law enforcement authorities, or who otherwise raise concerns about compliance with the law or public safety, then employer policies cannot restrict or discourage these activities. The Department of Labor has held that copying and disclosing employer documents about illegal activities are protected even if these actions violate an employer’s confidentiality policy. Courts have protected employees’ collection and submission of documents for use in evidence, as well as employees’ investigations of suspicions of illegality, even “before they have put all the pieces of the puzzle together.

The Securities and Exchange Commission (SEC) has started imposing fines on companies that use confidentiality policies or agreements to deter employees or former employees from making disclosures to the SEC, or even from making whistleblower award claims.

On August 23, 2016, OSHA issued a policy against approving settlements that restrain protected activities or discourage employees from collecting lawful awards.

Employers must be mindful of these legal boundaries when they prepare their policy manuals or draft settlement or severance agreements. Employees can exercise their rights more freely when they realize what is protected “per se.”