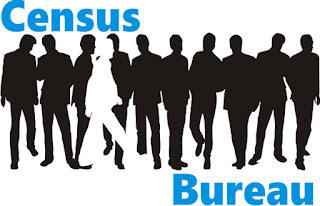 When Anthony Perry began working for the U.S. Census Bureau in Suitland, Maryland, in 1982, he never could have imagined that it would lead to a landmark victory for federal employees in the U.S. Supreme Court.

After thirty years of faithful service to the Bureau, Perry developed osteoarthritis. While his supervisor allowed him to take breaks during the day and make up the missed time after hours, Perry filed a series of Equal Employment Opportunity (EEO) complaints alleging discrimination based on race and age.

On June 7, 2011, Bureau managers gave Perry a Notice of Proposed Removal. The Notice alleged that Perry had been absent during regular working hours and paid for hours he had not worked. Perry contested the charges and pointed to the informal accommodation that his supervisor had provided and to his unblemished disciplinary record.

In August 2011, Perry and the Bureau entered into a settlement agreement that required him to serve a 30-day suspension, retire no later than September 4, 2012, and forfeit his discrimination claims against the agency.

After Perry served his 30-day suspension and his retirement took effect, he filed a pro se appeal with the Merit Systems Protection Board (MSPB). An administrative judge (AJ) ordered him to show cause why the challenge should not be dismissed for “lack of jurisdiction.” “Specifically, resignations and retirements are presumed to be voluntary, and voluntary actions are not appealable to the Board,” and “the Board cannot review the same claims over which you entered into a settlement agreement with the agency[.]” Perry responded that the settlement agreement had been coerced; therefore, the subsequent major adverse employment actions were involuntary and he could appeal them under the Civil Service Reform Act (CSRA).

Without holding a hearing, the AJ dismissed Perry’s appeal for “lack of jurisdiction.” In particular, the AJ decided that both the 30-day suspension and retirement were voluntary because they resulted from a voluntary settlement agreement. Perry petitioned the full MSPB for review.

The Board granted Perry’s petition and remanded the case back to the AJ. The Board concluded that Perry had “made a nonfrivolous allegation of involuntariness sufficient to warrant a jurisdictional hearing.”

On remand, the AJ held the required hearing and concluded that Perry “failed to prove that he was coerced or detrimentally relied on misinformation when he agreed to settle his appeals.” Accordingly, the AJ once again dismissed the appeal for “lack of jurisdiction.” This time the Board affirmed the dismissal.

After receiving briefs, the D.C. Circuit decided in 2015 that since the MSPB found it lacked jurisdiction, and it never reached the merits of the discrimination claims, it would transfer the case to the Federal Circuit. Perry, now represented by an attorney, appealed to the Supreme Court.

In 2012, the Supreme Court held in Kloeckner v. Solis that when the MSPB dismissed a mixed case on procedural grounds, the employee could bring her case to the federal district court for both the discrimination and the civil service issues. In 2016, the Supreme Court agreed to hear Perry’s case to decide if the same rule should apply to “jurisdictional” dismissals by the MSPB.

The oral argument at the Supreme Court was notable in part because it was the first case heard by Justice Neil Gorsuch. He questioned Perry’s attorney about how unfair it was that employees could get “de novo” review of the civil service claims in district court, but not in the Federal Circuit. He asked Perry’s attorney to put “aside Kloeckner” suggesting that, following precedent would “just … continue to make it up.” He asked if Perry’s claims could be bifurcated so that the Federal Circuit could hear at least the civil service claim. Even the government’s attorney had to agree that the mixed case statute is “not elegantly drafted.”

Justice Alito provoked laughter by asking, “who wrote this statute? Somebody who … takes pleasure out of pulling the wings off flies?”

In June 2017, the Supreme Court issued its decision. Writing for the majority of seven justices, Justice Ginsberg explained that, “we are mindful that review rights should be read not to protract proceedings, increase costs, and stymie employees, but to secure expeditious resolution of the claims employees present.” She noted how most federal employees make their appeals to the MSPB without representation by a lawyer.

“An appeal to the MSPB, however, may also complain of adverse action taken, in whole or in part, because of discrimination prohibited by another federal statute[.]” The Court cited the mixed case statute, but missed citing 5 USC § 7701(c)(2)(C) which says, “the agency’s decision may not be sustained … if the employee … — (C) shows that the decision was not in accordance with law.” If an employee is fired (or suffers another adverse action directly appealable to the MSPB), that employee can prevail by showing that the action violates any law at all.

The Court recalled, as it did in the Kloeckner case, that, “the CSRA provides diverse procedural routes for an employee’s pursuit of a mixed case.” The employee “may first file a discrimination complaint with the agency itself,” in the agency’s equal employment opportunity (EEO) office. Indeed, this is one of the oft misunderstood aspects of the mixed case. If an employee chooses to raise a discrimination claim in a mixed case using any administrative route, that employee preserves all the available civil service and discrimination claims for de novo consideration by a district court.

In the end, the majority held that Congress made no distinction between MSPB dismissals on procedural grounds and those on the merits. The actual legal authorization to decide a case arises from the employee’s allegations, not from the MSPB’s finding of “jurisdiction.” Thus, the Supreme Court directed the D.C. Circuit to transfer Perry’s case to district court so that all of his claims could be considered together.

Justices Gorsuch and Thomas dissented. Writing his first Supreme Court dissent, Justice Gorsuch said that Perry must appeal his civil service claims to the Federal Circuit, and pursue his discrimination claims through the normal agency process and to district court if Perry so chooses. In essence, Perry’s claims would no longer be “mixed.” If the statute needs fixing, Justice Gorsuch says, only Congress can do that.

The majority opinion correctly responded that the statute does not provide for such claim splitting. To the contrary, Congress specifically directed that mixed cases can go to the district court. The district court’s jurisdiction arises from the allegations made to the MSPB, and the statute places no conditions on the employee’s ability to bring discrimination claims to district court.

The Supreme Court’s decision in Perry helpfully clarifies the law and simplifies the procedure for federal employees. It makes clear that the MSPB’s jurisdiction arises from the employee’s allegations and not from any findings by the AJ. The MSPB will need to re-write its boilerplate language for jurisdictional orders to reflect this law of the land.

However, the Perry decision does not resolve all the outstanding issues about mixed cases. Does a discrimination claim create a “mixed case” – appealable directly to district court – when the Civil Service Reform Act claim arises under the Whistleblower Protection Act (which is part of the CSRA)? The Tenth Circuit said yes in Wells v. Shalala. The Ninth Circuit thereafter said no in Kerr v. Jewell. Kerr appealed to the Supreme Court which earlier this year declined to hear her appeal.