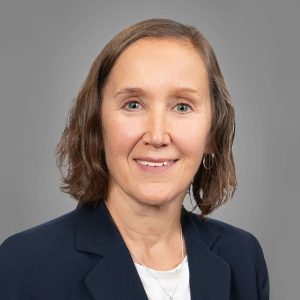 In 2017, Congress enacted the VA Accountability Act (VAAA), which 1) limited the time in which VA employees could appeal disciplinary actions to the MSPB to 10 business days (instead of 30 calendar days, as with most civil service employees); and 2) eliminated entirely the ability of VA employees to appeal discipline based on performance under Chapter 43. In our earlier KCNF blog, we noted two decisions in which the MSPB held that those limitations did not apply to VA employees who were removed or suspended for more than 14 days and claimed their discipline was discriminatory. Those VA employees claiming discipline resulting from discrimination, even in performance cases, retained the ability to appeal to the Board within the 30-day deadline.

On Jan 4, 2023, the Merit Systems Protection Board (MSPB) further limited the reach of the VAAA by holding that it did not apply to so-called “hybrid employees,” who are certain health care professionals appointed under 5 U.S.C. § 38 U.S.C. § 7401(3), which allows the VA to hire professionals to provide “direct patient care services or services incident to direct patient services; and [who] would not otherwise be available to provide medical care or treatment for veterans.”

The MSPB’s precedential decision, Richardson v. Dep’t of Veterans Affairs, preserves the ability of VA hybrid employees to appeal their removal or suspension to the MSPB.  Ms. Richardson was hired as a GS-5 Nursing Assistant “hybrid employee.” Richardson was removed without being provided with 30-days advance written notice or a written decision with the specific reasons for her removal.  Rather, the VA treated her as a VA employee and removed her under the expedited process allowed under the VAAA, 38 U.S.C. Section 714, which (as noted above) shortens the notice period, fails to require written notice, and limits mitigation of removal as a penalty for employees accused of poor performance or misconduct.  The VAAA was adopted in 2017 in response to criticism about the VA’s delivery of services.

In the Richardson decision, the MSPB determined that the agency could not use the expedited processes of Section 714 to remove hybrid employees, based in large part on the language of an earlier statute, 38 U.S.C. § 7403(f)(3), which specifically applies Title 5’s broader protections apply to adverse actions against hybrid employees. In reaching this decision, the MSPB rejected the VA’s fundamental argument. The VA argued that hybrid employees could be disciplined using the new Section 714 procedures because Congress did not specifically exclude hybrid employees from Section 714, as it did other categories of employees. The Board found that Section 7403(f)(3) had been in effect since 2003, which Congress is presumed to have known. Thus, Congress could have – but did not – reference that statute when it adopted Section 714, which the Board found significant. Moreover, the MSPB noted a lack of legislative history supporting the agency’s argument that the VAAA intended to allow removal of hybrid employees under Section 714.

In preserving the appeal rights of hybrid employees, the MSPB analogized to its earlier decision in Wilson v. Department of Veterans Affairs, 2022 MSPB 7, discussed in an earlier KCNF blog, which allowed for a longer time limit to file mixed case complaints under Title 5. The MSPB concluded that Section 7403(f)(3) was not repealed by implication, where it could be read in “co-existence” with Section 714.

Stacy Hickox is an attorney at Kalijarvi, Chuzi, Newman & Fitch.

This article also appeared in Westlaw Today on January 11, 2023. Click here for a PDF version of this article.