Shut Down Q&A: I’m a Federal Government Employee. What Happens to my Health Insurance and to my Leave? 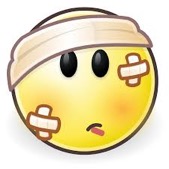 This week we address two frequently asked questions from federal government employees affected by the shut down:

1) What happens to my health insurance if the shutdown doesn’t end by February 1st, and

2) Will excepted (also called “essential”) employees be charged for taking leave during the shutdown?

Health Insurance Benefits Will Continue but Employees May be Required to Pay their Own Vision and Dental Premiums.

According to the Office of Personnel Management (OPM’s) Guidance for Shutdown Furloughs (Sept. 2015), employees covered under the Federal Employees Health Benefits (FEHB) program will continue to be covered, “even if an agency does not make the premium payments on time.” Therefore, even if the shutdown does not end by February 1 (when many premiums are due), under agreements between OPM and the insurance companies, for employees in a non-pay status, the enrollee’s share of the FEHB premium will accumulate and be withheld from pay upon their return to pay status.  (Note, however, that furloughed employees seeking health care will still be responsible for co-pays, which they may not be able to afford.)

However, enrollees in the Federal Employees Dental/Vision Program (FEDVIP) may be required to take action—including paying their own share of premiums for dental and vision benefits—if they want to maintain them during the shutdown. According to updated OPM guidance, payroll deductions for FEDVIP benefits will cease for any employee who does not receive pay during the shut down. BENEFEDS will generate a bill to enrollees for premiums when no payment is received for three consecutive pay periods. Therefore, according to OPM, if government employees go without pay for a third pay period, then any FEDVIP enrollee should pay premiums billed directly to him or her on a timely basis to ensure continuation of coverage. Given the loss of salary, or course, this payment will be out of reach for many furloughed employees.

OPM has interpreted the 2019 Government Employee Fair Treatment Act as allowing excepted/essential employees to choose between taking leave or going into furlough status for approved absences.

The 2019 Government Employee Fair Treatment Act, which became law on January 16, 2019, authorized excepted/essential federal employees to take leave – which will be charged against their leave balances – during the shutdown.  We received numerous inquiries from federal employees and federal employee unions expressing concern that, depending on how agencies apply the law, employees could be subjected to unfair leave practices during an already difficult time while they are working without pay.

Fortunately, on January 23, 2019, OPM issued guidance clarifying that excepted/essential employees who are required to work during the shutdown have two options for labeling their time away from work due to approved absences.  These employees can (1) charge that time to their available paid leave balance; or (2) choose to be carried in a “furlough” status, for which they will be retroactively paid after the shutdown is over.

Under the first option, the employee should use the same procedures to request time off from their supervisor as before the shutdown. Under this option, the agency will charge the employee’s leave balance.

Under the second, and clearly more favorable option, an excepted employee can, with a supervisor’s approval, be placed in “default furlough status” for an approved absence during the shutdown. If excepted employees choose this option, the agency will not charge their leave balance, and the excepted employee will be paid for the entire furlough, including the approved time off, once the shutdown ends.

Still, employees need to be careful about missing work.  OPM’s January 18, 2019 memorandum asserts that an excepted employee who fails to appear for work will be considered AWOL for any period of “unauthorized absence” and “should be coded in payroll as AWOL.” This instruction, issued just two days after the Act was signed into law, coupled with the January 23, 2019 guidance, clearly cautions excepted/essential employees that they can take time off as long as their supervisors approve it.  In order to avoid a charge of AWOL, excepted employees should continue to follow agency procedures for requesting leave and obtain their supervisor’s approval before missing work.

* This article has been updated to reflect OPM’s announcement late Thursday, January 24, 2019, which provides that FEDVIP enrollees will receive an additional two weeks before they are billed for vision and dental premiums. A previous version of this article stated FEDVIP enrollees would be billed after two missed pay periods.