Shutdown Consequences: It Could Affect Your Security ClearancePosted by Aaron Herreras Szoton January 24, 2019 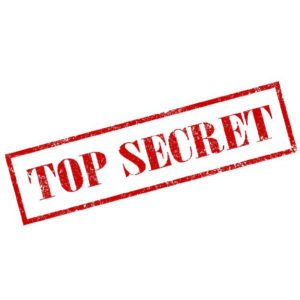 In addition to the employees who received a partial paycheck and were not paid for work on Saturday, December 22nd, the government failed to pay 800,000 federal employees for a full two-week pay period beginning Friday, January 11, 2019, due to the partial government shutdown.  As a result, many federal employees may be unable to make payments on rent, mortgage, credit cards, or other debts.  Given the uncertainty of when the shutdown will end, the question many people are asking is whether these missed payments could put employees’ security clearances at risk.

In 2017 and 2018, “financial considerations” were the top reason for security clearance denials or revocations, surpassing all other issues combined, including personal conduct, drug involvement, alcohol consumption, and criminal conduct.  The reasoning behind this disqualification is that intense debt may be evidence of poor judgment or grounds for blackmail by a foreign power.

Financial difficulties (e.g., accounts in collection, foreclosure, and similar issues) are viewed by the government as evidence that the clearance holder is living outside his/her means or lacks the requisite level of personal responsibility.  According to Adjudicative Guideline F, Financial Considerations:

Failure or inability to live within one’s means, satisfy debts, and meet financial obligations may indicate poor self-control, lack of judgment, or unwillingness to abide by rules and regulations, all of which can raise questions about an individual’s reliability, trustworthiness, and ability to protect classified or sensitive information.

Going into Day 34 of the government shutdown, “financial considerations” are likely to be on most security clearance holders’ minds.  To address employees’ difficulty paying their bills without a paycheck, the Office of Personnel Management (“OPM”) provided employees with a sample letter to send to their creditors, to inform them of the government shutdown and what they will be able to pay in lieu of full monthly payments.  OPM also advised employees to contact their creditors before sending the letter to get direct advice on how to address their payment plans during the shutdown.

In a Guideline F case, a Judge must evaluate an applicant’s financial condition for what it may reveal about the applicant’s self-control, judgment, and other pertinent qualities.  . . . [T]he issue is not the debt itself, although an applicant must show that he has addressed his debts, paying them off or arranging for payments; the issue is the reason for the indebtedness, the responsible handling of the debt, and the likelihood of its recurrence.

Thus, in the face of the financial uncertainty arising from the government shutdown, it is important that security clearance holders act reasonably in all things financial.