Shutdown Repercussions: What To Do If You Are Disciplined For Being Absent Without Leave 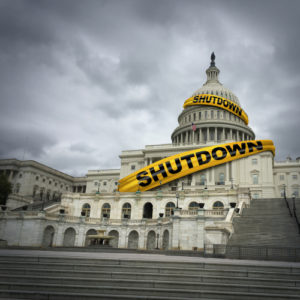 After 35 days, the longest federal government shutdown in history has ended.  While about 380,000 federal employees were furloughed, approximately 420,000 were required to report to work, often in dangerous jobs, even though they too were not receiving paychecks.

The financial strain of not being paid, plus all the expenses incurred in just getting to work, put many employees, in a bind: without a paycheck, they could not afford to commute to their duty stations.  Others, like correctional officers and air traffic controllers, grew exhausted from working extra-long shifts under stressful conditions multiple days in a row during the shutdown.  Others had medical conditions, ill family members, or other situations for which they would have been allowed to take leave had the government not been shut down. For some, as reported in the Washington Post, the uncertainty exacerbated pre-existing physical and mental health issues, such as combat-related PTSD, and left those employees ill and traumatized. As a result, some employees called out sick, requested to use some other form of leave, or just did not show up for work.

Now that funding has been restored, and the business of the government is getting back on track, the government is charging some of these “essential” or “excepted” employees Absent With Out Leave (“AWOL”) or a related charge as a result of their absence from work.  The discipline for this type of misconduct can range from a one-day suspension, to demotion, or removal from federal service, depending on the severity of the misconduct and the employee’s history of misconduct, if any.

Over the 35-day shutdown, employees were given changing and conflicting instructions about taking leave. In December, the White House and the Office of Personnel Management(“OPM”) issued guidance on the use of leave during a shutdown. Excepted employees were told – right before the Christmas holiday and at the end of use-it-or-lose-it season – that all previously approved time off was canceled.  Agencies were instructed to evaluate “on a case-by-case basis whether it is necessary to require employees who had been scheduled to take paid time off to report to duty.”

This created a logistical nightmare because agencies had to classify excepted employees who needed to be absent from work as furloughed for at least that shift.  To make matters worse, some supervisors gave different instructions to employees including that they could take leave or that if they were absent from duty – even just for one medical appointment – that they would be put on furlough and could not return to work until shutdown was over.

On January 19, the 2019 Government Employee Fair Treatment Act became law and, two days later OPM, revised its guidance to clarify that excepted employees could choose between taking leave or going into furlough status for approved absences. (You can read more about the Act and OPM’s guidance here.)

What Notice Must the Agency Provide an Employee of Proposed Discipline

Before a federal employee can be disciplined for any misconduct, the agency must provide advance written notice of the proposal to discipline, stating the specific reasons for the proposed discipline.  Any documents on which the proposal was based must be provided to the employee.  The employee will have the opportunity to respond in writing and/or in person and present any arguments why he or she should not be disciplined.

When considering whether to impose discipline, the deciding official is mandated to take a holistic view of the situation that led to the misconduct.

In short, the deciding official must ask, “Will this discipline promote the efficiency of the federal civil service?” The employee’s reply, whether in writing or verbal, should address these factors specifically. The employee should explain any issues exacerbated by the shutdown that kept him or her from duty – whether it be illness, financial hardship, child care issues, etc. – and all the ways he or she attempted to get authorization for the absence in advance of missing work.

What Are Your Options for an Appeal

Employees have several options for appeals depending on their employment status and the length of the discipline imposed.

An employee has the right to be represented during this process. We suggest reaching out to an experienced federal-sector employment lawyer for advice as soon as the employee receives a notice of proposed discipline, no matter the severity. The attorneys at Kalijarvi, Chuzi, Newman, and Fitch, P.C., have experience with federal-sector discipline matters and can counsel, advise, and represent employees through the process.