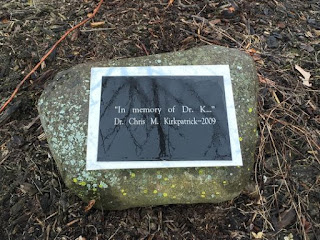 On October 26, 2017, the Dr. Chris Kirkpatrick Whistleblower Protection Act of 2017 became law. Officially referenced as Pub. L. 115-73, this statute had tragic origins: Dr. Kirkpatrick was fired from the Tomah Veterans Affairs Medical Center after he blew the whistle on how his patients were receiving disturbingly high doses of drugs that prevented him from providing them with proper psychiatric treatment. After Dr. Kirkpatrick gathered his personal belongings, he secured care for his dog, wrote to tell his girlfriend he loved her, and committed suicide. The Veterans Administration never investigated Dr. Kirkpatrick’s death.

The Dr. Chris Kirkpatrick Whistleblower Protection Act of 2017 became law after passing unanimously in both houses of Congress. The Senate Report notes that Special Counsel Lerner cited numerous examples of the VA failing to discipline officials found responsible for posing significant risks to public health and safety or engaging in other misconduct. Special Counsel Lerner added that this lack of discipline “stand[s] in stark contrast to disciplinary actions taken against VA whistleblowers . . . for minor indiscretions or for activity directly related to the employee’s whistleblowing.”

Astoundingly, this is not the first time that it took the death of a whistleblower to instigate much needed change: we have previously written about the Kate Puzey Peace Corps Volunteer Protection Act of 2011, which was enacted after Peace Corps Volunteer Kate Puzey was brutally murdered in retaliation for her whistleblowing about sexual assaults.

Even now, our intelligence community whistleblowers are exempt from many protections that other federal employees enjoy. On the very day that the Dr. Chris Kirkpatrick Whistleblower Protection Act of 2017 became law, the Federal Circuit issued Parkinson v. Department of Justice, which denied preference-eligible (veteran) FBI employees who face retaliation for whistleblowing any recourse to the MSPB. Parkinson is a stark reminder that while Congress has made small steps towards greater protection, more remains to be done. Let it be before any more lives are lost.