The Angst of Disclaimed Workers May Be Lifting 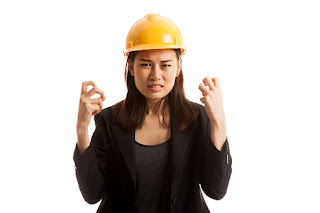 In an earlier blog post So Where Do I Fit In? The Angst of the Worker No One Wants to Claim, we discussed the dilemma that drivers for Uber and Lyft are facing when those companies classify them as independent contractors, rather than employees. This classification results in the drivers not being reimbursed for their business expenses, and not being paid at least minimum wage, overtime, or benefits. In an analogous but legally distinct context, courts grapple with whether workers can be jointly employed by two or more employers for purposes of paying minimum wages and overtime. Increasing numbers of workers are employed by temporary staffing agencies or subcontractors, which then provide these workers to other entities. So what happens when a worker works 32 hours for one entity and 16 for another––is she entitled to overtime? And if so, who is responsible for paying it? Not surprisingly, the lack of traditional identifiers in the employment relationship has led to some workers falling through the cracks of the employment laws. Fortunately, though, the Fourth Circuit has issued some recent rulings which recognize the modern-day realities of these workers, and which provide the legal protections they deserve.

On January 25, 2017, the Fourth Circuit issued two rulings in cases involving issues of unpaid overtime under the Fair Labor Standards Act (“FSLA”): Salinas. v. Commercial Interiors, Inc., and Hall v. DirectTV, LLC. In Salinas, the plaintiff workers were directly employed by J.I. General Contractors (“J.I.”), a framing and drywall installation subcontractor. J.I. worked nearly exclusively for Commercial Interiors, Inc. (“Commercial”). The plaintiffs sued both J.I. and Commercial under the FLSA and other state wage laws, claiming that the hours they worked for both entities should be aggregated to determine their eligibility for overtime under the FLSA.

The Fourth Circuit began its analysis with a look at the broad and remedial purposes of the FLSA, which is “to combat the pervasive ‘evils and dangers resulting from wages too low to buy the bare necessities of life and from long hours of work injurious to health.’” Further, “Congress intended the FLSA…‘to protect the rights of those who toil, of those who sacrifice a full measure of their freedom and talents to the use and profit of others.’” In order to achieve the FLSA’s “‘remedial and humanitarian purpose,’” Congress very broadly defined “employ” to mean “suffer or permit to work;” “employee” as “any individual employed by an employer;” and “employer” as “any person acting directly or indirectly in the interest of an employer in relation to an employee.”

While the FLSA does not specifically reference “joint employment,” the Department of Labor’s regulations implementing the FLSA recognize that “‘[a] single individual may stand in the relation of an employee to two or more employers at the same time under the [FLSA].” The regulations distinguish between “separate and distinct employment” and “joint employment.” “Separate employment exists when ‘all the relevant facts establish that two or more employers are acting entirely independently of each other and are completely dissociated with respect to the’ individual’s employment.” “[J]oint employment exists when ‘the facts establish…that employment by one employer is not completely dissociated from employment by the other employer[].’” The regulations state that, “‘joint employers are responsible, both individually and jointly, for compliance with all applicable provisions of the [FLSA], including the overtime provisions…’ Accordingly, the hours an individual works for each joint employer in a single workweek must be aggregated to determine whether and to what extent the individual must be paid overtime to comply with the FLSA.”

Explaining that courts across the country have had difficulty developing coherent and consistently-applied tests for distinguishing between separate and joint employment, and recognizing that the Fourth Circuit itself had not identified specific factors courts should consider in determining whether a joint employment relationship exists, the Fourth Circuit set out to do so. The court articulated a two-step inquiry, the first of which involves an analysis of the relationship between the putative joint employers. The basic question to be resolved at the first step of the inquiry is whether “the persons or entities share, agree to allocate responsibility for, or otherwise codetermine-formally or informally, directly or indirectly-the essential terms and conditions of the worker’s employment.” The Fourth Circuit identified six non-exhaustive factors that courts should consider in this first step:

(1) Whether, formally or as a matter of practice, the putative joint employers jointly determine, share, or allocate the power to direct, control, or supervise the worker, whether by direct or indirect means;

(2) Whether, formally or as a matter of practice, the putative joint employers jointly determine, share, or allocate the power to—directly or indirectly—hire or fire the worker or modify the terms or conditions of the worker’s employment;

(3) The degree of permanency and duration of the relationship between the putative joint employers;

(5) Whether the work is performed on a premises owned or controlled by one or more of the putative joint employers, independently, or in connection with one another; and

(6) Whether, formally or a matter of practice, the putative joint employers jointly determine, share, or allocate responsibility over functions ordinarily carried out by an employer, such as handling payroll; providing workers’ compensation insurance; paying payroll taxes; or providing the facilities, equipment, tools, or materials necessary to complete the work.

Applying these factors, the Fourth Circuit concluded that the plaintiffs were jointly employed by J.I. and Commercial:

(1) Commercial not only supervised the plaintiffs’ work, but it also required the plaintiffs to hold themselves out as Commercial employees by wearing Commercial-branded clothing. The Fourth Circuit rejected Commercial’s argument that its supervision of the plaintiffs amounted only to “quality control,” but acknowledged “that an entity does not become a joint employer by engaging in the oversight necessary to ensure that a contractor’s services meet standards of quality and timeliness.” “But in this case, Commercial’s supervision of Plaintiffs went beyond ‘double-check[ing] to verify that the task was done properly.’” Similarly, the Fourth Circuit rejected Commercial’s contention that its foreman did not supervise the plaintiffs because the foreman “generally spoke only to J.I.’s supervisors and did not speak to Plaintiffs directly. The FLSA provides that indirect control is sufficient to render an entity an ‘employer’ under the statute.” “[S]upervision is present whether orders are communicated directly to the laborer or indirectly through the contractor.”

(2) While J.I was generally responsible for hiring and firing its employees, Commercial dictated the plaintiffs’ hours and occasionally required them to work additional hours or on additional days.

(3) and (4) The overwhelming majority of J.I.’s contracts were with Commercial, and the plaintiffs worked almost exclusively on Commercial jobsites.

(5) The plaintiffs worked on premises controlled by Commercial, and Commercial required them to sign in an out of the jobsite with Commercial foreman and supervised their actions while on the jobsite.

(6) Commercial supplied plaintiffs with all the tools, materials, and equipment necessary to perform their work.

In Hall, the Fourth Circuit similarly held that the plaintiffs, who installed and repaired DIRECTV equipment, were jointly employed by DIRECTV and DirectSat (an intermediary provider). “DIRECTV compelled Plaintiffs to obtain their work schedules and job assignments through DIRECTV’s centralized system and to follow ‘particularized methods and standards of installation to assure DIRECTV’s equipment is installed according to the dictates of DIRECTV’s policies and procedures.’” Additionally, “although Plaintiffs’ direct employers had formal firing authority, DIRECTV used its centralized work-assignment system to effectively terminate technicians by ceasing to assign them work.”

The second step of the analysis involves determining whether “the two entities’ combined influence over the terms and conditions of the worker’s employment render the worker an employee as opposed to an independent contractor.” At this stage of the analysis, a court considers “the ‘economic realities’ of the relationship between the worker and the putative employer’ or employers, in the event the worker is jointly employed. If a worker is not economically dependent on a putative employer, in other words, if a “worker[‘s] profit or loss depends upon his own creativity, ingenuity, and skill,” the worker “is an independent contractor outside of the FLSA’s scope.”

In United States v. Silk, the Supreme Court articulated six factors for determining whether a worker constitutes an employee or independent contractor: “‘(1) the degree of control that the putative employer has over the manner in which the work is performed; (2) the worker’s opportunities for profit or loss dependent on his managerial skill; (3) the worker’s investment in equipment or materials, or his employment of other workers; (4) the degree of skill required for the work; (5) the permanence of the working relationship; and (6) the degree to which the services rendered are an integral part of the putative employer’s business.’” When workers are deemed to have “one employment” with two or more entities under the first step of the analysis, these factors must be analyzed from the perspective of employment in the aggregate. For example, in Salinas, the court stated that, “with regard to the first factor, due to Commercial’s daily supervision of Plaintiffs, Commercial and J.I.–as Plaintiffs’ ‘one employer’–exercised greater control over Plaintiffs’ work than J.I. exercised alone.” The court concluded that the plaintiffs were employees (as opposed to independent contractors), based on their entire employment for both J.I. and Commercial.

The Fourth Circuit appears to have become a benevolent watchdog in FLSA claims in the joint employment context, making sure that employers do not escape liability for such claims by disclaiming those persons who toil for their benefit.