The Deference Owed to an MSPB Administrative Judge’s Credibility Determinations 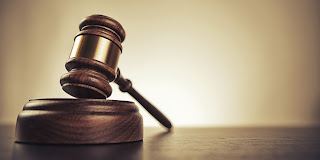 Agencies taking an adverse action against an employee must prove that the charged conduct actually occurred, that it affected the efficiency of the service, and that the penalty imposed was reasonable in light of the relevant factors set forth in Douglas v. Department of the Navy. The Douglas factors are a non-exhaustive set of considerations that the Merit Systems Protection Board (“MSPB”) (first the AJ and the MSPB on review) must independently assess to determine whether the imposed penalty is reasonable.

In Purifoy, the employee (Mr. Purifoy) missed two days of work as a housekeeping aid in a VA medical center without authorization. Later the same week, he sought treatment for substance abuse from the VA facility where he worked. Although Mr. Purifoy informed his VA supervisor that he would miss work, he did not fill out leave paperwork. Moreover, he did not inform his parole officer that he would miss upcoming supervision visits. Thus, after Mr. Purifoy missed these visits, his parole officer issued a warrant for his arrest. As an alternative to revocation of his parole, Mr. Purifoy agreed to enter substance abuse treatment at the Milwaukee Secure Detention Facility (MSDF). Although he entered the program, Mr. Purifoy was terminated after an altercation with another inmate. Mr. Purifoy remained an inmate at MSDF for 38 more days. Following his release, Mr. Purifoy returned to work, but was removed shortly thereafter as a result of his unauthorized absences (two-day absence and six-month absence due to his incarceration at MSDF).

After a one-day hearing, at which Mr. Purifoy testified and, litigating the case pro-se, cross-examined the government’s four witnesses, the AJ sustained the agency’s first charge against Mr. Purifoy—the two-day absence—but only sustained in part the second charge—his absence while at MSDF. Specifically, with regard to the second charge, the AJ found that Mr. Purifoy’s absence was only unexcused for the 38 days following termination of his treatment program. In light of the mitigating factors set out in Douglas, the AJ determined removal to be an unreasonable penalty and reduced it to a 40-day suspension. In examining the Douglas factors, the AJ made the following assessments:

1. Mr. Purifoy’s duties “did not involve supervision or fiduciary duties, or place him in a prominent public role”;
2. His “work performance was rated as excellent and worthy of a performance award”;
3. He “was not on clear notice that his absence would result in severe discipline”;
4. His “potential for rehabilitation was high.”

The Agency appealed the AJ’s decision to the MSPB. On review, the Board reversed the AJ’s reinstatement of the employee with a 40-day suspension, finding that “the penalty of removal was appropriate even if the second charge was proven only in part.” In analyzing the proper penalty, however, the Board analyzed some, but not all, of the Douglas factors. Specifically, the Board made the following assessments:

1. The Board disagreed with the AJ about the seriousness of the charge;
2. Mr. Purifoy’s absence weighed against mitigation despite his lack of prior discipline;
3. His “third-level supervisor sufficiently notified him that his absence would result in severe discipline”;
4. The agency’s “chosen penalty, which is entitled to deference, is also consistent with the table of penalties;”
5. Seeking treatment for a disabling condition “was not sufficiently mitigating as [Mr. Purifoy] was not fully pursuing rehabilitation for his problem.”

The Board, however, found no reason to disturb the AJ’s findings “concerning [Mr. Purifoy’s] brief, but good work history.”

On appeal, the Federal Circuit vacated the Board’s decision because it failed to consider two relevant Douglas factors. Specifically, the Board (1) did not consider the adequacy and effectiveness of alternative sanctions to deter similar misconduct in the future and (2) erred in its analysis of the potential for the employee’s rehabilitation.

Although the Board need not consider all the Douglas factors, it must consider the relevant ones. Here, the Board was obligated to consider whether the AJ’s mitigated 40-day suspension would adequately punish Mr. Purifoy’s unexcused absences and deter similar conduct in the future. Regarding Mr. Purifoy’s potential for rehabilitation, the court held that the Board “erred by substituting its own finding for the AJ’s opposite one without adequate rationale.”

Applied in this case, the Board held that the “AJ’s findings about Mr. Purifoy’s propensity for rehabilitation are necessarily intertwined with issues of credibility and an analysis of his demeanor at trial, and they deserved deference from the Board.” The AJ made this determination after hearing Mr. Purifoy testify under oath that he attends Alcoholics Anonymous meetings three days a week and has not suffered a relapse since his removal. The AJ also observed Mr. Purifoy and his condition when he cross-examined witnesses, including his parole officer, his supervisor, and the VA Medical Center Director. Thus, the AJ concluded that Mr. Purifoy “cares about his job and had a good potential for rehabilitation.”

As recognized by the U.S. Supreme Court in Universal Camera v. National Labor Relations Board, “evidence supporting a conclusion may be less substantial when an impartial, experienced [administrative judge] who has observed the witnesses and lived with the case has drawn conclusions different from the Board’s . . .” Thus, the Board may not substitute its judgment for that of the AJ, where the AJ adjudicated the case and weighed all factors within their proper context.

This blog is provided to our readers for informational purposes only.  It is not offered as legal advice. Communication of information through this blog does not create an attorney-client relationship. You should not rely upon information contained in this blog without first seeking professional legal advice. If you would like a telephone screening or consultation with a KCNF attorney, you are welcome to call 202-331-9260 to begin our intake process, or submit your legal issue at kcnfdc.com/Contact.