The Executive Order Concerning Expungement Should be Expunged 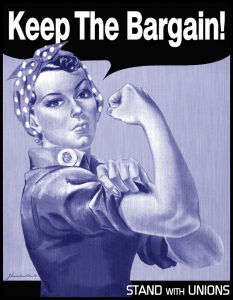 On May 25, 2018, the President signed Executive Order 13839, purportedly to “ensure the effective functioning of the Executive Branch.” Specifically, under Section 5, titled “Ensuring Integrity of Personnel Files,” federal agencies are now limited in how they are allowed to settle workplace disputes:

Agencies shall not agree to erase, remove, alter, or withhold from another agency any information about a civilian employee’s performance or conduct in that employee’s official personnel records, including an employee’s Official Personnel Folder and Employee Performance File, as part of, or as a condition to, resolving a formal or informal complaint by the employee or settling an administrative challenge to an adverse personnel action.

The President’s new order, however, runs contrary to explicit federal regulations governing remedies and relief for federal employees in federal-sector Equal Employment Opportunity complaints. These expressly list recommended remedies and relief for discrimination, including, “Expunction from the agency’s records of any adverse materials relating to the discriminatory employment practice.” 29 C.F.R. § 1614.501(c)(4).

Can the President by Executive Order exclude from settlement a remedy specifically identified by a duly adopted federal regulation as appropriate for resolving EEO complaints? In general, Executive Orders (EO) arise from a President’s power to clarify or fill in gaps in federal law or regulation; that power, however, does not extend to revoking or changing any portion of those regulations or laws. It is true that the EO addresses settlement specifically and not remedies awarded after a finding of discrimination at an administrative hearing, but both the EEOC’s regulations and the history of EEOC settlements makes clear that remedies under 29 C.F.R. § 1614.501 extend to settlements as well.

Moreover, well-established authority, from numerous sources, demonstrates that settlement is strongly encouraged as a preferred outcome in resolving workplace problems. For instance, federal regulations require agencies to make reasonable efforts to settle complaints as early as possible in the administrative process:

Each agency shall make reasonable efforts to voluntarily settle complaints of discrimination as early as possible in, and throughout, the administrative processing of complaints, including the pre-complaint counseling stage. Any settlement reached shall be in writing and signed by both parties and shall identify the claims resolved.

29 C.F.R. § 1614.603. And no finding of discrimination is required for a settlement to be valid. Further, it is well established that agencies may agree in settlement to anything that might have been awarded after a finding of discrimination, as the U.S. Government Accountability Office has found. Additionally, the Equal Employment Opportunity Commission, in its guidance for agency attorneys on Settlement Standards, urges that individual affirmative relief “should not be waived without strong reasons, as it is important to effective enforcement of discrimination laws that victims attain their rightful place in the workforce.” The EEOC balances any competing interests by stating that, “[t]he settlement should fully address the discriminatory practices alleged in the complaint.”  The settlement must also address the effects of discriminatory practices.

Where an employee’s record has been harmed by employer discrimination, the employee is entitled to expungement of the harmful, discriminatory material from his or her record. The President’s EO goes too far by revoking what the law and regulation explicitly grant and, accordingly, is unenforceable and should be expunged.