The FLSA Has Meaningful Teeth to Prevent Retaliation 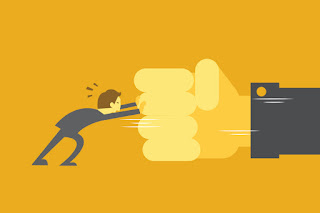 The Fair Labor Standards Act (“FLSA”) establishes minimum wage and overtime protections for many workers in the U.S., including many federal employees. While the FLSA prohibits retaliation against any person who has filed a complaint or cooperated in an FLSA investigation, workers are often deterred or prevented from asserting workplace rights for fear of retaliation. Fortunately for employees, courts are sending an increasingly clear message: employees must be free to bring FLSA claims; and anybody who retaliates against them does so at their own peril.

It shall be unlawful for any person – (3) to discharge or in any other manner discriminate against any employee because such employee has filed any complaint or instituted or caused to be instituted any proceeding under or related to this chapter, or has testified or is about to testify in any such proceeding, or has served or is about to serve on an industry committee.

29 U.S.C. § 215(a) (emphasis added). This is broad language, which courts have interpreted as meaning that individual employees, managers, and even non-employees acting in the interest of the employer can be held individually liable for FLSA retaliation.

In a recent Ninth Circuit case, the Court held that an employee who was retaliated against for complaining of illegal pay practices could even sue the employer’s outside attorney responsible for the retaliation. Arias v. Raimondo, 860 F.3d 1185 (9th Cir. 2017). There, the employer’s attorney attempted to derail the employee’s case shortly before trial by notifying Immigration and Customs Enforcement (ICE) of the employee’s immigration status. In particular, the attorney scheduled the employee’s deposition and then told ICE where it could find the employee that day.

In Arias, the Court found that even though the attorney was not the employer, the attorney’s conduct was an attempt to penalize the employee for complaining about his pay and, therefore, “manifestly falls within the purview, the purpose, and the plain language” of the FLSA. Arias at 1192. The Ninth Circuit distinguished between FLSA liability based on its wage and hour economic provisions and its anti-retaliation provisions, explaining:

The wage and hours provisions focus on de facto employers, but the anti-retaliation provision refers to “any person” who retaliates. See 29 U.S.C. § 215(a)(3). In turn, section 203(d) extends this concept to “any person acting directly or indirectly in the interest of an employer in relation to an employee.” See Id. § 203(d). Thus, Congress clearly means to extend section 215(a)(3)’s reach beyond actual employers.

In addition to a broader understanding of who can be liable for FLSA retaliation, Congress also expanded the remedies available to employees when it created a private cause of action to enforce the FLSA’s anti-retaliation provision. Fair Labor Standards Amendments of 1977, Pub. L. No. 95-151, 91 Stat. 1252 (Nov. 1, 1977). While employees bringing traditional wage and hour claims are limited in the types of relief they can recover (back pay, liquidated damages, etc.), those who claim FLSA retaliation can seek “such legal or equitable relief as may be appropriate.” 29 U.S.C. 216(b). Circuit Courts of Appeals are increasingly agreeing that these remedies include compensation for emotional injuries suffered by an employee because of employer retaliation. In particular:

On its own, the threat of potential civil liability and the prospect of having to pay damages for pain and suffering ought to cause individuals to tread carefully when taking action against employees who have engaged in FLSA-protected activity. If that isn’t sufficient deterrent, however, it is also feasible that individuals could face criminal charges for FLSA retaliation:

Any person who willfully violates any of the provisions of section 215 of this title shall upon conviction thereof be subject to a fine of not more than $10,000, or to imprisonment for not more than six months, or both. No person shall be imprisoned under this subsection except for an offense committed after the conviction of such person for a prior offense under this section.

29 U.S.C. § 216(a). While criminal prosecution under the FLSA is rare, if courts continue to emphasize the broad reach of the FLSA’s anti-retaliation provisions, it is possible that prosecutors could resurrect this seldom-used provision allowing criminal prosecution for individuals responsible for FLSA retaliation. As one court warned, any retaliatory response to employees participating in an FLSA claim will be treated with the utmost seriousness, “including considering referring the matter to the United States Attorney for criminal prosecution of FLSA violations or even obstruction of justice.” Morangelli v. Chemed Corp., 2011 WL 7475 (E.D.N.Y. Jan. 1, 2011), citing Meek v. U.S., 136 F.2d 679 (6th Cir. 1943) (sustaining conviction for retaliating against employees who filed FLSA claim).

Courts’ increasing willingness to broadly apply the FLSA’s anti-retaliation provisions is good news for FLSA plaintiffs and prospective litigants. With such significant penalties for FLSA retaliation, employees can feel more comfortable exercising their rights, and employers and individuals acting on their behalf should be more mindful of their responsibilities and the consequences of running afoul of the law.