The “President Overstepped His Bounds” on Executive Orders 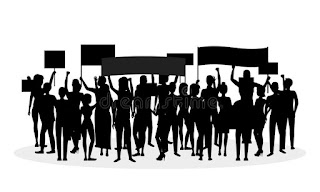 Early in the morning on August 25, 2018, U.S. District Judge Ketanji Brown Jackson struck down some of the more pernicious provisions of President Trump’s three executive orders meant to undermine federal-sector worker rights. Judge Jackson found that, although the President has authority to issue executive orders with respect to federal labor relations, “no such orders can operate to eviscerate the right to bargain collectively as envisioned” in the Federal Service Labor-Management Relations Statute.

The three orders at issue in the case were signed by President Trump three months earlier, on May 25, 2018, and they involved collective bargaining procedures, official time, and procedures for firing federal employees. The purpose of the Orders, as described by Judge Jackson, was to “guide agencies toward particular negotiating positions during the collective bargaining process; place limits on the activities that federal employees may engage in when acting as labor representatives; and address the approaches agencies shall follow when disciplining or evaluating employees working within the civil service.”

Shortly after the Orders were issued, a number of federal-employee unions filed lawsuits to block their implementation. According to the unions, Congress had enacted the Federal Labor Management Relations Act precisely to define the relationship between these unions and the government, and the President lacked the authority to alter the statute by Executive Order. Largely agreeing with the unions, Judge Jackson struck down many of the provisions, citing Congress’s pronouncements that the Statute establishes “the right of employees” to “bargain collectively . . . safeguards the public interest, contributes to the effective conduct of public business, and facilitates and encourages the amicable settlements of disputes in regard to the “conditions of [federal] employment.” As described in the decision, these rights cannot be rendered subordinate to the President’s conflicting policy choices.

Getting into the specifics of each Order, Judge Jackson explained that the collective bargaining order, officially called “Developing Efficient, Effective, and Cost-Reducing Approaches to Federal Sector Collective Bargaining,” was an attempt to expedite bargaining negotiations, remove certain matters from the bargaining table completely, and require agencies to forego meeting for negotiations in certain situations. Looking to established case law, Judge Jackson found that “almost any attempt to shrink the otherwise generally accepted and traditional scope of bargaining rights under the [Statute] can quickly render such an effort suspect from the standpoint of the boundaries that Congress has constructed.” So, for instance, the Order’s effort to remove an agency’s ability to negotiate over permissive subjects of bargaining or placing arbitrary timelines on negotiations impedes the prospect of good faith negotiations. Allowed to stand, the Order would “dramatically decrease the scope of the right to bargain collectively, because, in the [Statute], Congress clearly intended for agencies and unions to engage in a broad and meaningful negotiation over nearly every “condition of employment.”

The official time order, titled “Ensuring Transparency, Accountability, and Efficiency in Taxpayer-Funded Union Time Use,” tried to redefine, and limit, the extent to which federal employees may engage in union business during working hours and prohibit federal employees from using certain federal resources. But the Judge correctly pointed out that the Order ignored Congress’s statutory statement that “labor organizations and collective bargaining in the civil service are in the public interest.” The limit imposed by the Order “exacerbates management’s advantages over labor and hampers unions’ ability to engage effectively in future collective bargaining, contrary to the clearly articulated goals of the [Statute].”

Lastly, the removal procedures order, officially titled “Promoting accountability and Streamlining Removal Procedures Consistent With Merit System Principles,” rejects the principle that supervisors and deciding officials should be “required to use progressive discipline” when dealing with underperforming subordinates, and limits opportunity periods to demonstrate acceptable performance. It forbids agencies to make any agreement that requires procedures for considering “progressive discipline,” and it explicitly prohibited bargaining over matters related to employee evaluations and bonuses. But Judge Jackson found that grievance procedures are instrumental in facilitating the protection of statutory rights, and they exist to safeguard the participation rights of individual employees and unions. Judge Jackson explained that the Order inappropriately eliminates the ability of labor representatives to assist federal employees who claim they were improperly evaluated or undercompensated, and this “deprives unions of an opportunity to utilize the collective bargaining process to influence the mechanisms through which accurate and fair treatment of employees within the federal civil service occurs.”

Summarizing her findings, Judge Jackson explained that many of the matters discussed in the Orders fall within the scope of the right to bargain that Congress sought to protect when it enacted the Federal Service Labor-Management Relations Statute:

In this Court’s considered judgment, the President is without statutory authority to promulgate directives that reduce the scope of the statutory right to bargain collectively that Congress enacted in the [Statute]; and, indeed, there appears to be no dispute that the President does not have the constitutional authority to override Congress’s policy choice. Thus, the only challenged provisions of Executive Orders 13,836, 13,837, or 13,839 that can stand are those that neither contribute to a reduction in the scope of the collective bargaining that Congress has envisioned nor impede the ability of agencies and executive departments to engage in the kind of good-faith bargaining over conditions of federal employment that Congress has required.

Unfortunately, Judge Jackson denied the lawsuit with respect to other matters. Most significantly, the decision did not invalidate the provision prohibiting agencies from entering into any settlement agreement that removes discipline from an employee`s personnel file. This provision has prevented agencies and employees from settlements that involve little or no cost (it is not expensive to change a removal to a voluntary resignation), forcing the parties to litigate before an Administrative Judge or arbitrator, with larger litigation costs and an even larger cost to the government in a loss. The basis for this portion of the Order is nothing short of an open hostility to federal employees.

Nevertheless, though some portions of the Orders were left intact – and it would not be a surprise if President Trump appeals – Judge Jackson’s decision reminds us all about the value of collective bargaining, and it provides a welcome reprieve for federal employees.