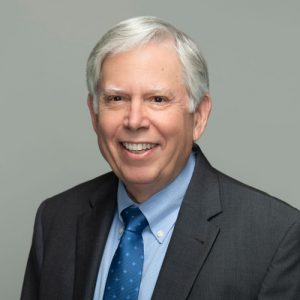 In our ongoing focus on the federal government’s efforts to impose vaccine mandates on its employees during the COVID-19 pandemic, this blog has had occasion to explore the tension between religious freedom and the public’s health and safety. On April 18, 2022, the landscape involving the religious exemption shifted when the Supreme Court refused to act.

Shortly thereafter, another blog discussed the religious exemption, and in particular noted that the EEOC had adopted guidance prohibiting discrimination – i.e. treating employees differently, based on their “sincerely held religious beliefs.” We also pointed out that the White House virus Task Force also had issued guidance concluding that a federal “agency may be required to provide a reasonable accommodation to employees who communicate to the agency that they are not vaccinated against COVID-19 … because of a sincerely held religious belief, practice, or observance.” However, the EEOC also cautions that, when considering a request for a religious exemption to the vaccine, employers are permitted to consider “not only direct monetary costs but also the burden on the conduct of the employer’s business—including, in this instance, the risk of the spread of COVID-19 to other employees or to the public.”

The first significant court discussion of the religious exemption came in January 2022. Thirty-five Navy service personnel – including 26 Navy SEALs – filed suit in Texas claiming that the Navy had denied their claimed religious exemptions. According to the plaintiffs, because the Navy warned that it would not deploy members who were unvaccinated, thereby threatening them with eventual dismissal, their religious freedom had been violated and they asked the Court to prevent the Navy from taking disciplinary action against them. In an extraordinary decision, the district court acknowledged that the power of a court over military actions was severely limited but granted the SEALs’ request. The government immediately asked the Court of Appeals for the Fifth Circuit to prevent that decision from taking effect while it appealed. In another extraordinary decision, however, the Fifth Circuit rejected the government’s request. While agreeing that military decisions were virtually unreviewable by a judge, the court nonetheless found that “a government action or regulation creates a ‘substantial burden’ on a religious exercise if it truly pressures the adherent to significantly modify his religious behavior and significantly violates his religious beliefs.” The Court of Appeals held that the SEALs had shown a substantial likelihood they would prevail in their lawsuit.

The government immediately appealed that decision to the Supreme Court, which in a surprising Order issued on March 25, 2022, overruled the Fifth Circuit and placed the district court decision favoring the SEALs on hold until any appeals were decided. The vote on the Order was 6-3. While there was no opinion explaining the Court’s rationale, Justice Kavanaugh commented on the courts’ reluctance to second-guess military decisions – the same argument the lower courts considered and rejected. Justice Alito wrote a 10-page dissent, arguing that the SEALs were “treated shabbily by the Navy” when they were “forced to choose between violating their religious beliefs and the punishment that the Navy threatened.”

Which brings us to the lawsuit brought by Lt. Col. Jonathan Dunn, an Air Force veteran of almost 20 years. As with virtually every other military employee who sought a religious exemption from the COVID-19 vaccine requirement, Dunn’s exemption was denied. His lawsuit sought “protection against further punishment, including a discharge,” citing his First Amendment right to practice his religion.

Dunn’s case, however, was likely hampered by his allegations. According to the New York Times, and similar to the vast majority of individuals seeking the exemption, Dunn “has received many other vaccinations without objection.” (In fact, a Newsweek article last Fall identified 17 vaccines that military service members were required to have (or receive during basic training) in order to serve.) Dunn then explained why he objected to the COVID-19 vaccine: after hearing President Biden speak about it, he concluded that “the vaccine ceases to be merely a medical intervention and took on a symbolic and event sacramental quality.” This was, he said (again according to the Times), “akin to the ancient Roman laws requiring that sacrifices be made to Caesar.” Finally, Dunn argued that he had developed COVID antibodies after being infected and, presumably, he didn’t need the vaccine.

Both a District Court in California and the Ninth Circuit Court of Appeals denied him relief, and he sought emergency review in the Supreme Court. As noted above, on April 18, 2022, the Court rejected Dunn’s request in a one-line unsigned Order; again, three Justices – Thomas, Alito, and Gorsuch – dissented.

It remains our view that, while there is such a thing as a religious exemption to the vaccine mandate, for a number of reasons such exemptions will remain extraordinarily rare. These reasons include: all major religions have recommended vaccination against COVID, and virtually anyone claiming a “sincere religious belief” against this vaccine will already have been vaccinated against a wide variety of viruses, including as an adult. Nevertheless, until the Supreme Court weighs in on the exemption in a decision on the merits, the final chapter has yet to be written.

George Chuzi is a partner at KCNF. The firm has just published the 2021 edition of “Security Clearance Law and Procedure,” the essential resource in that field. If you have any concerns or questions regarding activities that may implicate a security clearance, the attorneys at KCNF are experienced in clearance matters and are available to assist.