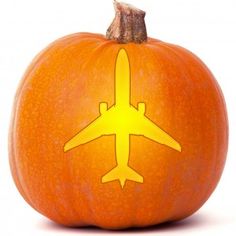 Mr. Sharif was employed by United Airlines as a Service Director at the Dulles Airport in Virginia. From March 16 to April 4, 2014, Mr. Sharif and his wife—also a United Airlines employee—went on vacation in South Africa and Italy, during which he was able to request time off or find coverage for all but one single day—March 30, 2014, a date on which he had been assigned the customer service shift.

Mr. Sharif asked for FMLA leave on March 30, 2014, based on his previously diagnosed anxiety disorder, for which United Airlines had allowed him intermittent leave for panic attacks. (Mr. Sharif developed anxiety after the Iranian government imprisoned and tortured him in 1981.) However, the United Airlines Employee Resource Center noticed that the FMLA request fell in the midst of Mr. Sharif’s and his wife’s planned vacation time, and subsequently initiated an investigation into the request. The Fourth Circuit accepted United Airline’s version of the events, finding that Mr. Sharif was appropriately interviewed as part of the investigation and that he gave a “series of inconsistent answers” that ranged from failing to recall being scheduled for work or requesting FMLA leave at all to his later explanation that he had made multiple attempts to return for his shift, and as a result of his lack of success, experienced a legitimate panic attack. Following the interview, United Airlines suspended Mr. Sharif without pay and ultimately proposed to remove him for “fraudulent taking [of] FMLA leave” and “dishonest representations.” On June 9, 2014, Mr. Sharif chose to retire rather than be terminated.

On its face, the Fourth Circuit’s decision appears driven by legally sound principles: namely, an employee cannot commit fraud and expect to be protected by a statute’s anti-retaliation provisions. However, employees and their advocates have much to fear from how the Court arrived at its decision. The Metropolitan Washington Employment Lawyers Association and the National Employment Lawyers Association submitted an amicus brief in support of Mr. Sharif that addressed the significant factual disputes between the parties and raised the question of whether an employer may rely on an honest—even if mistaken—belief that an employee was the malfeasor as a defense to accusations of retaliation. Although the Fourth Circuit saw “no reason to address the ‘honest belief rule[,]’” it is apparent from the Court’s reliance on the foregoing “facts”—which were heavily disputed—that the Court nevertheless adopted United Airline’s belief that Mr. Sharif acted fraudulently.

For example, Mr. Sharif explained that he had every intention of returning for his shift, but due to a confluence of world events, was unable to secure timely flights back, and was forced to fly to Italy to stay with a family member until he could return. Thus, Mr. Sharif introduced evidence that his panic attack on March 30 was a genuine manifestation of an existing medical condition, and a reasonable inference is that his use of FMLA was necessary and proper. Given the divergent narratives, both supported by proof, whether Mr. Sharif or United Airlines was telling the truth should have been determined by a jury of his peers. Nevertheless, the Court truncated the trial process by concluding that there existed no reasonable interpretation of events where Mr. Sharif could prevail. In doing so, the Fourth Circuit inappropriately decided in favor of facts that were advantageous to the employer when those decisions properly belonged to the jury.