Want That Clearance? Failing to Pay Taxes is Not Just a Matter of Whether you Owe Money 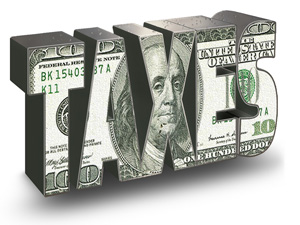 As holders of a security clearance know, financial problems can make getting or keeping a clearance hard. On the application for a security clearance, the SF-86 (or “E-QIP” when electronic), applicants are asked to report, for the last seven years, bankruptcy, financial problems due to gambling, delinquency on alimony or child support, adverse judgments or liens, repossessions, defaults, evictions, and other signs of financial difficulties or irresponsibility. As Paragraph 18 of Guideline F under the Adjudicative Guidelines, which encompass federal regulations governing the adjudication of clearances, explains:

Failure to live within one’s means, satisfy debts, and meet financial obligations may indicate poor self-control, lack of judgment, or unwillingness to abide by rules and regulations, all of which can raise questions about an individual’s reliability, trustworthiness, and ability to protect classified or sensitive information.

The issue for a security clearance is not the debt itself but what it indicates about “an individual’s reliability, trustworthiness, and ability to protect classified or sensitive information.”

Decisions of the Defense Office of Hearing and Appeals (“DOHA”) which adjudicates security clearance cases for federal government contractors, make clear that merely paying off past-due debts, while a good start to answering concerns raised under this Guideline, is neither sufficient nor absolutely necessary. Nevertheless, a sympathetic reason for the debt, such as having to suddenly care for an elderly parent, coupled with a demonstration that the applicant has addressed it and is in the process of paying it off, can be sufficient to mitigate the concerns past due debts can raise against a clearance.

That is generally not true, however, in the case of taxes. An applicant who fails to file or pay federal or state taxes faces an almost insurmountable burden to mitigate the concerns raised. Adjudicative Guidelines ¶ 19(g) specifies that failure to file or pay taxes raises a concern under Guideline F. The reason for this, as the DOHA Board explained in a recent decision, is that:

The Appeal Board also explained that:

Even when the reason for the tax debt is very sympathetic, the implications of the failure to file taxes will likely result in denial of the clearance. In ISCR Case No. 15-03205 (App. Bd. August 8, 2016), the Appeals Board sustained a negative clearance decision despite acknowledging that the applicant’s financial difficulties were largely due to his efforts to support his mother through bankruptcy. The Board sustained the Administrative Judge’s determination that the applicant’s failure to file or pay taxes nevertheless raised serious security concerns.

Failing to file even when an individual owes no taxes and expects a refund does not excuse the failure to file for security clearance purposes. In ISCR Case No. 14-00221 (App. Bd. June 29, 2016), the Appeal Board reversed a favorable finding, concluding that the Applicant’s argument that he had three years to file for a refund was immaterial. “By failing to file those tax returns in a timely manner, Applicant did not demonstrate the high degree of good judgment and reliability required of persons granted access to classified information.”

While DOHA in the past has demonstrated no inclination to treat the failure to file or pay taxes as anything but disqualifying for security clearance holders, that may soon change. Beginning in June 2017, DOHA will use a revised set of regulations to evaluate applicants for security clearances. Under the revised Guideline F, a new mitigating factor has been added:

the individual has made arrangements with the appropriate tax authority to file or pay the amount owed and is in compliance with those arrangements.

Adjudicative Guidelines (effective 08 June 2017), paragraph 20(g). This should mean that in the future, an applicant’s failure to pay taxes may be excused if the applicant has set up a payment plan with the IRS or state tax office and can show a track record of meeting obligations under the plan. In this respect, tax delinquency may be treated like any other financial problems, such as an unpaid credit-card bill. Whether tax debt will become, with the revised Guidelines, much like other debts considered under Guideline F, remains to be seen.