“We were going to do it anyway” claims are being debunked in retaliation cases. 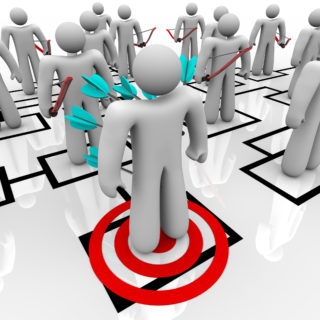 Recent decisions and statutes are making it harder for employers to legally claim they “were going to do it anyway” when taking an adverse action against an employee who has engaged in protected activity. Under the Whistleblower Protection Enhancement Act of 2012, a federal agency may escape liability for an adverse action if it can prove by clear and convincing evidence that it would have taken the action even absent the employee’s protected disclosure. In Craig v. Department of Treasury, the U.S. District Court for the District of Columbia rejected the Agency’s claim that it was just “proceeding along lines previously contemplated” when it detailed an SES-level employee to an inferior position just six days after the Agency learned he had filed an informal EEO complaint. In July 2017, the Occupational Safety and Health Administration ordered Wells Fargo to reinstate a Southern California woman, Claudia Ponce de Leon, “who was fired in 2011 three weeks after she called the company’s ethics line to report that colleagues were opening fake accounts in order to meet sales goals.” However, as of September 27, 2017, Wells Fargo was refusing to reinstate Ms. Ponce de Leon, claiming that she “was not fired because she blew the whistle on phony accounts, but because she engaged in inappropriate behavior.”

Federal government employees alleging unlawful retaliation under Title VII must show that retaliation was a motivating factor in the contested personnel action, even if it was not the only factor. Similarly, under the Sarbanes-Oxley Act, employees alleging bank fraud must show that his or her protected activity was a “contributing factor in the employer’s decision to take unfavorable employment action against the employee.” Even if the employer “were going to do it anyway,” as long as the employee’s protected activity either motivated or contributed to the employer’s decision to take the adverse action, the employer may be held liable. The recent cases involving the Department of Treasury and Wells Fargo identify certain facts that tend to establish the employee’s protected activity was a motivating/contributing factor in the adverse personnel action, thereby negating the defense that the action was going to take place anyway.

In Craig, the Agency claimed that it was contemplating Mr. Craig’s removal from his SES position before he engaged in any protected EEO activity. One month prior to his filing an informal EEO complaint, Mr. Craig and his supervisor discussed the idea of finding another position for him that would be a “better fit.” Just six days after he filed his informal EEO complaint, the Agency formally announced his removal from the SES position. The Court found no retaliation based on his removal from the SES position: “Although ‘temporal proximity of an adverse action close on the heels of protected activity is a common and highly probative type of circumstantial evidence of retaliation,’ the Supreme Court has made clear that ‘[e]mployers need not suspend previously planned transfers upon discovering that a Title VII suit has been filed, and their proceeding along lines previously contemplated, though not yet definitively determined, is no evidence whatever of causality.”

The Court did find, though, a genuine dispute as to whether the Agency’s transferring Mr. Craig to an Executive Lead position–which was an indisputably inferior position– after his removal from the SES position was done in retaliation for his engaging in the EEO process. The Agency claimed that Mr. Craig and his supervisor had discussed the parameters of his new role as the Executive Lead prior to his engaging in EEO activity, and that it was just “proceeding along lines previously contemplated” when it detailed him to the Executive Lead position. Mr. Craig, however, “present[ed] competent evidence that casts doubt on how well formed the position was when Ms. Babers learned of his EEO activity.” The Executive Lead role was not defined when Mr. Craig and Ms. Babers had the “better fit” meeting in September 2012. More importantly, the Court noted, Ms. Babers “had not yet decided at least some fundamental details concerning the position by the time she learned of Mr. Craig’s EEO complaint. For example, Ms. Babers…had not yet ‘made a decision that [Mr. Craig] wouldn’t have any staff as of December 11, 2012’-just six days after she learned of his complaint.” The Court found that a reasonable jury could “conclude that detrimental aspects of the Executive Lead position were not decided until after Ms. Babers learned of Mr. Craig’s EEO activity.” The Court further stated that the critical inquiry is “what Defendant intended Mr. Craig’s detail to be prior to learning of his EEO activity.”

In the Wells Fargo matter, the Labor Department investigation which resulted in the order that Wells Fargo reinstate Ms. Ponce de Leon “found no evidence to back up the bank’s allegations” that she “drank excessively and…engaged in other inappropriate behavior.” At odds with Wells Fargo’s contention that she engaged in inappropriate behavior was the fact that Wells Fargo had promoted her “10 times over the span of a decade and on June 11, 2011, the same month she reported sham accounts. Three weeks later, the bank fired her.” Given Ms. Ponce de Leon’s promotion the same month she reported the sham accounts, it is difficult to credit Wells Fargo’s assertion that it contemplated her removal before it learned of her whistleblowing activity.

In the typical McDonnell Douglas Title VII analysis, when an employer has proffered a legitimate reason for an allegedly retaliatory action, the employee must come forward with “‘positive evidence beyond mere [temporal] proximity…to defeat the presumption that the proffered explanations are genuine.’” Procedural irregularities associated with the adverse action may constitute this positive evidence. In Craig, no one consulted with Human Resources concerning the detail position—which was unusual, according to the Human Resources representative, who “did not even learn about Mr. Craig’s detail until Mr. Peterson issued the Mint-wide announcement on December 11, 2012.” Additionally, Office of Personnel Management procedures governing detail positions for SES employees prohibit details that are not formally classified at the SES level for more than 240 days. “Despite this clear prohibition,” the Court noted, “Mr. Craig encumbered the Executive Lead position, well beyond this 240-day limit.” “Thus, the picture painted by the evidence is this: there was little or no advanced planning done to place Mr. Craig in the Executive Lead position and then, literally days after becoming aware of the EEO claim, Mr. Craig’s transfer was effected following no established procedures. Under those circumstances, a reasonable juror could certainly conclude that this was a knee-jerk reaction done in retaliation for his EEO claims.”

In Ms. Ponce de Leon’s case, given that Wells Fargo promoted her the same month she reported the sham accounts, and that it had awarded her numerous commendations over a period of six years–“the last one of which it awarded six months before firing her”–it is difficult to believe that Wells Fargo would have engaged in advance planning to effectuate her removal prior to becoming aware of her whistleblowing activities.

Ms. Ponce de Leon was the second Wells Fargo whistleblower whom OSHA ordered Wells Fargo to rehire. Around April 3, 2017, OSHA ordered Wells Fargo to not only reinstate a former bank manager, but also to pay him $5.4 million in back pay, compensatory damages, and legal fees. Like Ms. Ponce de Leon, he had received positive job performance reviews prior to his reporting incidents of suspected bank, mail, and wire fraud by two bankers. Wells Fargo told him he had 90 days to find a new job at Wells Fargo. He was fired after his search was unsuccessful, “and has been unable to find work in the banking industry since.”

Senator Elizabeth Warren, D-Mass, hailed OSHA’s order to reinstate Ms. Ponce de Leon as “the right decision to hold Wells Fargo accountable for retaliating against this courageous branch manager.” However, Wells Fargo is refusing to immediately reinstate Ms. Ponce de Leon, claiming the OSHA order is only preliminary, and that it intends to present new evidence on appeal “to prove it is right.” Wells Fargo has also chosen to ignore the Department of Labor’s order to reinstate the former bank manager. Wells Fargo’s refusal to reinstate violates the Sarbanes-Oxley Act regulations, which require immediate reinstatement upon receipt of the findings and preliminary order “regardless of any objections to the order.” Referring to Wells Fargo’s refusal to reinstate Ms. Ponce de Leon and the former bank manager, Senator Warren stated, “Wells Fargo’s continued attacks on its former workers is yet another reason why the Senate Banking Committee needs a hearing with Mr. Sloan [Wells Fargo CEO].” On October 3, 2017, the Senate Banking Committee held a hearing with Mr. Sloan. Senator Warren grilled Tim Sloan during the hearing. “In prepared testimony, Sloan apologized for the creation of the accounts and said the bank has hired back more than 1,000 workers who were wrongly fired or left under a cloud.” However, of the “1,000 who were wrongly fired,” and supposedly re-hired, Wells Fargo is refusing to rehire whistleblowers Ms. Ponce de Leon and the former bank manager.

Wells Fargo’s refusal to obey orders to reinstate whistleblower employees such as Ms. Ponce de Leon and the former bank manager notwithstanding, the recent orders and opinions from OSHA and the D.C. District Court show that employers can no longer always hide behind the “we were going to do it anyway” defense when it comes to retaliation claims.

Written by Valerie A. LeFevere.