What Federal Employees Should Know About Whistleblower Protections

I recently had the pleasure of meeting with leaders of Local 17 of the American Federation of Government Employees (AFGE) to talk about whistleblower protections for federal employees. Local 17 represents employees at the Veterans Administration (VA), which for years has generated more whistleblower complaints than any other federal agency. 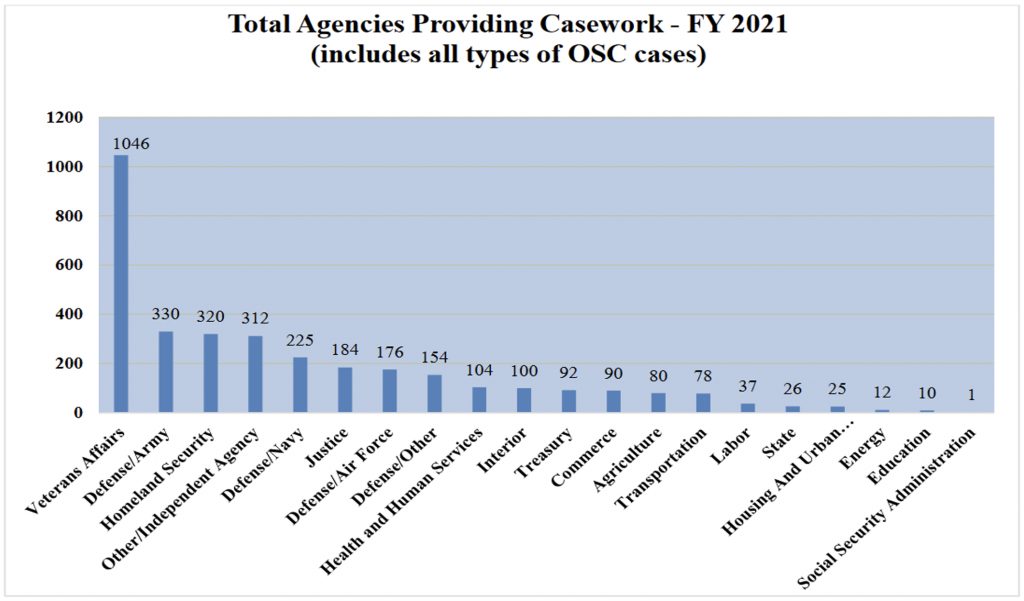 The Office of Special Counsel (OSC), which investigates federal employee whistleblower claims, reported that last year it received 1,046 complaints from the VA while the Army, the federal agency with second-highest number of complaints, had 330. Meanwhile, the Social Security Administration had just one.

I began my presentation on whistleblower rights with this quote from a 2012 Congressional report on the Whistleblower Protection Enhancement Act (WPEA): “It is critical that employees know that the protection for disclosing wrongdoing is extremely broad and will not be narrowed retroactively by future MSPB or court opinions. Without that assurance, whistleblowers will hesitate to come forward.”

This quote reminds us that the federal Whistleblower Protection Act (WPA) serves a remedial purpose and should be construed and applied to fulfill that purpose. Sadly, for too many decades, judges deciding federal employee whistleblower cases have not shown that they take this purpose to heart.

The WPA protects employees who disclose evidence of:

The WPA also protects participation in certain proceedings, including

The WPA protects any lawful disclosure to Congress (with special limits on the disclosure of classified information) and any refusal to follow an order based on a reasonable belief that following the order would violate a law, rule, or regulation.

These protections, however, are not all equal. Whistleblowers complaining about “gross mismanagement” or “gross waste” are subject to the discretion of judges who might define “gross” very narrowly. Decisions that limit which public health and safety issues are “substantial” and “specific” enough for protection are particularly important during a worldwide pandemic when every employee in every hospital and medical center is worried about contagion.

Whistleblowers and their advocates should know that individual instances of mismanagement, waste, and threats to public health might also be violations of a law, rule, or regulation. For example, a complaint about an Agency’s failure to provide personal protective equipment (PPE) could be evidence of a violation of the WPA, 29 C.F.R. § 1960.8(d). This federal regulation requires the head of each federal agency to acquire, maintain, and require the use of approved personal protective equipment, approved safety equipment, and other devices necessary to protect employees. The whistleblower’s claim of protection for disclosing a violation of this PPE regulation would not have to meet any threshold for being “gross,” “substantial,” or “specific.”

Whistleblowers who are willing to be open about their disclosures can establish the boss’s knowledge of their protected activities by revealing them directly to the boss. For example, an email. “Hey, boss, I just wanted to give you a heads up that I reported your misconduct to the Inspector General yesterday. Have a nice day!” would make it hard for the boss to get away with saying, “What, you went to the IG? I had no idea.” Too many whistleblowers have found out too late that they should have sent the so-called “revealment email.”

This difficulty in proving a supervisor’s knowledge of protected activity is shown by a November 8, 2022 decision, in which the Merit Systems Protection Board (MSPB) held that a VA dentist could not show that the official who fired him during his probationary period was aware of his complaint to HR about his supervisor’s threats and use of an illegal leave tracker form. Bajuscak v. VA, DA-1221-15-0552-B-1, ¶¶ 7, 11 (Nov. 8, 2022). That issue would have been avoided if the dentist had sent a revealment email.

Whistleblowers who disclose a violation of law or refuse to violate an illegal order need to show that they had a “reasonable belief” of the basis for that violation. A reasonable belief needs to be subjectively sincere, meaning that the whistleblower actually believes it is a violation. The disclosure also has to be objectively reasonable, which is determined by what a judge thinks would be reasonable for a hypothetical person with the same knowledge, training, and experience.

Participation claims do not require a showing of any reasonable belief. The whistleblower is protected for filing a retaliation complaint, irrespective of whether it has merit or not. Likewise, serving as a witness or assisting someone else with their proceeding is protected irrespective of whether the claim is proven in that other proceeding. Going to the IG, OSC, Congress, or in-house reviewers is also protected regardless of what was disclosed.

Since 2017, the WPA has a three-year time limit for making retaliation complaints to the OSC. For more information on the OSC process and filing a complaint, click here.

Richard Renner is a partner at KCNF. If you have any concerns or questions regarding whistleblower protections, the attorneys at KCNF are experienced in whistleblower laws and employment retaliation and can be contacted here.