What the Twitter Whistleblower Can Teach Us About Cybersecurity Whistleblowing 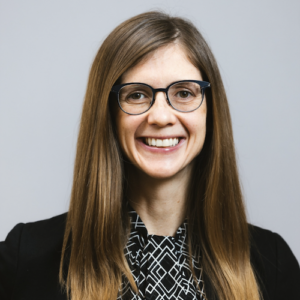 On September 13, Peiter “Mudge” Zatko, otherwise known as The Twitter Whistleblower, testified in front of Congress, telling tales of the company’s egregious disregard for even the most basic cybersecurity protections.

Congress has thus far failed to pass a national data privacy law, the most basic way to protect Americans’ information online and ensure that companies comply with minimum requirements. In the absence of national standards, whistleblowers will bear the burden of speaking out about companies’ and federal agencies’ failures to adequately protect the information with which they are entrusted and holding these organizations accountable.

Cybersecurity whistleblowing is a relatively new area of the law, as companies hold increasing amounts of data and repeatedly fail to safeguard that information. While the United States scrambles to pass a national data privacy/information security law, it’s worth considering whether employees such as Zatko, who witness in their jobs the mishandling of data or misrepresentation of cybersecurity protections at work, are protected from retaliation if they speak out.

What follows is an overview of some of the laws that may apply if you raise concerns about cybersecurity and data security vulnerabilities at work.

In his testimony, Zatko discussed the importance of Congress enacting privacy regulations and protecting whistleblowers – as an employee who was terminated after he raised concerns about cybersecurity vulnerabilities, he understands first-hand the danger of speaking out. For now, until Congress and the President enact comprehensive cybersecurity and data privacy regulations, whistleblowers are the last line of defense to protect the security of our online information.

Kate Krems is an Associate attorney at KCNF and is located in Boston. KCNF represents whistleblowers who seek protection under the statutes and programs identified above.

This article also appeared in Corporate Compliance Insights on September 28, 2022.