What’s Leave Got To Do With It? Revisiting Leave as a Reasonable Accommodation under the ADA in Severson v. Heartland Woodcraft. 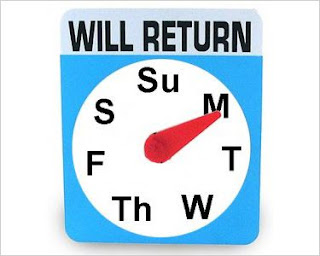 In a recent decision, the Seventh Circuit U.S. Court of Appeals held that the Americans with Disabilities Act (ADA) did not require an employer to accommodate an employee who had exhausted his 12 weeks of FMLA leave by providing him an unpaid leave of absence, reassigning him to a vacant position, or creating a light duty position for him. Severson v. Heartland Woodcraft, Inc., 872 F.3d 476 (7th Cir. 2017). Less than a month later, the court applied its holding in Severson to a similar case, Golden v. Indianapolis Housing Agency, 698 Fed. Appx. 835 (7th Cir. 2017). There, it reached the same conclusion about leave as a reasonable accommodation under the Rehabilitation Act.

At first blush, these decisions may appear to be outliers against the wealth of decades-old authority recognizing that leave of absence is a form of reasonable accommodation that employers should consider for disabled employees, even when they are ineligible for or have exhausted leave mandated by state or federal law, or other company-approved leaves of absence. Nevertheless, the 7th Circuit’s interpretation that the ADA does not require a two to three month leave of absence may be a noteworthy warning of the evolution of the meaning of reasonable accommodation under the ADA.[1]

I. An Abbreviated Background on Leave as an Accommodation.

Title I of the ADA requires an employer to provide a reasonable accommodation to disabled, qualified employees or applicants for employment, unless doing so would cause undue hardship to the employer. Reasonable accommodation includes modifications or adjustments to the work environment, or to the manner or circumstances in which the position held or applied for is customarily performed, that enable a qualified individual with a disability to perform the essential functions of that position. 29 C.F.R. § 1630.2(o)(1)(i-iii) (1997).

Since at least 2002, the EEOC’s Enforcement Guidance on Reasonable Accommodation and Undue Hardship under the ADA has permitted the use of leave as a form of reasonable accommodation when required by an employee’s disability. Indeed, in recent years, the EEOC has made a priority of enforcing violations of the ADA by focusing on employers with inflexible time-off and leave of absence policies. According to a 2012 paper published by Reed Group, the EEOC entered into numerous consent decrees with private-sector employers to remedy their failures to reasonably accommodate employees with disabilities under the ADA. The consent decrees required employers to undertake substantial obligations to post notice of the decree, amend polices, report frequently back to the EEOC, and provide training to employees.

Examples of the policies that violated the ADA illustrate how pervasively industry-leading employers terminated otherwise qualified employees with a disability in lieu of providing a leave of absence before the EEOC’s wave of enforcement activity in this area. According to the Reed Group’s paper, in November 2012, Interstate Distributor Co. entered into a consent decree with the EEOC following complaints over Interstate’s policies to allow a maximum leave period of 12 weeks and to terminate employees who were not 100% healed and able to return to work full time or full duty at the end of their leave. Verizon Communications was subject to an EEOC Consent Degree in July 2011 for disciplining or terminating disabled employees when they reached the maximum amount of “no fault” attendance plans, without considering additional time off as an ADA accommodation. United Airlines was subject to an EEOC Consent Decree in December 2010 because of its practice of requiring reservation sales representatives on disability leave to either retire or go out on extended leave, and then terminating those representatives when their leave ran out, without considering reduced hourly schedules as a reasonable ADA accommodation.

Employers defending against these cases typically argued, unsuccessfully, that employees were not “qualified” within the meaning of the ADA under the plain language of the statute. They argued that 42 U.S.C. §12111(8) defines a qualified individual as one “with a disability who, with or without reasonable accommodation can perform the essential functions of the employment position that such individual holds or desires.”[2] But in reliance on the same language, the courts have generally reasoned that a qualified individual is one who has the skills, training, education, and experience to perform the essential duties of his or her job despite a disability, and thus is “qualified” by virtue of credentials. To limit accommodation to those who “can successfully perform” the essential functions of a position “without reasonable accommodation” limits the protections of the ADA to those who don’t need them.

II. What happened in Severson?

Raymond Severson worked for Heartland Woodcraft in a physically demanding position that required, among other things, lifting materials that weighed 50 pounds or more. In early June 2013, Severson took 12 weeks of medical leave under the FMLA when he was unable to work due to a back injury. On August 13, 2013, he informed Heartland that his condition had not improved and he was scheduled to have disc decompression surgery on August 27. He told Heartland that the expected recovery time from the surgery was at least two months. He requested an extension of his medical leave, but his 12 weeks of FMLA entitlement expired on August 27. When he spoke with human resources on August 26, Heartland told him it would end Severson’s employment when his FMLA leave expired on August 27. Heartland informed Severson he was invited to reapply with the company when he recovered from surgery and was medically cleared to work.

Severson eventually fully recovered after approximately three months. He did not reapply for his job. Instead, he sued under the ADA and alleged that Heartland should have accommodated him by providing him with two to three months of leave of absence after his FMLA leave expired. He also alleged that Heartland could have transferred him to a vacant job or to a temporary light duty position without heavy lifting until he was fully recovered.

The district court granted Heartland’s motion for summary judgment by making what was old new again and reasoning that only “qualified” individuals are entitled to reasonable accommodations. The parties agreed Severson was disabled and that he could not perform the essential function of lifting 50 pounds at the time he was fired. The court found that at the time Heartland fired Severson, the request for leave would not have been a reasonable accommodation since he was unable to perform some of the essential functions of his position, and he would remain unable to do so for as long as three months.

On appeal, the Seventh Circuit affirmed for two reasons.

The EEOC submitted an amicus curie brief arguing, in part, that the correct inquiry as to whether an accommodation is reasonable should focus on the employee’s ability to perform the essential functions of the job at the time the employee returns to work—not at the time the employee was terminated. The EEOC’s brief noted that the impact determining whether Severson was “qualified” at the time he was terminated would, in effect, “rule out leave as a possible accommodation under the ADA.” The court’s ruling specifically rejected the EEOC’s argument on the grounds that such an interpretation of the statute would equate “reasonable accommodation” with “effective accommodation,” the latter of which is not required under the ADA, and which would mutate the ADA “in effect, [into] an open-ended extension of the FMLA. That’s an untenable interpretation of the term ‘reasonable accommodation.’”[6]

However, following the Seventh Circuit’s application of Severson to its unpublished decision in Golden, the court’s rejection of “a multimonth leave of absence” as a reasonable accommodation under the ADA will apply to government employees. Golden involved a state housing agency police officer diagnosed with breast cancer. Golden exhausted all 16 weeks of her unpaid medical leave (12 weeks of FMLA and four weeks of unpaid medical leave granted by agency “custom”). After meeting with the agency the day before her leave was due to expire, Golden requested an unpaid leave of absence under the agency’s “General Leave of Absence (Unpaid Leave)” policy, which permitted leave for a specific period of time not to exceed six months. The agency rejected Golden’s request and fired her the next day. Golden sued the agency under the ADA and Rehabilitation Act for failing to accommodate her by granting her an additional six months of unpaid leave. The court affirmed summary judgment granted to the agency.

While employees should be aware of the possibility that other federal courts could adopt Severson or Golden, none have as of the time of this publication. Helpfully, Golden is distinguishable from Severson, including because the employee’s doctor could not provide a date on which she was expected to return to work. Judge Rovner’s concurring opinion in Golden also highlights that the court’s adoption of Severson’s “per se rule that ‘a long term leave of absence cannot be a reasonable accommodation’” is “without any support from the text of the Americans with Disabilities Act.”

In sum, employees with disabilities that require lengthy leaves of absence should typically include an expected date of return to work in their requests for medical leave. Despite the efforts made by the terminated employees in Severson and Golden, best practices include keeping one’s employer up to date about any changes to the length of leave required or one’s expected date of return, including, if possible, by keeping one’s employer updated about the progress or ineffectiveness of medical treatment.