While Marijuana Use Has Been Legalized in Some Places, New Guidance Reminds Security Clearance Applicants That Use Can Still Be Disqualifying 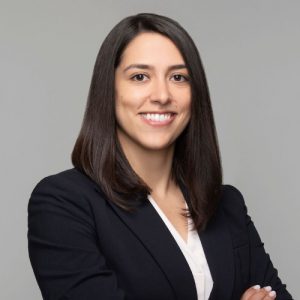 It is no secret that someone requiring a security clearance for a particular job (i.e., an applicant) will run into trouble if they have used marijuana. With an increasing number of state and local governments legalizing or decriminalizing uses of marijuana, however, both applicants seeking a clearance and some adjudicative agencies (executive branch agencies authorized to conduct adjudications of covered individuals to determine eligibility to hold a sensitive position) have questioned whether marijuana use should remain a potentially disqualifying security concern.

Since 1996, when California became the first state to legalize medical marijuana, 18 states plus Washington, D.C., Guam, and the Northern Mariana Islands now allow marijuana for adult-use, and 36 states plus D.C., Guam, Puerto Rico, the U.S. Virgin Islands, and the Northern Mariana Islands allow for medical use. Most recently, Connecticut, New Mexico, New Jersey, New York, and Virginia all legalized adult-use in 2021. Notwithstanding these changes at the state level, federal law pertaining to marijuana remains unchanged: marijuana is categorized as a controlled substance under Schedule I of the Controlled Substance Act, and its use is still relevant to adjudications of eligibility for access to classified information or to hold a sensitive position.

When marijuana use is challenged as a disqualifying security concern, several reasons are typically cited:

For these reasons, adjudicators have looked at all the facts and circumstances, including any applicable mitigating conditions outlined in Security Executive Agent Directive 4’s adjudicative guidelines, in determining whether the marijuana use raises a security concern and is disqualifying.

On December 21, 2021, particularly in response to the changing landscape of marijuana use under state law, Director of National Intelligence Avril Haines issued a memorandum clarifying the guidance provided to adjudicative agencies regarding an individual’s involvement with marijuana. This guidance addresses:

Recency of use: adjudicators continue to weigh an individual’s prior marijuana use to determine whether such behavior raises a security concern and, if so, whether that concern has been mitigated. Relevant mitigating conditions include, but are not limited to, “frequency of use and whether the individual can demonstrate that future use is unlikely to recur, including by signing an attestation or other such appropriate mitigation.”  Prospective security clearance holders should refrain from any marijuana use upon initiating the national security vetting process, which begins when they sign the certification contained in the SF-86. Anyone who indicates an intent to continue using illegal drugs in the future—including marijuana—will be disqualified from holding a security clearance.

Use of CBD: the Agriculture Improvement Act of 2018 excluded hemp with a delta-9 tetrahydrocannabinol (“THC”) concentration of not more than 0.3 percent from the definition of marijuana within the Controlled Substances Act. Products labeled as hemp-derived but that contain greater than 0.3 percent THC continue to meet the legal definition of marijuana and remain illegal under federal law. Because studies have shown that some CBD products exceed the 0.3 percent THC threshold, their labels to the contrary notwithstanding, there is a risk that using these products may cause sufficiently high levels of THC to result in a positive drug test. Should an individual test positive, they will be subject to investigation; a positive drug test will raise a security concern that will need to be mitigated.

Investments: so long as the cultivation and distribution of marijuana remains illegal under the Controlled Substances Act, an individual’s adjudicative determination may be negatively impacted should they “knowingly and directly invest in stocks or business ventures that specifically pertain to marijuana growers and retailers.”  Such an investment, which the individual knows violates federal law, could reflect questionable judgment and an unwillingness to comply with laws, rules, and regulations. Indirect investment, however, is not considered relevant to adjudications. Specifically, where the investment is not direct, e.g., the marijuana-related investment is part of a diversified mutual fund that is publicly traded on a United States exchange, adjudicators should presume the individual did not knowingly invest in a marijuana-related business.

While this Guidance does not substantively change the policy set forth in SEAD 4’s adjudicative guidelines, it is a reminder to the national security workforce that marijuana use remains relevant—though not determinative—in security clearance determinations.