Will AB 3080 make an Epic U-turn in California? Probably not. 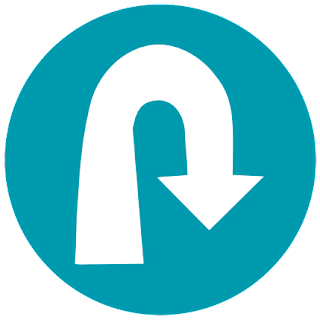 On August 22, 2018, the California Assembly passed Assembly Bill (AB) 3080, which, prompted in part by the #MeToo movement in Hollywood, would prohibit mandatory arbitration of almost all types of employment law claims in California and prohibit non-disclosure agreements related to sexual harassment claims. Governor Jerry Brown must sign or veto AB 3080 by September 30, 2018.

If signed, AB 3080 would prohibit any employer from requiring an employee or applicant, as a condition of employment, to sign an agreement to “waive any right, forum, or procedure” for alleged violations of the California Fair Employment and Housing Act (FEHA) or the California Labor Code, among other things. The immediate impact of the Bill would be to prohibit employers from demanding that employees waive their right to sue the employer in court for claims of discrimination and/or sexual harassment and, instead, agree to mandatory arbitration.

Court cases alleging discrimination and harassment are presented to a jury made up of men and women, who decide whether the employee has been the victim of conduct at work and, if so, how much should be awarded in damages. A court decision can be appealed if one side or the other believes it’s wrong. An arbitration, on the other hand, is presented to an arbitrator, whose decision typically cannot be appealed. Cases brought in court are public, whereas sexual harassment claims resolved before arbitrators are done so privately. Employers strongly favor arbitration.

The Bill also prohibits an employer from retaliating against an employee who refuses to sign the waiver. While the Bill does not apply to a person registered with a self-regulatory organization, as defined by the Securities Exchange Act of 1934 (such as a stock exchange), the vast majority of employees in California will be covered. If signed, the Bill would extend much further than claims of sexual harassment, since it effectively prohibits mandatory arbitration clauses for any alleged violation under the FEHA or the state’s Labor Code. It would also become the first state law enacted after the Supreme Court’s May 2018 decision in Epic Systems Corp v. Lewis, which held that an employer’s class action waiver clause in an arbitration agreement with its employees was valid under the Federal Arbitration Act (FAA). The Bill’s enactment after Epic promises to relieve many employees in California of mandatory arbitration clauses they may have signed and, on the contrary, restore to them the right to be heard in court for nearly any employment-related claim against their employers.

But the terms of AB 3080 that outlaw mandatory arbitration agreements in the employment relationship may contravene Epic’s holding and rationale. AB 3080 makes no concession to the Federal Arbitration Act, which opponents of the bill argue preempts the effect of any state law to the contrary. As the Court reasoned in Epic, Congress enacted the FAA in 1925 to ensure that courts treated arbitration agreements as “valid, irrevocable, and enforceable.” Thus, even if some experts’ predictions that Governor Brown may sign the law turn out to be true, AB 3080 would be vulnerable to a challenge to its enforceability as preempted by the FAA. Whether a Supreme Court that believes the federal government is limited in the restrictions it can place on state sovereignty will defer to California in this instance remains to be seen.