Wrongful Termination and the Internal Investigation in the District of Columbia 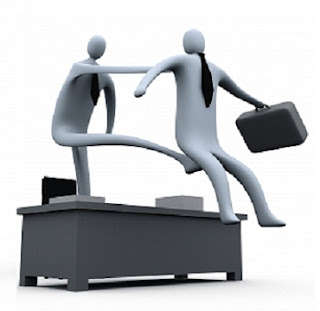 This blog continues to assess the relationship between wrongful termination and an internal/external investigation. We previously discussed Maryland law. We are now focusing on the law in the District of Columbia.

Whereas Maryland provided a distinction between an internal and external communication, the District of Columbia does not. Instead, D.C. law focuses on the substance of the communication.

Under District of Columbia law, “employment is presumed to be at will, unless the contract of employment expressly provides otherwise.” Thus, an employee who serves at the will of his or her employer may be discharged “at any time and for any reason, or for no reason at all.”

As in Maryland and Virginia, D.C. courts recognize three separate categories of protected conduct under the exception to the employment at-will doctrine: (1) refusing to engage in illegal activity; (2) exercising a constitutional or statutory right; and (3) reporting criminal conduct to supervisors or outside agencies.

Historically, an employee received protection only if terminated in retaliation for refusing to break the law. Thereafter, in Adams, D.C. recognized a cause of action for wrongful termination but warned that courts should confine the application of the public policy exception to very narrow cases where an employee’s refusal to violate the law was the exclusive cause for termination.

Thereafter, the D.C. Court of Appeals clarified that “the very narrow exception created in Adams should not be read in a manner that makes it impossible to recognize any additional public policy exceptions to the at-will doctrine that may warrant recognition.”

In Carl v. Children’s Hospital, a nurse was terminated for testifying before the District of Columbia Council concerning proposed tort reform, for taking a position contrary to the interests of her employer, and for appearing as an expert witness for plaintiffs in medical malpractice cases. Though she did not assert a violation of any law, the D.C. Court of Appeals reasoned that the Adams decision did “not foreclose any additional ‘public policy’ exceptions to the general rule that employment contracts are always at will unless they expressly provide otherwise.” To fit within the parameters of the Carl decision, a terminated employee must “make a clear showing, based on some identifiable policy that [has] been officially declared in a statute or municipal regulation, or in the Constitution, that a new exception is needed” to the employment at-will doctrine. There must also be a “close fit” between the policy and the conduct at issue in the allegedly wrongful termination.

Likewise, an internal communication that meets the Carl requirements provides an employee with protection. For example, in Liberatore, the plaintiff, a drug store pharmacist/manager, was terminated after internally reporting the fact that the store’s failure to control its air temperature adversely affected the condition of certain drugs it stored. The D.C. Circuit noted that the case was not within the “narrower public policy exception announced in Adams” because the plaintiff “did not present his employer with an outright refusal to violate a specific statute or regulation,” and it was not clear that plaintiff’s threat to report his employer to the FDA was the sole reason for his termination. However, the Court held that the plaintiff’s allegations were sufficient to support a claim for wrongful discharge because he internally reported – and threatened to report to the FDA – conditions that violated both federal and D.C. laws protecting the public from the purchase of adulterated drugs, thereby implicating an expanded public policy of the kind discussed in Carl. In doing so, it observed that D.C. law did not appear to “draw a distinction between a threat [to lodge a complaint] and an actual complaint to the appropriate enforcement official,” nor would it bar suit where the alleged illegal conduct by supervisors had been reported only to management.

The District of Columbia has recognized that where there is already a statutory framework in place, there is “no need to create a new exception to the at-will employment doctrine.” Thus, in Carter, the Court declined to create a public policy exception where the plaintiff’s conduct “fell squarely under the aegis of the District’s Whistleblower Protection Act,” which “provides that an employee aggrieved by a prohibited personnel action may bring a civil action for monetary and equitable relief.” For more information, look at LeFande v. District of Columbia and Kassem v. Washington Hosp. Center. In Kassem, the Court decided that the exception was unavailable “where the very statute creating the relied-upon public policy already contains a specific and significant remedy for the party aggrieved by its violation”. Overall, since Carl, wrongful termination in the District of Columbia has been held to encompass claims of discharge in retaliation for whistleblowing, as explained by the Court in Liberatore, Taylor v. WMATA, and Fingerhut v. Children’s Nat’l Med. Ctr.

After Carl, decisions in the District of Columbia have used a case-by-case analysis, initially resulting, in general, in a more liberal interpretation of the claim for wrongful discharge.

Recently, however, the U.S. District Court noted that the trend “following the Supreme Court’s restatement of pleading standards in Twombly and Iqbal, is towards requiring a closer fit between the public policy and the whistleblowing.” For example, in Mpoy v. Fenty, a special education teacher who alleged wrongful discharge after disclosing instructions from the principal to falsify test scores was determined not to have identified a clear mandate of public policy, and in Leyden v. Am. Accreditation Healthcare Comm’n, the plaintiff who alleged conflicts of interest at a healthcare accreditation organization was held to have failed to identify public policy specifically prohibiting the conduct she internally reported. The Clay decision cited with approval the summary from Leyden that the “common denominator” in viable wrongful discharge claims is “the existence of specific laws or regulations that clearly reflect a policy prohibiting the activity about which the employee complained whether or not the employer actually violated the law or regulation.”

In some of these cases, other federal or local laws may provide better protections. For example, a worker with a food safety issue could find relief from retaliation through the Food Safety Modernization Act (FSMA), 21 U.S.C. § 399d. FSMA claims must be filed with OSHA within 180 days of each adverse action. Sadly, workers with pharmaceutical safety issues have no specific job protections under federal law, even though the FDA regulates both food and medications. KCNF maintains a chart of available whistleblower protections here.