Wrongful termination and the Internal Investigation in Virginia 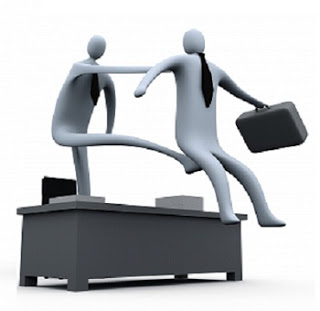 This blog continues to assess the relationship between wrongful termination and an internal or external investigation. We previously discussed Maryland and District of Columbia law.  We are now focusing on the law in the Commonwealth of Virginia.

Virginia courts strongly adhere to the common law employment-at-will doctrine. As in Maryland and the District of Columbia, Virginia employers can terminate at-will employees for any legal reason or for no reason at all, unless it violates a law or there is a “public policy” exception.

However, the public policy exception is limited. The Supreme Court of Virginia identified a narrow exception to this rule in Bowman v. State Bank of Keysville. Under Bowman, wrongful discharge under its “public policy” exception must fit into one of two categories. The first involves laws containing explicit statements of public policy (e.g., “It is the public policy of the Commonwealth of Virginia [that]…”). The second category involves laws that do not explicitly state a public policy, but instead are designed to protect the “property rights, personal freedoms, health, safety, or welfare of the people in general,” where such laws must be in furtherance of “an [underlying] established public policy” that the discharge from employment violates.

Subsequent Virginia Supreme Court decisions have held that viable Bowman claims for wrongful discharge are limited to three factual circumstances. In Rowan v. Tractor Supply Co., the Court explained: (1) the employer violates a public policy enabling the exercise of an employee’s statutorily-created right; (2) the public policy violated by the employer is explicitly expressed in a statute and the employee is clearly a member of the class of persons directly entitled to the protection enunciated by the applicable public policy; or (3) the discharge is based upon the employee’s refusal to engage in a criminal act.  Importantly, and as a threshold matter, caselaw indicates that the plaintiff must identify a Virginia statute establishing a public policy that has been violated by the employer.

In contrast with the decision by the Maryland Court of Appeals in Wholey v. Sears Roebuck, there is no internal whistleblowing defense offered to employers in Virginia. Though there is not much case law directly on point, in Seay v. Grace Jefferson Home, et al., the circuit court overruled a demurrer when plaintiff “brought to her employer’s attention certain violations of state law, and cooperated with a state inspector who was investigating those alleged violations. In permitting the wrongful discharge claim to continue, the Court emphasized that the plaintiff “complained to her employer” and also “complained to a representative of the governmental agency charged with investigating wrongdoing of the type complained of.”

Notably, in Bowman, the Supreme Court stated that it was relying in part on the decision in Harless v. First National Bank in Fairmont (also cited in Seay). In Harless, the Supreme Court of West Virginia held that a bank employee, discharged as a result of attempts to require his employer to comply with both state and federal consumer credit protection laws, had stated a cause of action for wrongful termination. In Harless, the interactions were internal. Specifically, the plaintiff brought allegedly illegal actions to the attention of his superiors who were vice presidents of the bank. Subsequently, plaintiff appeared before a bank committee which was investigating the matter. Later, plaintiff was interviewed by one of the defendants and the bank’s auditor. Thereafter, his employment was terminated.

Thus, the analysis in Virginia focuses on the public policy allegedly violated, and not to whom a complaint of wrongdoing is made.

As to internal whistleblowing, there are reports documenting how the large majority of employee disclosures are made internally. Most employees want to see their issues resolved within the chain of command, or within other processes of their employer. This makes protecting the internal whistleblower all the more important to encourage employees to disclose violations and to allow employers to detect them. Please contact our Firm if you are interested in further information on this issue.