You’ve come a long way, baby…But how about Mom?

How long does it take for caselaw to make its way into the mainstream of society and truly become the rubric by which individuals (and hence corporations and governmental agencies) conduct themselves? Too long–fatally too long, in some cases. Eradicating firmly held–but politically incorrect, morally incorrect, and legally incorrect–notions, standards, and practices is, to say the least, a challenge. This is certainly true of women who have been fighting against sex-based pregnancy discrimination. 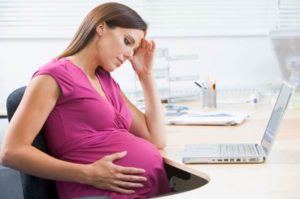 Each of these three cases offers the possibility of rulings that will add to the growing body of caselaw protecting the rights of pregnant employees—and their unborn children. To those pregnant employees who need workplace accommodations, do not assume your employer will either know or abide by the PDA and/or the ADA. Instead, you may wish to seek the assistance of a lawyer who is able to firmly remind your employer of his or her obligations under those Acts and take suitable action if your employer fails to do so. Kalijarvi, Chuzi, Newman & Fitch has significant experience handling pregnancy discrimination cases. As these cases demonstrate, there is too much at stake to not do so.

Written by Valerie A. LeFevere