IN FOCUS: The clean record ban may be causing settlement rates to drop, but not as much as some expected — at least not yet, experts told cyberFEDS® in exclusive interviews.

Settlements have dropped by over 6 percent between 2017 — the year before the clean record ban began — and 2019, according to preliminary data provided by Merit Systems Protection Board acting Executive Director Bill Spencer.

Although the 2019 numbers are unaudited and preliminary — as the MSPB is still compiling end-of-year data for FY 2019, which ended Sept. 30 — Spencer said that between FY 2017 and 2019, initial appeals that were not dismissed settled at the following rates:

The declining settlement rates are important because the Office of Personnel Management recently proposed rules that would “put into regulation” Section 5 of Executive Order 13839, which bans agencies from modifying an employee’s personnel record to settle a complaint, Kalijarvi, Chuzi, Newman & Fitch’s James Eisenmann told cyberFEDS®.

This clean record ban “has been an absolute stopper for many, many settlement agreements,” as many settlements previously were achieved by the agency removing the contested action or performance evaluation from the employee’s record, he explained.

Attorneys on both sides — representing employees and agencies — are frustrated and “don’t like” this requirement because the clean record ban “keeps them from settling cases,” Eisenmann said.

If finalized, the proposed rules would result in the “continuation of a problem and make it semi-permanent” because revoking an executive order is much more straightforward than changing regulations, he added.

Former MSPB Administrative Judge Richard Vitaris told cyberFEDS® that he would have expected a larger decrease in settlement rates, but a few factors may have prevented a drastic drop even with the clean record ban, such as the lack of quorum at the MSPB.

“AJs continue to pitch for settlement by emphasizing the need for closure” because an MSPB appeal will not be resolved for years and a Federal Circuit appeal is costly, Vitaris said. Even if the quorum was reestablished soon, the current backlog would take three years to resolve, so settlement is often a better option than waiting for years to “get on with their lives and careers.”

Even once a quorum is restored, “it will still take a couple of years to affect how AJs are approaching this” because the backlog will prevent appeals from getting to the board for years. However, “when the backlog is gone and cases are being processed more quickly, the settlement rate will drop more,” Vitaris predicted.

Even though the employee could appeal to the U.S. Court of Appeals, Federal Circuit instead of the MSPB, most employees will not choose that option because filing fees and attorneys are expensive. In contrast, agencies cannot appeal to the Federal Circuit unless they get approval from the Office of Personnel Management, which is rare, he said.

If the agency sees that the AJ is going to rule for the employee, settlement can achieve most of the agency’s goals — to keep the employee out of the office and keep them from being rehired at that agency, Vitaris said.

To get employees to settle, some agencies have been offering more money or “a settlement with a clean record that is not a clean record,” Vitaris said.

A “clean record that is not a clean record” means the agency agrees to tell non-federal sector employers that the person resigned but still puts what happened in the official personnel folder so that other agencies will know about the issue giving rise to the discipline, he explained.

This “allows the employee to get on with life, just not in the federal sector,” he added, which for “advocates of the EO is the best of both worlds and prevents the person from coming back to federal government while not crippling the person.”

Agencies can also get around the EO by saying the action was taken in error, but this would deprive agencies of one of the traditional benefits of settlement agreements — terms stating that nobody is admitting any wrongdoing, Vitaris said.

In essence, the agency would have to say the action was an unwarranted personnel action to remove it from the personal record, he said.

Generally, agencies never want to admit wrongdoing or say a personnel action was unwarranted, but agencies could achieve settlement this way, he said. 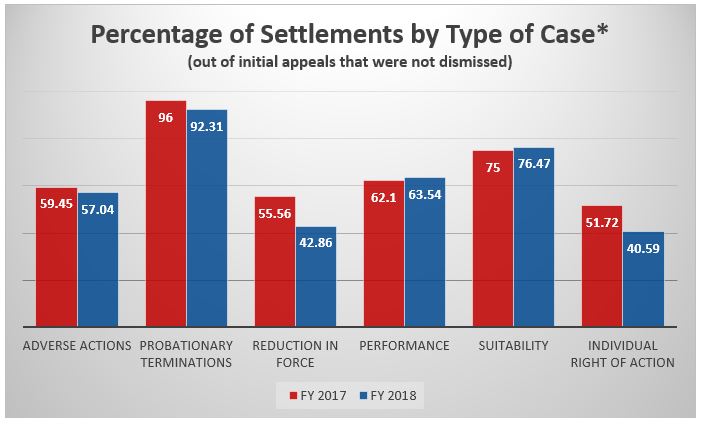